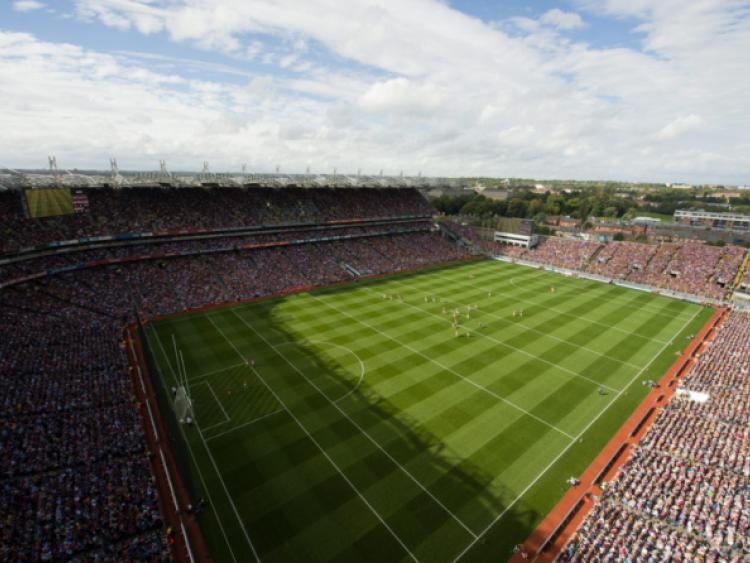 In this week’s column Martin Kiely looks ahead to Limerick’s All Ireland semi-final clash with Kilkenny.

In this week’s column Martin Kiely looks ahead to Limerick’s All Ireland semi-final clash with Kilkenny.

Croke Park has provided the backdrop for many hard days for Limerick hurling. The famed venue has witnessed the pain and tears of many a player and supporter. Over the past s74 years the county has won just one All Ireland title and that nauseating statistic has hung like a dark cloud over Limerick hurling for far too long.

This Sunday Limerick will once more endeavour to seal their place in this year’s All Ireland final when they face Kilkenny in what has the making of a cracking game of hurling. Kilkenny under Brian Cody has proven to be the greatest hurling team of all time and regardless of what happens on Sunday no one can take that mantel from them.

They go into Sunday’s game having won the National League and the Leinster title and that’s nothing new to them but they will not take Limerick for granted in anyway. Cody behind the cutting exterior is a real hurling man, a man that loves the game to its very core. He might not say or admit it but deep down the curtain is not far from falling for this team. Will that be next Sunday or later in September?

Because of what Kilkenny have achieved very few will trust Limerick to pull off the shock of the hurling season. The safe option is to go with Kilkenny and on most days they have delivered. I watched the Leinster final where Kilkenny faced a poor Dublin team, it took them a good while to put them away and for that reason I feel Limerick have a massive chance of beating them on Sunday.

Kilkenny are not what they once were but I get the sense they will hurl with their last breath to win this year’s All Ireland final. Some new players have added much needed strength to the team but delivering a title will still rest on the shoulders of those who have carried much weight over many years.

If Limerick can meet Kilkenny head on from the opening whistle next Sunday then I feel they will stand a great chance of winning the game. They won’t lack motivation or passion but this game will require more than that if Limerick are to win.

Limerick will need to be smart in application and economical with possession. Kilkenny possess the skill and character to blow teams away in a short time and Limerick cannot allow them time and space to do that.

Brian Cody has a fair few options in his team and bench and that ultimately could be Limericks undoing. I expect them to target the Limerick half backline. They will have seen weakness here in both the Cork and Wexford game and unless Limerick get men back to provide a few road blocks they might suffer badly in this area.

Limerick learned nothing from the Wexford game and it will have no bearing on Sunday’s encounter. That game was over at halftime and they will not enjoy such space against Kilkenny. The winning of this game for Limerick will rest with how our defence copes with the Kilkenny forward line.

Limerick will get chances at the other end but rest assured they will be made slog for every score. This game will provide the acid test for many Limerick players and if they can handle the rough and tumble and still manage to hurl then they will be well on their way to winning.

I was working for RTE the day of the Leinster final and was seated very close to the Kilkenny bench, I have observed Cody and Co over many years from this position and I have a fair idea of how they work. They don’t overdo things and the message will always be simple.

They will have planned well for Limerick and I expect them to target goals early in this game. They will go for blood early and so often in the past they have wiped teams away with such scores. Kilkenny have some really class hurlers and in Richie Hogan they have the best midfielder in the country so far this season. I would expect Paul Browne to pick him up and he has the tools to make life very difficult for him.

Having a plan and the execution of it are vital to beating Kilkenny and that rests with the management to design and the players to implement. Limerick has some really good players and getting them on the ball and the decisions they make with it will decide the outcome of this game.

Limerick has hit a huge amount of wides in games so far and I feel players in possession need to be more open to passing to a player in a better position. We have seen a good bit of hitting in haste and if they continue that against Kilkenny then rest assured they will hand over control of the game. The Limerick management must be ready to act because if they sit and wait in Croke Park in the hope that a player might improve then it will be game over.

I have studied Kilkenny from the sideline over many years and I have seen the simplicity of their style win games in a canter but they have shown this year that they have the ability to mix it short when needs be and get the same results. For all of that I feel they will deliver long high ball into their forwards for this game with Limerick.

They have some proven ball winners in the air and the Limerick defence will be rained with missiles from the very start of the game. Limerick will have to get players back to crowd out this area and that will mean our half forwards playing deep and working very hard. Some players on the Limerick team need to work harder and show a wiliness to dig deep in this game.

I feel if the Limerick forwards have the skills to really test Kilkenny, they will know it won’t be easy to break down the Kilkenny backs but some of those backs are not moving as they once were and chances will come if they take them on.

I feel Nicky Quaid will have a crucial part to play in the game, he will need to pin-point his puck outs to the best advantage of the Limerick half forward line because if they take a direct line to goal they will cause real problems for Kilkenny.

Limerick has a bit of unfinished business in Croke Park, for too long Limerick teams have failed badly when it mattered most. I think they are in a far better position this year than last because they will take game momentum into Croke Park whereas Kilkenny have had a long wait. Limerick need to put doubt into Kilkenny very early, they need to let them know this is a different Limerick team than they have played before.

I spent a few hours with Aidan O’Brien in Ballydoyle last week and he said, “When you’re looking back it’s over.” The time for Limerick hurling looking back is truly over so go to Croke Park and create a new future for our county, hurl with passion and pride and the rest will take care of itself.