Don’t Mind Me: Next thing you know they will be taxing the air 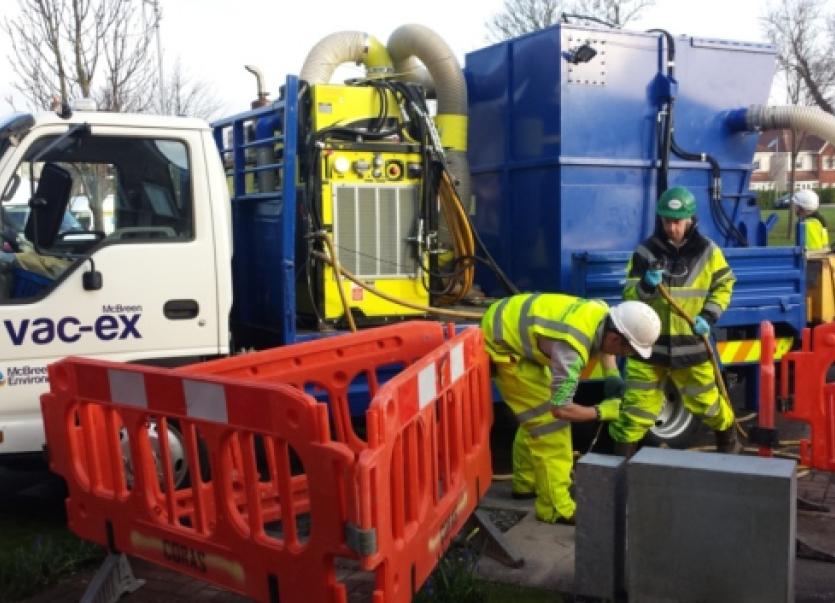 ALL I can say this week, as the estimated average water charge is being disclosed to a shell-shocked nation, is this: thank God for the well! But now that I’ve said it, I’m not sure if it’s a good idea at all to draw attention to this infinite source of pure spring water on our farm.

ALL I can say this week, as the estimated average water charge is being disclosed to a shell-shocked nation, is this: thank God for the well! But now that I’ve said it, I’m not sure if it’s a good idea at all to draw attention to this infinite source of pure spring water on our farm.

If I’m not careful, the well could be hi-jacked and siphoned off by anti-water charge militants with not a drop to drink in their own homes, or worse still, Irish Water could decide to take it over, and leave us high and dry - as they’re aiming to do with the river Shannon.

I don’t think I need worry too much about the latter threat. With all due respects to Irish Water, whatever challenges the majestic and turbulent Shannon might pose, they wouldn’t have a clue how to deal with the seasonal mood swings of our well, and they’d probably spend a fortune trying to tame it.

For it’s a highly temperamental feature – a bit like myself. I’ve seen it go dry, for instance, in the middle of torrential downpours and I’ve known it to gush with pristine effervescence in the middle of a prolonged heat wave - the summer of 1995, if you want to know. But generally speaking, as a water source for the household, it has very seldom let us down. Even during the big freeze of 2011, when pipes were frozen solid two feet underground for weeks, the well still yielded water, although we had to forget about the gravity flow and, like Jack and Jill, we had to trudge up the hill to fetch a pail of water.

But now, you have no idea how good it feels not to have to worry about the water charges. I feel like one of the super rich who don’t have to pay any tax!

Having said that, I also have to admit that using the well as a source for the household water supply costs us a fortune in pumps, pipe repairs, filters and sterilisation. Even the increased new average water charge looks like a pittance compared to our average water bill, so I don’t really know why I should be feeling so smug.

Surely it’s only a matter of time before both are privatised, and then they’ll be encouraging us to use as much of their water as we can afford and telling us to forget about conservation or catching rainwater in barrels. The bottom line then won’t be the falling water table; it will be the rising profit margins.

But whatever about being forced to pay for water, why did we ever allow the provision of public water services to be taken out of the hands of County Councils after over 100 years and handed over to a large centralised semi state body. If we have to pay, surely it would be preferable to pay a local charge to an elected body that didn’t do such a bad job in the past when it was accorded sufficient resources.

Irish Water doesn’t even know what we’re like and now seems to be having some difficulty estimating the average family’s annual water consumption. Some families have half a dozen bathrooms, for heavens sake, and some have water guzzling lawns and gardens that can’t be allowed to wilt in the noonday sun, not to talk of lily ponds, Grecian fountains and miniature Niagaras. Others have exaggerated notions of hygienic needs. The idea of being confined to one shower a day is sending many people into a panic, fearing that they will smell in public, while Irish Water’s latest estimate that children use only 21,000 litres of water is filling the whole country with despair. But if my calculations are correct that’s nearly 60 litres a day per child which, in my opinion, shouldn’t warrant such widespread hysteria.

At the end of the day maybe what we really need to control is not so much our water consumption as our obsession with too much washing and compulsive hygiene. This very obsession is one of the current practices now being blamed for the fact that one in four of us are suffering from a serious food or environmental allergy. As my mother used to say “we’re immune to nothing”.

One final word about our well! Don’t anyone even think of appropriating it for the public good. As well as being free from the over lordship of Irish Water, it has its own mystical qualities. It is protected by a solid ring of ancient hazel trees that have been self propagating since the days of the druids and which even a poteen maker on the look-out once for a source of pure spring water wouldn’t disturb. It’s also reputed to hold a cure for sore eyes, and sometimes you’d imagine it might even be the original home of the salmon of knowledge.

Maybe I should bottle it!