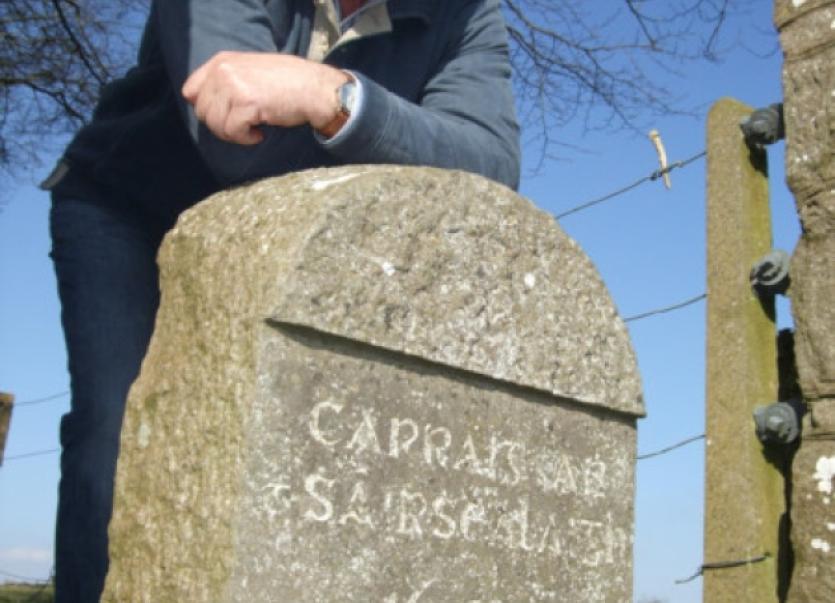 BORN in Limerick City, on the Roxboro Road, we moved to a ‘new’ estate called Greenfields, when I was three and I remained there until my late teens.

BORN in Limerick City, on the Roxboro Road, we moved to a ‘new’ estate called Greenfields, when I was three and I remained there until my late teens.

After working in London, followed by 16 years in Scotland, I came back to Limerick in 1998 and currently live in Murroe. My daughter, Fiona (VEC Teacher) and her husband Greig Oliver (Munster Rugby) live with my two lively grandchildren, Jack and Ciara in Limerick. My son Alan (a Mining Engineer) lives in Perth, Australia. I was educated firstly in the Model School and then went to Rockwell College where Fr. Aidan Lehane (RIP) was a great rugby mentor for me. The greatest influence on my life choices, however, has always come from my wife, Marci. At Rockwell, I was leader of the school orchestra and recently began playing once again, with some friends, calling ourselves ‘Blind Dog’.

Music and sport were a huge influence on my life at Rockwell.

Indeed, I was on the Rockwell Senior School’s team that was beaten in the final by St. Munchin’s College in 1968. This was St. Munchin’s very first Senior School’s Cup win. The only Limerick men on the Rockwell team that day were Eddie Molloy and myself. Both of us went on to play for Garryowen, where I was lucky to win both a senior and junior Munster Cup medal (as my son Alan, has also done). I left Limerick in 1972 to go to London, where I played for London Irish. It was while I was there, that I met my wife, Marci, who is Scottish.

My first foray into event organization occurred in 1980, when some dancer friends of my wife, and some musician friends of mine, decided to put on an event called ‘Workshop2’.

This was a contemporary song and dance show that we performed for the first time at the, then, National Institute for Higher Education (NIHE) at Plassey, and the following year in the Belltable Art’s Centre. It was only last year that we decided to create a festival to honour Patrick Sarsfield and the heroes of the Walled City of Limerick in 1690.

Patrick Sarsfield is the greatest single figure in the history of Limerick yet a large proportion of Limerick people know very little about him.

We hope to rectify this, by creating an annual event, in Limerick, in his honour. My role in this is as its Event Organiser, with the most help coming from my wife, Marci, and a small group of good friends. As this whole event is being done on a voluntary basis, it has been difficult to create the same degree of enthusiasm from the general public. I would love to see the people of Limerick supporting this event and changing the sense of apathy we have towards this historic figure. Being a festival organiser can be very demanding, though, with all of the requirements that need to be met these days in terms of the Health and Safety requirements, Planning, Logistics, sourcing volunteers, funding, and sponsorship, as well as completing Environmental Impact Assessments.

The Sarsfield’s Day Festival starts with a concert in the Big Top, at the Milk Market, presented in association with Dolans on Friday August 8.

The main festival involves a parade of over 100 fully costumed Jacobean horsemen riding out of King John’s Castle, over Thomond Bridge, and down Clancy’s Strand, culminating with a spectacular fireworks display, to re-enact the massive explosion which occurred at Ballyneety in 1690. We, also, have a Sarsfield’s Ride Cycle Tour, which follows the route to Ballyneety, leaving King John’s Castle on Saturday August 9th. This will be followed by a Medieval Fair in Arthur’s Quay Park, where we will have battle re-enactments, kiddie’s entertainments, Food and Craft stalls and an open Busking competition on both Saturday August 9th and Sunday August 10th.

Funding is the most difficult aspect of creating any event or festival.

Fáilte Ireland, the Arts Council, and Local Authorities, need to look more seriously at which events will create a real legacy for the future. I am a builder by profession, and one of the few upsides to the downturn in construction, was that it gave me the time needed to develop the Sarsfield’s Day Festival. The Arts in Ireland is a vibrant sector, but it is insular, and needs to be opened up more to the general public. Artistic groups need to work more closely to integrate the ordinary person on the street. Thankfully, there is a new shift in our thinking happening now. Limerick is a great place, but we have a long way to go, in order to make it, a brilliant place. For example, we are still some way behind university cities like Galway and unless we integrate the University of Limerick our city will die. Let’s get away from the doughnut effect and develop Limerick’s City Centre. We are, also, only now, beginning to utilise our greatest asset – the River Shannon itself.

If I was asked to do something else with my life, I would have liked to have been an archaeologist.

It is an occupation which I contemplated when I studied at Glasgow University. Indeed, I would love to see more people getting involved in local history and culture. For example, young children should have the opportunity to read about Patrick Sarsfield and the Sieges of Limerick, as part of their curriculum. I have a passion to honour the fighting spirit of the people of Limerick, who, when their backs were literally to the wall in 1690, fought like demons, against William of Orange and his mighty army, to protect their city. Let us resurrect that fighting spirit, and make Limerick an even better place to live in!

The Sarsfield’s Day Festival will run from Friday August 8th until Sunday August 10th inclusive. If you would like to act as a volunteer please email: info@sarsfieldsday.com For more information please see: www.sarsfieldsday.com