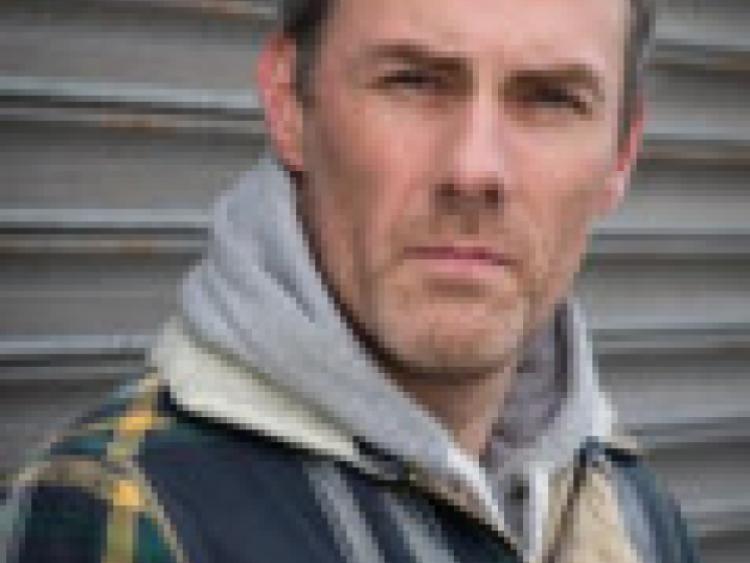 Born in Fremantle Western Australia, my mother is Irish and my father, who has passed on, was English.

Born in Fremantle Western Australia, my mother is Irish and my father, who has passed on, was English.

We returned to Ireland in the late 1970s and made our home in Clonmel, Co. Tipperary. 2011 was the first time I had the opportunity of working in Limerick, performing at Friars’ Gate Theatre, in a play called Set in Stone written by John Sheehy. This was my introduction to CallBack Theatre Co. and I am delighted to be working with John and Cora again. In 2014, Friars’ Gate Theatre, again offered me the opportunity to work as Dramaturg on their New Writing Initiative; directing an inaugural reading of the play Forgive Me Father, written by Mary Bradford; one of the participants on the course. I, also, gave a couple of workshops on acting for camera at Limerick Youth Theatre.

My Primary School education was at St. Mary’s in Clonmel.

I attended the Central Technical Institute during my post primary years. In 2003, I auditioned for the Gaiety School of Acting and after two years of intensive training, I graduated in 2005. In 2008, I returned to academic studies and graduated from Dublin City University with a B.Sc. in Education and Training. The following year I graduated from University College Dublin with an M.A. in Directing for Theatre.

A passion for acting developed from my love of the performance arts as a child.

During those early years I loved break-dancing down the park with my brothers, the local credit union talent shows, youth theatre and the local amateur dramatics groups; which my brothers were involved in, also. One of my mentors, in the early years, was Mary Cummins, founder of Gable Youth Theatre Clonmel. Mary instilled in me a greater desire to explore new avenues in the world of dramatic arts. In later years this evolved into a hunger for a more comprehensive knowledge and understanding of performance arts, an artistic need to explore life, our direction as a species, an interest in individuality and how we relate to one another as people.

Once I caught the acting bug, my goal was to be a professionally trained actor.

It was a choice that would prove to be a difficult path to follow, however. Firstly, my decision involved relocation to Dublin, where the cost of living tripled over night, meaning that I would, also, need to work part-time in order to meet the cost of third level education. Nevertheless, I followed my dreams despite these obstacles but it was hard work. In today’s economic climate achieving your goals is becoming more difficult, but not unattainable, if you are willing to apply yourself. The recession, cut-backs, the closure of many theatre companies and a very competitive market, means that you are not always going to be in employment. It pays, therefore, to create your own niche in the arts.

In order to succeed in acting one must first decide whether this career is truly for them.

If you are merely looking for stardom and all the trappings of wealth that come with it, you may well be sorely disappointed. Instead, if you truly love the art, the struggle pays off every time you step onto the stage. Regardless of what you want to do with your life, be brave enough to follow your dreams. Be the best you can be, regardless of what you are engaged in.

At nineteen I joined the Clonmel Shotokan Karate Club and over a decade won Munster and National titles.

I was, also, fortunate enough to get the opportunity to represent my country on the European stage, reaching the quarter finals of the European Cup. I, currently, train in Thai Boxing with my son Riain, at Courage Muay Thai Club Clonmel. It is essential for a person to be able to stand on their on two feet and equally important to learn how to collaborate with others as part of the collective. Patience and understanding are central to these life skills.

When I look at the world today I can’t but help to observe how humanity seems to be regressing in some ways.

It is only through tolerance and understanding that we can build a future for ourselves. Training and working in theatre highlighted this for me, more than any other environment outside of University. This is why I believe that drama and performance are such an important part of a young person’s social development in a multicultural society. Drama/Theatre brings people closer together, offering the possibility of finding solutions to the problems of everyday life.

Some time ago, I performed at Dublin’s Gate Theatre in Arthur Miller’s, A View from the Bridge, under the guidance of acclaimed Director Mark Brokaw.

I have, also, played the Peacock Theatre, Andrews Lane Theatre, The Project Arts Centre and appeared in RTÉ’s Fair City and the celebrated documentary Imeacht na n’Iarlaí /Flight of The Earls (BBC NI). Currently, I am working on John Sheehy’s new play The Hole. The play looks at the issue of life after death. When you are 50ft down and grappling with the mysteries of the universe, sometimes it is easier to just keep on digging. The ‘hole’ is, also, a metaphor for how we live our lives and tells the story of one man’s self-imposed exile from society. All the central character wants is to be left alone but is that too much to ask?