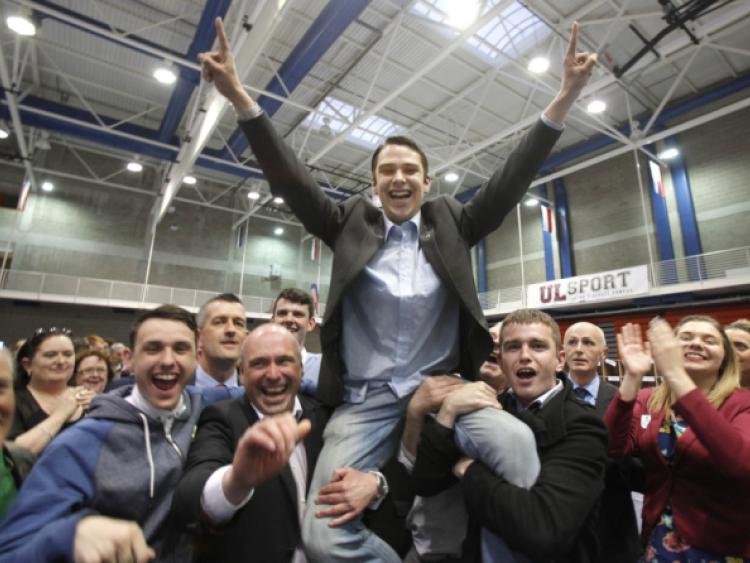 I WOKE up on Saturday morning to a bloody coup d’état. Well that’s what it felt like anyway. The blood thirsty electorate was all cock-a-hoop and the national media was in a frenzy. I was afraid to put my own nose outside the door for fear someone might detect my blue shirt origins or my red rose (as opposed to red flag) sympathies. The bank was closed; otherwise I might have liquidized my paltry assets in a panic and fled the country before everything I had was confiscated.

I WOKE up on Saturday morning to a bloody coup d’état. Well that’s what it felt like anyway. The blood thirsty electorate was all cock-a-hoop and the national media was in a frenzy. I was afraid to put my own nose outside the door for fear someone might detect my blue shirt origins or my red rose (as opposed to red flag) sympathies. The bank was closed; otherwise I might have liquidized my paltry assets in a panic and fled the country before everything I had was confiscated.

My first instinct was to reach for the iodine tablets – remember them – but then I realised that I had dumped them all as soon as the threat of nuclear annihilation had receded.

“Something profound has happened today,” declared Mary Lou McDonald. Now, Sinn Fein’s rhetoric always makes me nervous, and I hate profundity, especially when it’s too vague to be described as anything other than “something”, in which case it’s nearly always something ominous. Something profound was happening the night of the Bank Guarantee too and we’re still not sure what exactly it was.

Then, in the middle of all the triumphalism, a couple of Government Ministers with bloodied noses appeared on the telly, unnerving me further and making me feel sorry for them, even though I was dying from austerity. I nearly lost it altogether when Pat Rabbitte mentioned John the Baptist, but when Joan Burton said they had got a ‘shellacking’ I wished I hadn’t thrown out the iodine tablets. Then I realised that if she had used a similar word that started with a ‘b’ it wouldn’t have sounded half as sinister and I wouldn’t have been out searching the skies for a mushroom cloud.

Meanwhile, on social media in particular, voters were acting as if they had moved the tectonic plates of the electoral landscape and buried the established order under a heap of lava and pumice stones. I should have been applauding with them, having been drained by cut-backs and reduced to a chronic and debilitating state of exhaustion, but my problem is that I’m too soft-hearted. Not everyone would believe that, but sometimes, democracy gives me  palpitations.

It can be so bloody. When election results come out I’m nearly always sorry that I didn’t vote for the candidate with the lowest number of first preferences, regardless of what he or she stood for. I like to think of it as making the most of my vote. I’m a democratic disaster.

I’m also a holy terror for using hyperbole. And it isn’t as if I haven’t seen upheavals like this before.

I certainly have, and my reaction never ceases to amaze me. Back in 2011, when Fianna Fail and the Greens got a ‘shellacking’ my heart went out to Brian Cowen and his team. I couldn’t express my sympathies, even in this column, because the voters would have lynched me. Now they’re acting as if someone else did the ‘shellacking’.

Many years before that, in 1977, when Jack Lynch swept the country in a wave of triumphalism, wiping a whole Cabinet of Ministers from the corridors of power to the strains of ‘A Nation Once Again’, I could scarcely restrain my empathy with the massacred. But I had to grieve in silence, for fear of incurring the rage of an electorate that was congratulating itself for weeks afterwards.

Voters decide who they want to rule them, and I wouldn’t have it any other way. We get the Government we deserve, but voters never blame themselves when the people they choose don’t solve their problems and make life more comfortable for them. Instead they get vicious and turn on their representatives. I wouldn’t be one bit surprised to hear that some of those ballot papers were marked with a dagger.

According to political commentators and Government spokespeople, the local election results were a mid-term kick in the teeth for the Government. If that’s what they were, then it serves them right, because they should have abolished all of those local authorities when they got a chance.

But it’s a bit more than that. Those poll topping councillors and MEPs now have a springboard from which to launch their Dail campaigns for the next election. Our vote has more far reaching effects than we realise.

All of that, however, is lost on many of those tweeters and on-line comment makers. Some of them didn’t even realise that they hadn’t toppled the Government  last weekend.

They must have got a right drop on Monday morning when they woke up and found the establishment still in situ, and no sign of anyone coming to dig up the water meters outside their homes.