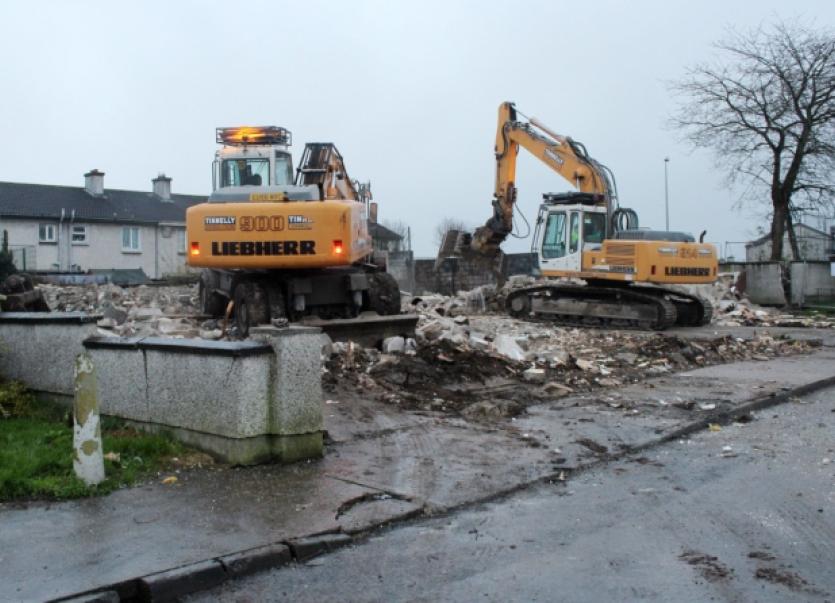 FIVE ‘very decent houses’ have been knocked in Moyross despite pleas from the local parish priest to call a halt to the demolition.

FIVE ‘very decent houses’ have been knocked in Moyross despite pleas from the local parish priest to call a halt to the demolition.

Moyross priest Fr Tony O’Riordan has appealed to Environment Minister Alan Kelly to stop the demolition, which started again this Tuesday, claiming that only 11 new homes have been built to replace the 400 plus houses previously demolished.

“They were very decent houses and people had been living in some up to some weeks ago. The vast majority of people living in Moyross have been dispersed throughout the city,” he told the Limerick Leader.

He said that it was “ridiculous” that people were being put out of their homes to live in emergency housing in other parts of the city.

Fr O’Riordan said that existing homes should be refurbished to help deal with the housing shortage.

He said the latest houses to be demolished are in the back of the estate in Pineview Gardens.

“There are no plans to build houses there to replace them, they will end up putting in a duck pond or something.”

Fianna Fail TD Willie O’Dea voiced his agreement with the Moyross priest’s sentiments and said what was happening in the estate was “disgraceful”.

“I agree with Fr O’Riordan that the houses in question should be refurbished to help address the housing shortage, as hundreds of houses have been demolished in Moyross as part of the regeneration programme, but only a few have been built there.

“There is a similar problem in Markievicz Drive, Kincora Park, where residents are completely opposed to a proposal to demolish eight houses in their estate.

“Many of the residents of Moyross feel that the Council are not listening to their concerns and are hell bent on wreaking their community by demolishing the houses, despite the massive housing waiting list which includes some of their own family members.

“Through the demolition programme, the Council have damaged the community spirit in Moyross and other Regeneration areas throughout the city as the area becomes depopulated and services suffer.

Deputy O’Dea concluded: “How can we as a society justify the demolition of these houses when there is such a shortage of houses in Limerick. We need to start refurbishing and building houses and stop knocking them.”