Don’t Mind Me: ‘Will our national outrage be short-lived?’ 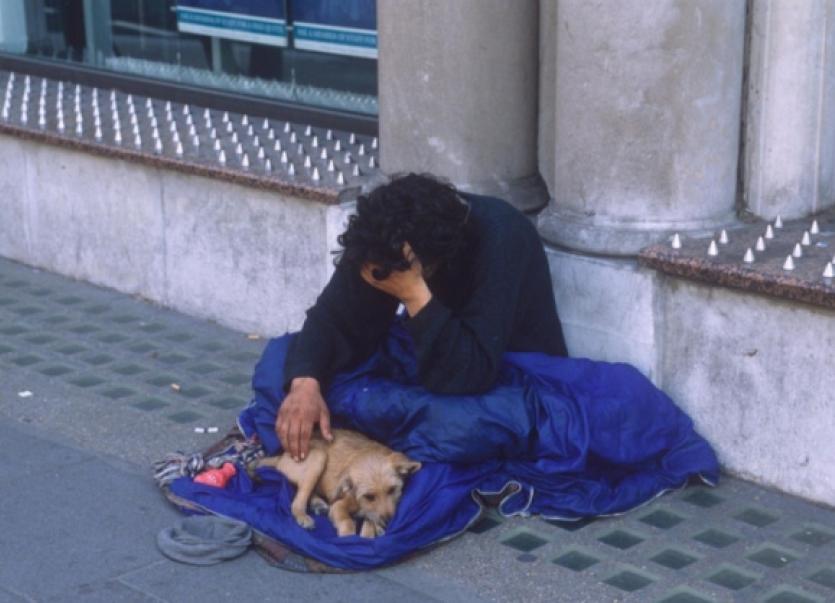 CALL me a cynic if you like, but the sight of the nation thumping its ample chest and crying’ mea culpa’ over the ineffably sad death of a homeless man on the streets of Dublin last week was less than re-assuring. You’d think, wouldn’t you, that the spectacle of the national conscience being publicly examined in the light of a human tragedy like this would at least have convinced me that I belonged to a race of saints and scholars after all? But no, I had a feeling that everything wasn’t quite as it seemed.

CALL me a cynic if you like, but the sight of the nation thumping its ample chest and crying’ mea culpa’ over the ineffably sad death of a homeless man on the streets of Dublin last week was less than re-assuring. You’d think, wouldn’t you, that the spectacle of the national conscience being publicly examined in the light of a human tragedy like this would at least have convinced me that I belonged to a race of saints and scholars after all? But no, I had a feeling that everything wasn’t quite as it seemed.

I didn’t have to wait very long at all before it dawned on me what was missing from the picture. Minister Alan Kelly, in an amazingly prompt response to the catastrophe of men and women living rough and dying untimely deaths in doorways and alleyways, decided it was better not to give details of the exact locations of the new emergency homeless shelters in Dublin, so as to forestall possible local opposition.

The strangest thing of all was to hear the Minister being persistently quizzed by one determined broadcaster as to why he couldn’t disclose the locations of the proposed shelters. It couldn’t possibly be because the neighbours might object, could it?

But there, you have it. The conscience stricken citizenry of Dublin, full of outrage and sanctimony, are, apparently, prepared to donate thousands of Euro to help the homeless. They’ll even sleep overnight on the streets themselves to show solidarity with their less fortunate brethren, but the bottom line is that some of them would literally die if a shelter was provided on their doorsteps or in their proverbial back yards.

I’d like to be able to say that Limerick, or any other city or town in the country, was different. But it isn’t. Our prejudices and fears are too deep-rooted to accommodate an unconditionally charitable acceptance in our midst of people who are different, or people who, for one reason or another, cannot live their lives according to the dictates of society. Some of us still can’t even accept the idea of a VIP like John the Baptist living rough in the desert on a diet of locusts and wild honey.

In a different context, but in the same vein of thought, I was taken aback myself several years ago at the fierce opposition encountered by the old Mid Western Health Board when it first moved long term psychiatric patients from the grim Victorian wards of St Joseph’s Hospital and rehabilitated them in the community. Some communities were totally averse to hosting even a psychiatric day care centre in their midst, and I wouldn’t be surprised to hear that some of those former patients ended up homeless, because they had little hope of ever complying with the expectations of a society that ignored their common humanity and feared whatever it was that made them different. It happened in my own neck of the woods too, when a man, whom I had known and respected for many years, rang me up one day and asked me to do an investigative story on an outlandish plan being proposed by the Health Board. The plan was to add a small extension to a social centre in my own town where people afflicted by mental illness met once a week for occupational therapy and a cup of tea and a chat. For many of them, it was their only lifeline to reality: for him, it posed a threat to the value of his property. By the way, he added, if I was doing the story, he’d prefer if his name wasn’t mentioned.

I also remember a few years ago, passing nearly every day, a campsite on the side of the road where a traveller family, including a number of young children lived in three miserable caravans in the freezing winters of 2010 and 2011. A couple of years previously they had been allocated a house in the village by the County Council, but couldn’t avail of the tenancy because of local opposition which went all the way to the highest court. Even when they eventually won the right to be housed, they couldn’t take up residence because the house had been gutted in an arson attack and they had to endure another winter in  the caravans.

Don’t blame me then for being so sceptical of all this hand wringing over the plight of the homeless. It probably will do some good in the short term but the outrage won’t last, because it is more of an outrage to our sensibilities than to our humanity. It would, of course, be nice to think that our eyes have been opened by the death of Jonathan Corrie, that something fundamental has rocked our collective conscience and that the failings and misfortunes of other human beings are no longer a threat to us or to our self proclaimed respectability.

There are signs however that the craw-thumping is coming to a halt. Already we’re realising that it’s much easier to release the clenched fist and point the finger, instead, at the Government.