Martin Kiely Column - Wexford on a roll but Limerick to win 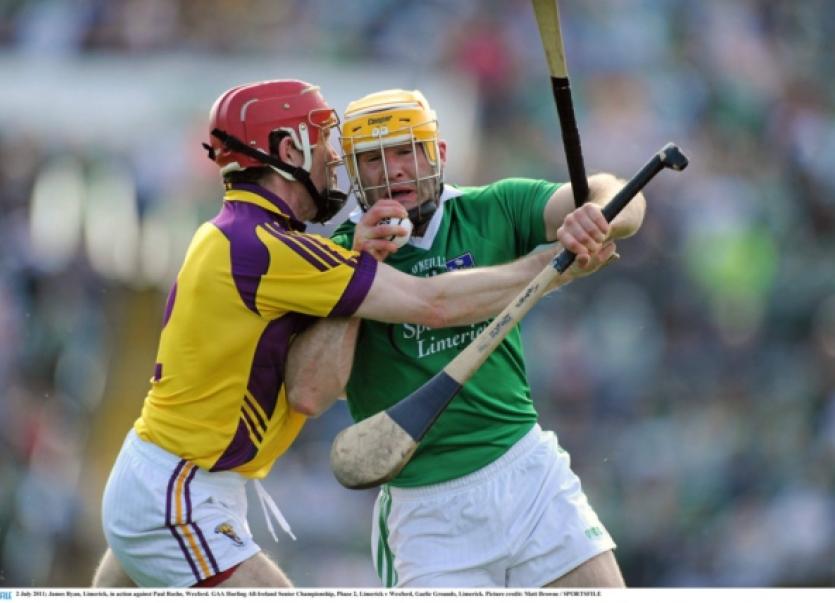 In his weekly Limerick Leader Column, Martin Kiely says that Limerick can beat Wexford to reach the All Ireland semi-final again.

In his weekly Limerick Leader Column, Martin Kiely says that Limerick can beat Wexford to reach the All Ireland semi-final again.

Limerick and Wexford will face each other in Thurles in what could be described as a defining game for both counties as defeat will signal the end of their championship aspirations for 2014.

Wexford are growing in confidence and with wins over All Ireland champions Clare and Waterford under their belt they will travel with more than hope for this fixture.

This is a crunch game for Limerick and supporters will watch with interest what if any moves the management will make from their defeat to Cork in the Munster final two weeks ago.

Wexford under Liam Dunne have made steady progress, he had cut his teeth at club level and very few would have fancied the task that faced him when he took over Wexford. The game against Limerick will see Wexford play three weeks in a row but that won’t in anyway hinder this team who are backboned by young players that are hungry for success. This could be a very tricky game for Limerick and anything other than a top display might see them fighting to win this game in dying minutes.

Wexford have always proved difficult opposition for Limerick and if this game becomes a battle it will really test the resolve of a Limerick team still coming to terms with losing the Munster final.

In Nowlan Park last Saturday night Wexford showed once again that they have some quality players and the fact that they scored 3-12 out of 3-15 from play suggests they have players with real skill in the forward line.

One of the features I like about this Wexford team is their ability to win ball in the air. They have worked hugely on this over the past year and of the three training sessions I saw it has become a focal point of their game plan.

I think Limerick have the hurlers to beat Wexford as their half forward line does not hold the same threat as Cork. They will of course send missiles into Conor McDonald who at only 19 has become a top class full forward.

McDonald has really good hands and the pace at which the ball leaves his hurley has shocked even the best defenders. Richie McCarthy will be kept busy with this young man and I predict Wexford will be dropping high balls early in this game.

The Limerick supporters will be keen to see what changes the management might make for this game. Will management again remain loyal to certain players in the hope that they can find form in a game that could be the breaking or making of some of them. Will the hard or soft call calls be made?

Limerick had chances of hurting Cork in the Munster final but failed to take them particularly in the opening 20 minutes. Limerick need to assert their authority early against Wexford because if they don’t they will find it hard to turn the tide on a Wexford team that are building an air of confidence in the way they now play.

Wexford under Liam Dunne have blossomed and it’s a measure of the man that he says little but works very hard on getting the small things right. A couple of weeks ago in Wexford Park I sat in the Wexford dressing room after the game with Liam Dunne, I watched his players singing the Kenny Rodgers song “The Gambler.” Dunne looked on and smiled and with the players in full flow he told me, “For too long the Wexford dressing rooms have been silent and dark places to be in. This group of players are starting to sense the joy of winning and with growing confidence they can achieve great things.”

Liam Dunne was not shy in his own playing days and in many respects he had hero status in Wexford long before now. His team are playing with much of the pride and drive that Dunne himself epitomised and from watching them in the dressing room it has been sometime since I last saw all of Wexford going in the one direction.

Limerick will have seen the momentum of Wexford in the last few weeks and they are now well warned as to what to expect from them. It is vital for Limerick that they settle early and more importantly that key men in the forward line get on the ball and make it count on the scoreboard. Shane Dowling has been responsible for most of the Limerick scores so far in this championship but others now need to deliver. Hitting the odd point and then going out of the game just won’t do in this game.

Wexford will bring a huge physical presence and Limerick will need every player making a contribution with or without the ball. Limerick needs to approach this game with confidence and know they have the men capable of halting the Wexford march.

Wexford have hit an atrocious amount of wides but unlike before they are now prepared to shoot and when a team shoots 3-12 from play that’s fairly impressive.

Limerick have a chance to recover their championship hopes next Sunday and win a place in the All Ireland semi finals but it will take a big performance to put Wexford away.

Playing three weeks in a row will take its toll on Wexford if they are struggling and behind but if they are ahead nearing the finish they will be hard to beat.

Wexford have a real chance but I still feel if Limerick have learned some lessons from the Munster final they can win this game with a few points to spare.