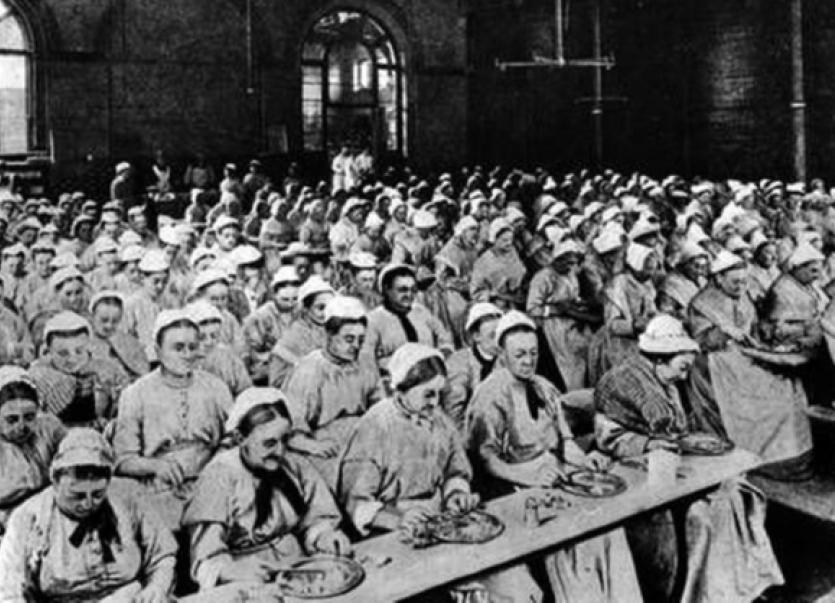 I’M sure the 400,000 or so people who, to quote the Taoiseach, are suffering ‘the indignity of having to queue for years at the hatch’, feel bad enough in the middle of an economic upheaval without being haunted by the ghost of Malthus as well. Apart from the name-dropping, all I know about Malthus – other than the fact that he thought the earth was already a bit too overcrowded two centuries ago – is that he was trenchantly opposed to welfare. You’d be surprised how many followers he has in this country at the moment, and some of them have never even heard of him.

I’M sure the 400,000 or so people who, to quote the Taoiseach, are suffering ‘the indignity of having to queue for years at the hatch’, feel bad enough in the middle of an economic upheaval without being haunted by the ghost of Malthus as well. Apart from the name-dropping, all I know about Malthus – other than the fact that he thought the earth was already a bit too overcrowded two centuries ago – is that he was trenchantly opposed to welfare. You’d be surprised how many followers he has in this country at the moment, and some of them have never even heard of him.

Now, even I would have to admit that the Poor Law system that existed in his day was anything but a model of enlightenment or humanitarianism. I might well have been opposed to it myself if I had been there. But what Malthus wanted to replace it with sounds truly appalling – private charity. Good Lord, give me ‘the hatch’ any day over having to wait for a handout from Bono or the growing Irish philanthropy industry. Now, in my book, that would be what you’d call an ‘indignity’.

Whether we like it or not, this is a Welfare State and people, who have been thrown out of work or who have never been able to find a job, are entitled to be looked after without being made to feel – as one newspaper put it this week – a threat to the psychology of the nation. I could think of far greater threats, but that’s for another day. I would go farther and say that anyone on Social Welfare who declines a job, or a Job Bridge offer, because it is poorly paid, because it has no future and in reality is only a step away from slavery, has the same right to be looked after without being hounded. Joblessness is a personal tragedy for many, but it is not, as the newspaper claimed “the great moral issue of our age”. Unhappily, greed for profit and the exploitation of workers still claim that dubious distinction. In this climate even the exploited are being told when they remonstrate mildly over poor working conditions, “you’re lucky to have a job”, and nobody even bats at eyelid at the indignity of that.

Painfully and slowly, however, the Government does seem to be getting to grips with the daunting dole queues that have plagued us for five years, and they should certainly be given more credit than they are currently receiving for their efforts. Nevertheless, I wish they’d lay off the morality lessons and the pontificating about the dignity of work. Most of us in life look for a job so that we can make a living and look after our family and, if we’re lucky, maybe even rise to sit in the boss’s chair some day. That’s called ambition, but I don’t think any of us would take a minimum wage job primarily for the good of our souls. For this reason I think the Government should rein in its obsession with the “welfare trap”. It’s not confined to this country either. It’s a global neurosis that’s actually making me paranoid. I can’t even use my newly acquired travel pass for fear I’ll be sent to a labour camp to justify having it. I can’t imagine what it must be like queuing at the hatch with the Puritan Fathers watching your every move. Actually, the only bit of relief I got at the week-end, was when I learned that over 62’s currently on welfare are to be exempted from the requirement to PROVE that they are looking for a job. Presumably they won’t have to register with Fás either. Good on you, Joan!

No doubt the great ‘welfare trap’ rescue campaign is justified in some cases at least. People do fall into traps, mostly through no fault of their own, and they sometimes find that clawing their way out isn’t worth the trouble, considering what’s at the other end. Some do need to be ‘rescued’ from a life of dependency, but they don’t want to escape from a life of dependency into a life of drudgery either.

If the Government seriously wants to get unemployed people out of the so called welfare trap – as opposed to cutting the massive Social Welfare bill – then surely the best way to do it is to entice them with a better alternative and forget about the preaching. First they must ensure that there are sustainable jobs in that brave new world. Then, instead of cutting welfare benefits, they should raise the paltry minimum wage and ensure that working conditions are restored to at least 1950’s standards when workers, who had to work a half day on a Saturday, at least got paid for it. The great moral issue of our age is actually employment, and not unemployment. Is that too radical a notion for a fragile economy to contemplate?

Then again, maybe I’m a bit more like Malthus than I’d care to admit. He wanted to get rid of the workhouses and I want to get rid of Fás and Job Bridge, and any state agency currently colluding in any way with the growing demand for cheap labour. But for the life of me I can’t find the common ground between us.