Don’t Mind Me: ‘Write about your world’ 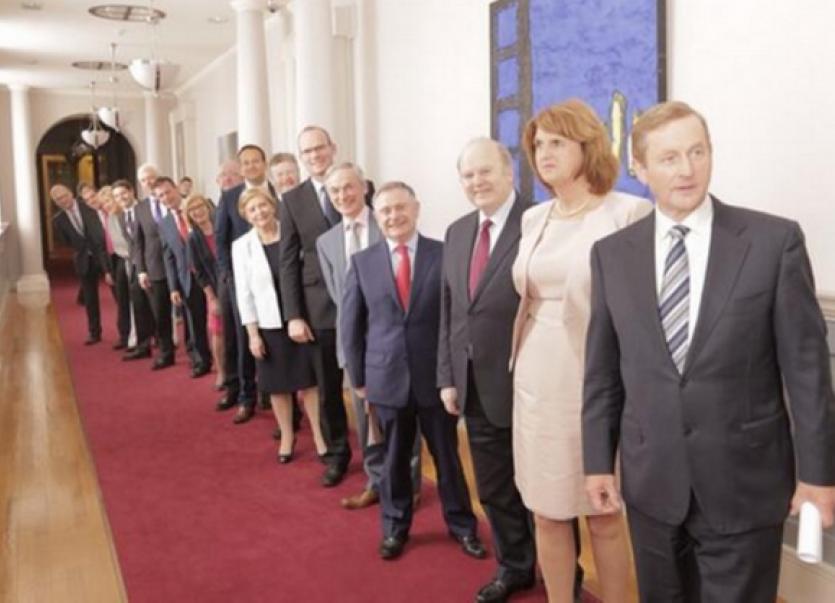 THE first weekly column I ever wrote, shortly after starting work as a reporter in another newspaper over four decades ago, was called “It’s a Woman’s World”. I didn’t come up with the title myself – I hasten to add - but afterwards I wished I had, because, as anyone of my vintage will tell you, it was anything but a woman’s world back then and the title would have been a satirist’s dream.

THE first weekly column I ever wrote, shortly after starting work as a reporter in another newspaper over four decades ago, was called “It’s a Woman’s World”. I didn’t come up with the title myself – I hasten to add - but afterwards I wished I had, because, as anyone of my vintage will tell you, it was anything but a woman’s world back then and the title would have been a satirist’s dream.

It was a column I had inherited from an outside contributor, who, apparently, was costing the paper a small fortune every week. Whatever misgivings the editor might have had about employing the company’s first female reporter, I was the obvious answer to the dilemma of who would do the woman’s column - except that I had no idea what women readers wanted. The editor gave me a clue. “Recipes, household hints, cosmetics and a bit of fashion every week,” he said, helpfully.

To put it mildly, I was completely out of my depth. The only exotic recipe I had ever tried was stuffed sheep’s heart at Domestic Science class in school. I botched it so badly that the nun made me eat it for lunch. As for fashion, it was a frivolity I couldn’t even contemplate on a trainee reporter’s pay, while the one and only household hint I had mastered and perfected was how to make myself scarce when there was a bit of cleaning to be done at home. In any case, what I really wanted was to be a war correspondent like Ernest Hemingway.

“I don’t think I can do it,” I wailed, confessing my domestic inadequacies, but the editor was strangely nonplussed. “You’re a woman,” he said. “Write about your world.”

I have no idea how many women readers we lost, but I was told that the opposite sex had started reading the column, and I was chuffed. Naturally, I played to the gallery, and then along came the women’s liberation movement, and I hitched a ride on that bandwagon too. As Shakespeare said “there’s a tide in the affairs of men …” only this one was not leading to either fame or fortune, or even domestic bliss for that matter.

Anyhow, I thought of those heady days last week when I read about the furore that ensued when no Fine Gael women appeared in the new line-up of junior ministers, and I wondered have we learned anything at all from the long drawn out fight for equality. Are women still seen as being in need of a helping hand, and why do we even indulge this viewpoint?

Despite the fact that I slotted readily, if a bit awkwardly, into a woman’s role in a man’s world at the start of my journalistic career, I know now that if anyone gave me a job, not on merit, but as a token to the god of gender equality, I would be absolutely outraged and insulted.

We all have our price, but even if it was a junior ministry I was offered just because I was a woman, I’d tell the Taoiseach to stuff it.

Fine Gael’s women TDs are an able lot, and I’m quite sure that any one of them could have done the job of a junior minister, but none of them I would suggest would want to have been included on a panel just for the sake of balance or good looks. The day of balance is gone. We’re all equal now aren’t we?

Most of the outrage is being fuelled by the media which would like nothing better on the eve of the silly season than an outbreak of gender warfare. Some of the most vocal hacks who are now lauding the brilliancy of overlooked FG women were only three years ago denigrating them for doing seemingly daft things like driving a car down the steps of the plinth in front of Leinster House. You couldn’t win with some people!

Anyhow, as far as I can see, there are more women in Government now and in the ranks of the junior ministers than there ever were, and fair play to all of them. Whatever about balance and token women, a bit of colour and glamour never did any harm. But I’m particularly delighted at the well deserved and long overdue elevation of Jan O’Sullivan to the position of Minister for Education. I’ve known Jan for a long time and have admired her hard work and composure in the face of the most daunting challenges. As well as that, she is a lady, as opposed to some of the raucous sirens on the Opposition benches. Behind her unassuming nature, however, I believe that there are few people of either sex in Leinster House more able to tackle the challenges now facing Education than Jan.

Now there’s a woman who proved that she didn’t have to be a token!