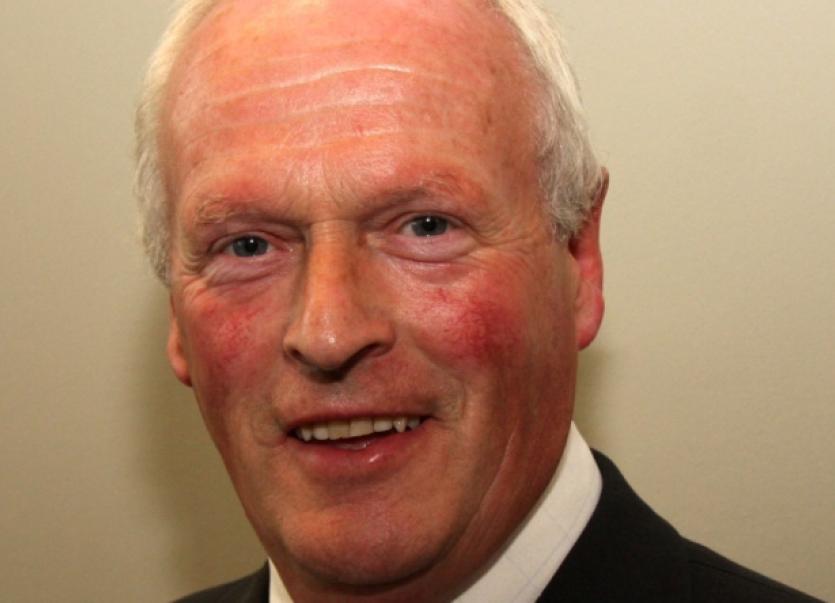 TWO of Limerick’s longest serving councillors are remaining tight lipped after failing to automatically win a place on the Fianna Fail ticket for the local election.

TWO of Limerick’s longest serving councillors are remaining tight lipped after failing to automatically win a place on the Fianna Fail ticket for the local election.

Colleagues of Cllrs Eddie Wade and Noel Gleeson - who have 58 years combined service on Limerick County Council between them - have rallied to support the pair after they failed to win an initial place on Fianna Fail’s ticket.

There were angry scenes at the selection convention in Herbertstown after the party told its members that three out of the four candidates seeking to run in the new Cappamore/Kilmallock constituency would be decided by a national committee in Dublin.

This came in spite of members allegedly initially being told they would be deciding on all candidates on the night.

Normally, candidates for the party are chosen locally, with the geography of the constituency and their location in mind.

But in a break from tradition, only one member - Galbally councillor Ryan - was nominated.

The remainder will be decided in Dublin, with a national committee deciding the party’s strategy.

However, there is anger that this decision is not being made locally - and that two experienced councillors are being made wait to learn whether they will run or not.

Former Fianna Fail member Timmy Long, Kilteely, who was at the convention said many members walked out in disgust.

“It is insulting. It is very undemocratic, and smacks of a dictatorship. There were a lot of people very angry: I was very angry myself,” he said.

He claimed that Clare TD Timmy Dooley, who was chairing the convention, refused to take a proposal from the floor that the convention would nominate all four candidates on the night.

Another member at the meeting - who did not wish to be identified - claimed that members were initially asked to pick four candidates from the field of six.

However, it was only later on in last Friday night’s meeting that they were told differently.

He was followed by Mr Meagher - who served as a member of the last County Council.

Mr Gleeson was third in the poll, followed by Cllrs Donegan, Wade and Mr Hourigan.

It was thought the remaining candidates for the Cappamore/Kilmallock area would be confirmed this week.

But so far, there has been no news from party headquarters.

Cllr Ryan said: “I am delighted to stand for Fianna Fail, and I hope that headquarters will add the three candidates as soon as possible, so we know who is on the ticket.”

A spokesperson for Fianna Fail said: “All selected candidates are subject to ratification by the Ard Comhairle.

“The National Constituencies Committee decides on the strategy to be employed in every constituency throughout the country.

“The committee will be meeting to decide on any possible additions in the Cappamore/Kilmallock ward shortly.”

He has been elected Cathaoirleach on a number of occasions, as well as serving one term in Dail Eireann between 1997 and 2002.

Meanwhile, Cllr Gleeson was elected in 1985, before losing his seat in 2004 to party colleague Mr Meagher. He was returned at the 2009 local elections.

Both declined to comment when contacted by the Limerick Leader.