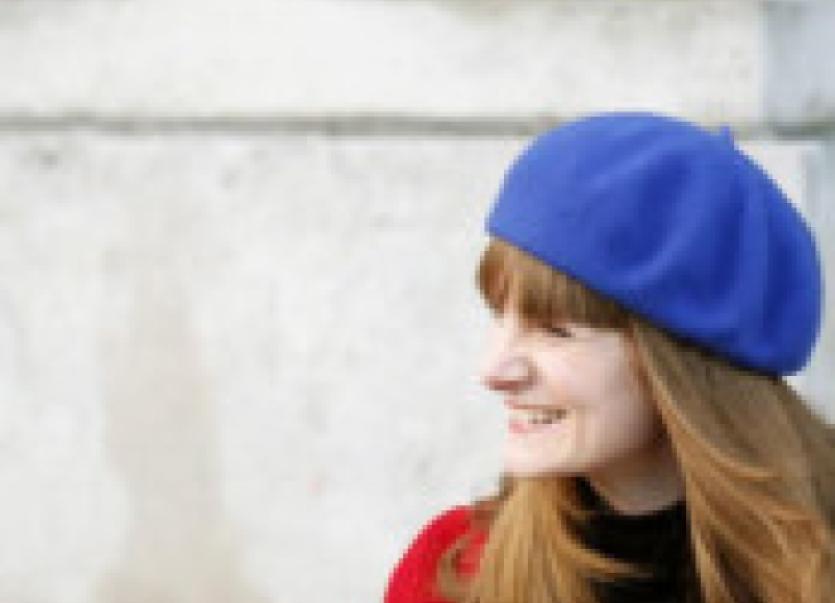 A student in the Laurel Hill ‘Colaiste’ I started teaching music in Croagh School of Music in 2005.

A student in the Laurel Hill ‘Colaiste’ I started teaching music in Croagh School of Music in 2005.

Music was always paramount for me and I always took it for granted that one day I would study it in college. Indeed, I studied music at University College Cork (UCC) and then did a Master’s Degree in Music Technology at the University of Limerick (UL), in 2001.

Last year saw me working on an Arts Council of Ireland, Artist in the Community Scheme, in Ballyvaughan, Co. Clare.

The project was called Bells Across the Burren and was all encompassing. For example, I was the composer in residence and had a series of commissions written for local groups, I, also, built a ‘music trail’ on the side of a mountain which consisted of a set of outdoor musical instruments made from recycled materials. I, also, hosted various ‘meet the composer’ mornings, had composition workshops with local music students, and curated as a well as performed, in a series of concerts to showcase my work. Indeed, I was responsible for directing the entire project which was both exhausting and very rewarding at the same time. However, this year, I knew that I needed a smaller, more direct and intimate project and working on solo piano fit the bill.

Piano is an instrument that I am very comfortable writing for.

Indeed, it is the first instrument that I ever played and I usually bestow on it the title of favourite instrument, albeit reluctantly, as it is like choosing a favourite child. I have quite a lot of piano pieces in my portfolio and wanted them to see the light of day as they don’t generally get performed very often. I, also, asked my friend, the pianist, Aoife Chawke, if she would be interested in collaborating on this recording project. It felt right to have someone else perform the piece on the album in order to get a different interpretation of the music. I trust Aoife’s musical instincts completely and we worked very well together. Coincidently, Aoife is from Croagh, Co. Limerick, herself.

At the moment we are working through selected material and considering different musical interpretations of it.

There will be some new material written, also, but deciding what on the chosen style still needs to be decided upon. I had intended on including a lot of early material but found that it was somewhat diminished when played beside my newer compositions. That is not to say that they are bad pieces or that I have suddenly turned into a genius. However, it is a sign that I am developing my craft and this is apparent when old and new are placed side by side. Cutting all this available material has, probably, been the biggest challenge.

The result is my first commercially available album, called Magic, which is due for release this June.

It is composed of works written by me for solo piano and I am producing it independently. I have always been a self starter so it is not quite as scary as it sounds. We set ourselves a deadline to launch the album on International Music Day (June 21st). The studio is ready to record, and Aoife’s fingers are poised on the keys. We just need to get the go ahead that the album is financially supported through our online fundit ‘crowd funding’ campaign.

‘Crowd funding’ has been a great addition to the artistic life of Ireland.

Before now we had to apply for state funding (which is very thin on the ground), hope for corporate sponsorship (ditto) or else self-fund ourselves. For this project I am essentially selling the album in advance, so potential subscribers can click on the fundit website and pledge just €10 to secure a copy of the album or pledge a bit more for something extra. For example, for €250 I will write a specially commissioned piano piece for the donor. A campaign like this does two things. Firstly, it raises capital to help towards the studio fees, the paying of musicians, and printing. Secondly, it, also, gauges whether there is any interest in an album of this kind. If nobody wants to hear my piano music, then, there is no real point in recording an album for general release. However, at the same time, without an album released, my music is not available to a wider audience and that, ultimately, is  the main goal.

Since 2008, I have written three children’s lullabies, which I loved doing, but they were not consistent with the remaining material on the CD.

Therefore, we decided to leave one out, then two and, finally, the entire set. Aoife is always inquisitive about the direction of the album which makes me rethink new concepts continuously. One of her favourite questions is: “Are these children’s pieces or pieces for children?” This is a very important question for a composer, as you have to consider how the piece will be played. For example, is it too technically demanding for an 11 year old to play or to  listen to?

Aside from this piano album all my current work was written for vocal music (opera, song cycles and choral music).

This wasn’t necessarily a decision that I consciously made, but, was more of a natural path as I have a background in singing. I, also, have two new operas in the pipeline. One is based on a play by Mary Coll (a Limerick writer with whom I regularly collaborate) and one more experimental project about breakfast for which I am writing the libretto myself. Finally, my short opera Bay of Fundy will have its European première at a lovely opera festival called Opera at Castalia in Ballytobin, Co Kilkenny in July. Sandra Oman plays the role of Katy, who is a character loosely based on my sister- in-law, and telling the story of her husband who is far away at sea.