Don’t mind me: Has our perception really changed? 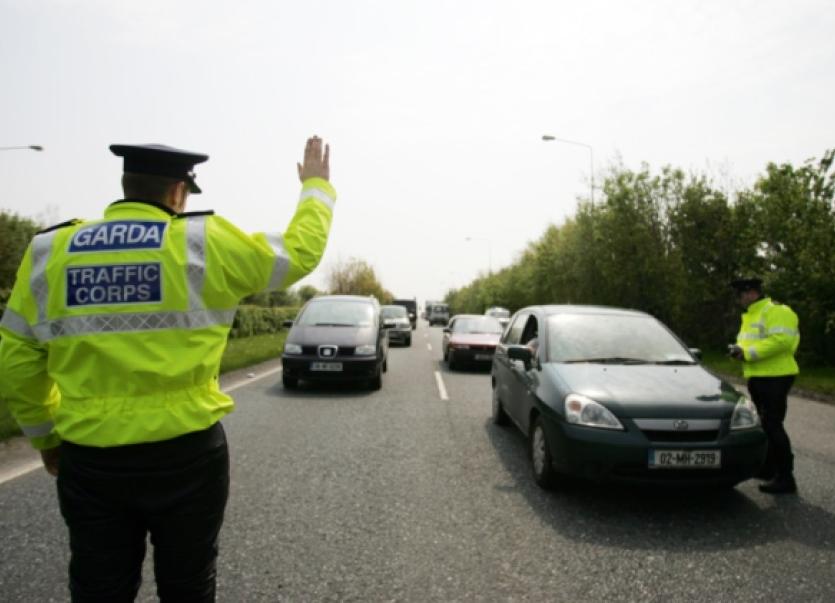 THERE’S nothing wrong with the race memory, but the short-term memory of the nation is seriously deficient. We can’t even remember what we were like 40 years ago. Actually, we can hardly remember what we were like a couple of years ago before the whistle was blown on alleged wrong-doing in the Garda force. The idea that we might have created a legal nod and wink culture ourselves is downright unthinkable. That was the work of a handful of unscrupulous superintendents, hell bent on quashing penalty points. But who asked  them?

THERE’S nothing wrong with the race memory, but the short-term memory of the nation is seriously deficient. We can’t even remember what we were like 40 years ago. Actually, we can hardly remember what we were like a couple of years ago before the whistle was blown on alleged wrong-doing in the Garda force. The idea that we might have created a legal nod and wink culture ourselves is downright unthinkable. That was the work of a handful of unscrupulous superintendents, hell bent on quashing penalty points. But who asked  them?

The question I want to ask now, as the garda force comes under unprecedented scrutiny is this: does anyone ever think anymore of the hundreds of gardai who were victims of our sometimes extraordinary ambivalence towards law and  order?

There was a time when there was scarcely a town or village in the country where a guard wasn’t from time to time, transferred to the outback merely for doing his duty - like raiding a local pub thriving on an after-hours trade, and summonsing the revellers hiding under the stairs or in the back yard. No-one would even think of giving the unfortunate guard a good send-off to his new post - not to talk of questioning his removal - and why we bothered with licensing laws at all when we were opposed to their imposition, baffles me to this very day.

Those garda transfers were usually accomplished with the connivance of the local TD who knew where his bread and butter came from. Heaven only knows how many brown envelopes changed hands in the transfer of unfortunate gardai to remote stations in places that were universally regarded as being only slightly more salubrious than Siberia.

It wasn’t only the unwelcome interference with our drinking culture that saw enthusiastic gardai sent into exile. I recall back in the 1970’s reporting on a court case where a high ranking legal eagle employed by the State was summonsed before the local district court for failing to tax his car. He got the benefit of the Probation Act – fair enough – but when he realised that the case was going to appear in the local press he asked the editor to include the line “The case was brought by Garda X who has since been transferred from Nenagh.” He wanted to brag about it, if you don’t mind. The editor, to his eternal credit, refused to add anything that wasn’t mentioned in the court itself.

Those days are gone. But even though we may, to some extent anyway, have cleansed ourselves of our post colonial ambivalence to the law, I don’t know why we were so shocked to learn that rogue elements might still be lurking in the force, since we were the original rogues ourselves. It’s the amnesia, I presume. None of us can be too righteous. I tried to get a parking fine quashed myself once on the grounds that Penney’s clock was half an hour slow that day – which was a fact – but I was given the bum’s rush when I contacted someone I knew in the Corporation. I didn’t even get to tell him that my great grandfather was a Fenian and my father was a volunteer in the fight for Irish freedom.

That tendency to forget how we treated the forces of law and order in the past was, however, only one of the many bizarre aspects of the dramatic events of last week which included the resignation of the bête noir of all our nightmares, Alan Shatter. Mr Shatter’s biggest crime - according to numerous press reports - was not so much his failure to properly investigate the claims of the whistle-blowers, but his complete indifference as to whether we loved him or not.

Now granted we don’t always love our politicians, but we do expect them to feel the need for our adulation. It’s completely different to unrequited love, by the way. We look for a people pleaser on the ballot paper and anything less is a sign of reprehensible arrogance on the part of the elected one. Mr Shatter didn’t even try to court us. He supposedly couldn’t care less what we thought about him, which certainly didn’t endear him to us. I couldn’t even picture him canvassing for a vote, but he must have asked some people at some time.

I read one report in the aftermath of his resignation which suggested that his undoubted intelligence was of little use to him without empathy, of which his successor, Frances Fitzgerald is said to have buckets. I don’t know which of them should feel more insulted. Personally, I think that he should have ignored his legal brain and looked into his heart, like de Valera, and he’d have seen what was best for the Irish people - or at least he’d have seen what was best for himself.

That said, it was quite disgusting to see people, without a tincture of empathy, dancing on his political grave last week – the very people who not so long ago would have turned a blind eye to the forced transfer of a guard whose only crime was doing his duty, when he might have been better off just being a people  pleaser.