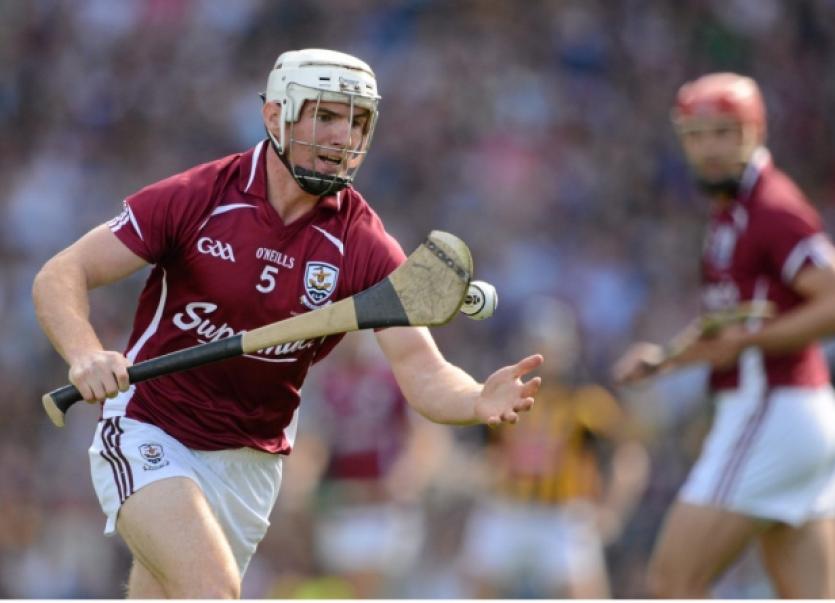 In his weekly Limerick Leader column, Martin Kiely writes about the recent death of Galway hurler Niall Donohue and says that GAA players shouldn’t be afraid to talk about their worries.

In his weekly Limerick Leader column, Martin Kiely writes about the recent death of Galway hurler Niall Donohue and says that GAA players shouldn’t be afraid to talk about their worries.

Death at any time is hard to accept. The grief of losing a loved one brings with it pain and memories. Death is somehow more acceptable if a person has lived a long life but it’s very hard to explain the loss of a young person from either natural or other causes.

Last Thursday morning the small parish of Kilbeacanty in South Galway woke up to the sound of silence. A young hero who had worn the club and county jersey had tragically lost his life. At just twenty two Niall Donohue had set the hurling world alight with his speed, skill and bravery as a hurler.

He starred for his club in the previous weeks and was outstanding for Galway in their entire championship run in 2012. Now the parish and the hurling world stood silent. They wondered why.

Locally he was their shining light, a glimpse to the future, but now sadly the beacon is gone. I had met Niall Donohue on just three occasions and even then he had left a mark. A kind considerate young man who had so much skill as a hurler. Hurling in so many ways was his life. His father Francis had handed the tradition down to him and he blossomed with every puck of the sliotar.

Another young man has now left this life. The reasons why we will never know, but his passing should prompt all those in leadership in every club and county to act before another family has to suffer the same fate. Suicide leaves no answers just questions and so many young men have taken their own lives.

The Central Statistics Office tells us that each year about five hundred people take their own lives and of this 80% are men. I have been to funerals of young men who have taken this option and seen families trying to come to terms with the loss. The pain of suicide never leaves a family.

The pressures of modern society are taking their toll, especially on our youth. People involved in GAA clubs in Limerick and elsewhere must put in place a system whereby young men feel they can talk about their concerns. Depression and stress can be silent killers. On the outside some people seem to be coping well but on the inside they are challenged by the chores of everyday life.

Niall Donohue was a gifted young hurler. He was the foundation for the future of Galway hurling. Last Saturday as I waited with hundreds of others, I saw the pain of this small parish expressed in the faces of men and women of all ages. His hurleys - one and two - were crossed at the end of the coffin while his old-style white Cooper helmet rested on them. His teammates stood in a daze with tears running down their faces. They stood watching the watery sun hit the ripples of Loughcutra Lake and wondered why? One man from the local club said, “The heart and soul has been ripped from us with Niall’s passing”.

A few weeks ago the manager of a senior club team rang me. He was greatly concerned that a few of the players were not coping too well and wondered how he might address it. He had seen the signs and to his credit he did not hang around in addressing the matter. I put him in contact with someone who dealt with the entire group and the feedback from all concerned has been very refreshing.

Huge credit must go to this manager who first saw the signs but, more importantly, wasted no time in getting help for his players. I am sure there are players in many Limerick clubs who, from time to time, find things difficult. It’s only natural but they must have the support structures to speak to someone and the club managers and officers must be aware of the signs. The pressures of modern society are testing people of all ages. Depression and mental health have become real issues in every parish in this country but still some people are unable to speak openly about such issues.

Niall Donohue had lost his mother Mary at a young age. The loss of a mother leaves a gap that is never filled. His granny filled that role with unwavering love but when she died just a few months ago Niall once again felt a great loss.

Niall Donohue was receiving help and was so well supported by family, friends and those in the Galway hurling set up. Sometimes the pain is too great and those in crisis are unaware of the pain caused by their actions. Many people are suffering in silence with mental health.

They live what looks like normal lives, but deep down they are struggling to do even the basic chores. The GAA is the greatest community-based organisation in the world. It can play such a key role in building a structure for its players and its community at large. I would like to think that Niall Donohue’s passing will focus attention on the need for people to talk to family, friends or club officials about their pain.

Only a few months ago I spoke to a former player in Limerick who without asking told me he was going to counselling for depression. He told me with great honesty how it affects him and his family but since asking for help, his life and those around him have taken a step in the right direction.

Niall Donohue lived on a road called the “Golden Mile”. I am sure the “Golden Gates” were wide open for him and he is at peace now.

Life is precious and life is for living. Yes people will be confused and hurt when such action is taken to end a life, but unless people learn from such actions others will continue to feel the pain that is raw in the village of Kilbeacanty and other places in our country today.