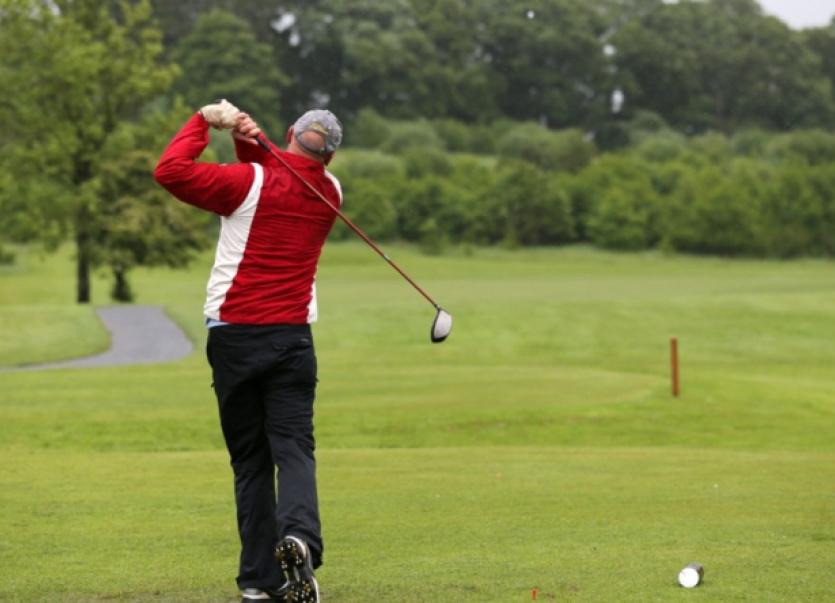 In this weekend’s Limerick Leader golf column, Ivan Morris wonders is there too much emphasis on coaching in golf.

In this weekend’s Limerick Leader golf column, Ivan Morris wonders is there too much emphasis on coaching in golf.

Golf must be the most over-taught of sports. If you were teaching a baby how to use a spoon, would you explain the workings of the fingers, the hinging of the elbow, the twist of the head, and the motion of the wrists and shoulders?

When teaching someone to drive a motorcar, do you mention the degrees by which one puts one hand over another, or depresses the clutch or brake? Of course not! Tricked into believing nonsensical, slow motion swing analysis on TV, golfers love to be told about the so-called, ‘secrets’ of the golf swing.

Far too much time is wasted trying to attain ‘static positions’ that only succeed in clouding the one thing that matters, getting the ball from A to B and into the hole.

As an amateur coach who has studied the game deeply and fancies himself (maybe a little too much?) as an instructor, you will find no bigger proponent of taking care of the fundamentals and having a repeatable, pre-swing routine and set up than I. I never thought that I would see the day when I would consider the possibility that too much concentration on the fundamentals might actually be damaging?

I saw posture and aim as foundation stones on which mastery of the game is built and always paramount. But, now I am not so sure.

Recently, I have been reading that no less an expert than Jack Nicklaus has been saying that over-emphasizing the fundamentals interferes with the development of many talented, young, golfers.

Nicklaus says that he NEVER worked on the fundamentals while on the golf course, and yet one can regularly observe countless tournament professionals obsessed with their swing mechanics during the course of tournaments.

Nicklaus is adamant that: “In golf, ‘play’ is the operative word.”

He elaborates that without exception all of the great players in golf history have been “artists” and not “mechanics.”

While I have never presumed to be an artist, I used to think I was a better than average golf swing mechanic who could change his swing and ball flight in the course of a round if I had the need or desire to do so.

Now, I am beginning to question why I would ever have thought of doing such a thing?

Nicklaus says working on the fundamentals of the swing as a mechanical exercise can turn you into an accomplished ball-striker but it’s of no earthly use to you when you step onto the golf course with doing a score in mind.

Nicklaus maintains that it was closer to the truth that Nick Faldo and Ben Hogan were not so much supreme technicians and the ultimate in golf mechanics as (more like) golfing artists. They could ‘paint pictures’ with their ball flights.

Before the golf ball technology of today enabled the ball’s flight to go so straight, players had to curve their shots to be sure of maintaining maximum control.

Hogan went so far as to say there was no such thing as a straight shot in golf; should one ever arise, Hogan looked on it as an accident! Fuzzy Zoeller gets in on the act too.

While conducting a clinic, Fuzzy explained how he hits a fade or a draw by thinking about rolling a bowling ball. If you want to roll a draw, turn your right hand to the left.

If you want to roll a fade, spin your hand counter-clockwise, left to right. That’s all there is to it! The eager golf mechanic is never impressed or satisfied with such simplicity. He would like golf to be more complicated!

A ‘perfectly-toned’ action has not helped ‘oodles’ of acknowledged great swingers of the golf club to succeed in competition simply because they do not allow the game to become second nature.

Everything has to be parsed and analyzed. To play golf well, concentrate on the target and swing the clubhead towards it. See it, feel it, do it and just play! That’s all, folks.

The Bifurcation Saga - The argument for bifurcation is a no-brainer. The pros need to play with a ball that doesn’t go as far and amateurs need a ball that goes farther - so what?

Why would you hesitate to change the rules for that? It’s a straightforward issue.

The USGA and R&A are reported to be nearing a decision about ending the long-saga debate on rolling back the golf ball, one-way or the other.

Near the back of the Rules of Golf booklet is a section, Conditions of the Competition, which deals with equipment.

It begins: “The following conditions are recommended only for competitions involving expert players.”

Key word: only, which means all that needs to be done is use those conditions to usher in a rolled-back ball for elites and leave ‘ordinary’ golfers alone. The Rules of Golf are flexible.

There have always been special rules in championships. Tennis altered the dynamic characteristics of its balls during grand slam events, why not golf?

Bifurcation would make golf a much more interesting and fairer game for everybody.