Limerick priest to sleep on the streets this Christmas Eve 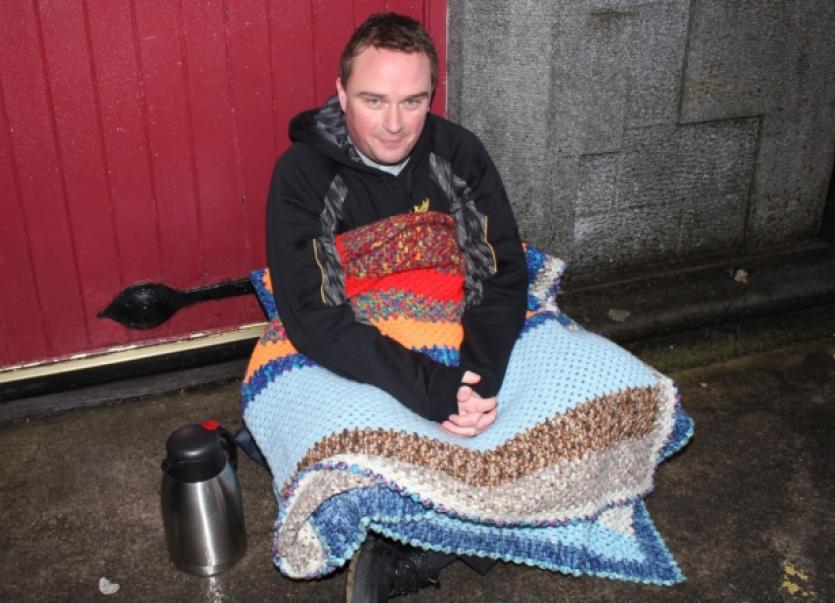 A COUNTY Limerick priest will be praying that the weather improves as he prepares for a Christmas Eve “sleep out”.

A COUNTY Limerick priest will be praying that the weather improves as he prepares for a Christmas Eve “sleep out”.

One of the youngest priests in the country, Fr Ger Fitzgerald, from Castleconnell, said he took the decision in order to try and show that the Church is on the side of the poor and the oppressed in the world.

After the 33-year-old was ordained in Castleconnell, which is in the diocese of Killaloe, he began life as a curate in Ennis. During his two years there he says the effects of the recession are very visible for priests as they see and hear things that others don’t.

“I am going to sleep outside on Christmas Eve in Ennis at the Fairways apartments in order to try and show that the Church is on the side of the poor and the oppressed in the world. I propose to do this to, in some small way, show some bit of solidarity with the poor,” said Fr Fitzgerald.

The derelict apartments are where many of the town’s homeless congregate.

“At Christmas time the Church honours the birth of Jesus Christ, Immanuel, God is with us. That means that God has come to visit His people. He has come among us, in the person of Jesus Christ, to walk with us, to unite humanity and divinity perfectly within himself so as to raise us up to be like him.

“The part that is difficult for even me to understand is that God, in the person of Jesus Christ, came among us in a stable, born to a poor young woman, in a poor village and was laid in a manger or an animal’s feeding trough.

“To my mind, this means that if we are to be taken seriously as ‘persona Christi’ at the Mass, we too must, in imitation of Christ, be with the poor, the vulnerable and those in need,” said Fr Fitzgerald.

He will begin his vigil at midnight this Tuesday, December 24 and conclude it at 7am as the sun rises.

He hopes that this will be the first of many new initiatives in the coming year which will see a closer union between the Church and the poor, as the Church attempts to do what Pope Francis has demanded and go out into the streets and meet the poor and those in need.

Fr Fitzgerald, quoting from Social Justice Ireland, says that one in seven people at risk of poverty has a job.

“While one in eight people were unable to afford heating at some stage in the past year and one in 10 people suffers food poverty across the country.

“This is a scandal,” said Fr Fitzgerald, who reflects on the parable of the Good Samaritan.

“A man assaulted and left half dead at the side of the road. People pass by him and look at him. But they do not stop, they just continue on their journey, indifferent to him: ‘It is none of their business’.

“How often do we say: ‘It’s not my problem’. How often do we turn the other way and pretend not to see. Only a Samaritan, a stranger, sees him, stops, lifts him up, takes him by the hand, and cares for him,” said Fr Fitzgerald, who asks that you remember him in your prayers.

“I would also welcome people to join me for an hour or half an hour, in particular, if you can play a musical instrument or tell a good story!” said the popular priest.

After midday Mass in Ennis, Fr Fitzgerald will drive to Castleconnell for a well deserved Christmas dinner.

During the summer he cycled 30 miles for 30 days to raise money for Barnardos.