Bloodbath on the cards in Cappamore/Kilmallock electoral area 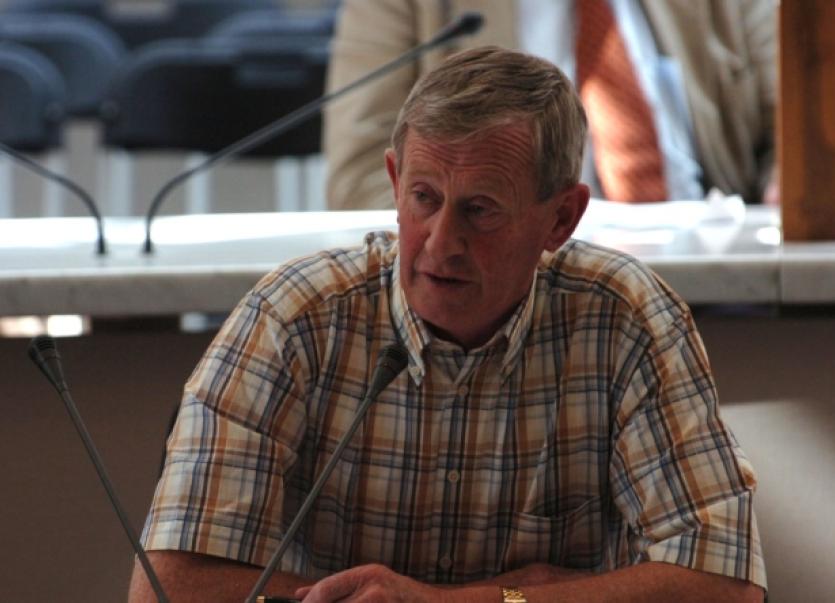 A BLOODBATH is on the cards in the Cappamore/Kilmallock electoral area where nine sitting councillors look set to fight it out for seven seats.

A BLOODBATH is on the cards in the Cappamore/Kilmallock electoral area where nine sitting councillors look set to fight it out for seven seats.

With a geographical spread which extends from Anglesboro to Murroe and is bigger than County Louth, the 10 candidates confirmed in the running to date will have the soles of their shoes well worn by mid May in a bid to secure every vote they can.

In the Fianna Fail camp, four candidates are in the frame in the form of sitting councillors Eddie Ryan, a farmer from Galbally - who received the highest number of votes on the night of the party’s selection convention, long-serving councillor Eddie Wade of Drombanna, IT specialist Mike Donegan from Kilmallock and Cappamore’s Noel Gleeson.

Former county councillor Joe Meagher from Oola is to stand as an independent after failing to win a nomination for Fianna Fail.

“Every election isn’t easy - all we can do is go out and do the best we can,” commented Cllr Noel Glesson of the impending contest.

According to the Cappamore farmer, the new changes in the boundary lines which have seen much of the old Castleconnell area absorbed into Kilmallock, has resulted in “a terrible lot of uncertainty”.

“From this side of the Kilmallock area, we don’t know if we will have a sub-office,” he pointed out.

“What I am looking for, and I’ve asked the manager for it, is some sort of a sub-office because we are too far away from the base. The council is supposed to provide the services for the people and if the services go away from you, you are not providing it - it’s as simple as that,” said Cllr Gleeson who is contesting his fifth local election.

The interest in the forthcoming local elections was evident last month when over 300 people packed into Bulgaden Castle outside Kilmallock for the Fine Gael selection convention where four candidates were ratified to contest next year’s contest.

These include three outgoing councillors - Bill O’Donnell, a solicitor from Bruff, farmer John Egan from Murroe, and publican Mike Houlihan from Kilmallock. Hospital auctioneer Gerald Mitchell also got on the ticket.

Cllr Bill O’Donnell said it will be a “hotly contested election with a considerable number of outgoing councillors in the field”.

“We have four very strong candidates and we will be fighting very hard to retain the Fine Gael seats in the area, ” he said.

Independent sitting councillor, Brigid Teefy from Ballybricken, is also fighting to retain her seat while Labour’s David Moloney, a former Limerick hurler from Kilfinane, is undecided on whether he will contest the election.

“I haven’t fully made my mind up. I intend to be in a position to contest it but must give it some consideration,” he said.