Patricia Feehily: ‘Your call is important to us’ 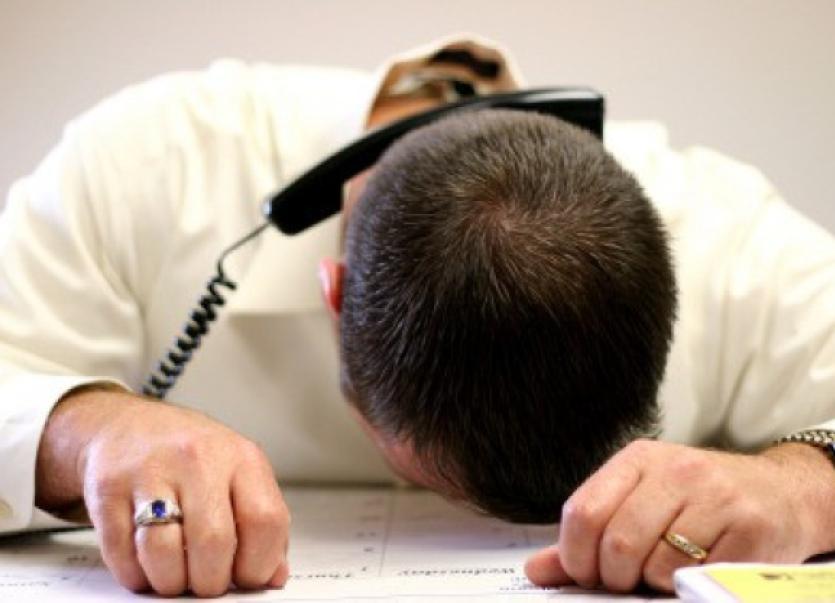 IT’S a right mishmash of a column I have for you all this week, but my thoughts are racing in advance of the Budget and I’m all over the place. I’m finding it difficult to focus on anything, but I should be back to normal by Wednesday – if I haven’t been mortally wounded by a budgetary hatchet in the meantime.

IT’S a right mishmash of a column I have for you all this week, but my thoughts are racing in advance of the Budget and I’m all over the place. I’m finding it difficult to focus on anything, but I should be back to normal by Wednesday – if I haven’t been mortally wounded by a budgetary hatchet in the meantime.

The week started out badly when I had to ring the Department of Agriculture – for the fourth week in succession – to find out what had happened to hubby’s Disadvantaged Area Aid payment. He had got it into his head that the Government had it in for him - seeing that he wasn’t of their persuasion and everyone else he knew had been paid. “Rubbish!” I said, as I dialled the Department’s DAA ‘helpline’ in an attempt to make sense of the situation. A male voice at the other end told me that all their operators were busy and my call was being ‘queued’. Now at the best of times, I’m not good in a queue. Having to queue up for anything makes me anxious, cross and irrational. That goes back to my young days when I had to queue at a petrol station for two hours to get ten shillings worth of petrol during an oil crisis in the 1970’s. Eventually when the queue started moving, I pulled out the choke too far and the car wouldn’t start for me. Things like that affect you for life!

Anyway, the problem with this particular queue was that I had no idea how many others were in front of me, or if the queue was moving at all. For all I knew I could have been there all day with a phone stuck to my ear. Actually, for all I knew, the people at the other end might have been just taking a break.

Then, as if reading my thoughts, a female voice intervened to tell me that all their operators were still busy – as if I’d doubted the first voice. “Hold on and you will be attended to shortly,” she said courteously. She should have left it that and everything would have been fine. Instead she repeated the message every two minutes or so, thanking me for holding but making it quite clear that she wasn’t there at all and that I was listening to a recording. I was livid. “You’re right,” I said to hubby. “They do have it in for you.”

But as the saying goes “all’s well that ends well”. When I finally got to the end of the queue, shattered, distraught and paranoid, I encountered a pleasant and efficient public servant – I thought they didn’t make them like that anymore – who assuaged my anguish, calmed me down and told me that the money was on the way. Hubby shrugged off the persecution complex but says it doesn’t matter - he’s sticking with his own political affiliations, regardless.

Then no sooner was I off the phone than another wallop knocked me for six. The Taoiseach whom I had defended so stoutly last week over the Referendum was now hell bent on reforming the Senate – by extending the vote to every third level graduate in the country. That leaves me one of the sorry band of the disenfranchised – a state I’m not at all happy about. I mean what do Third Level graduates have, that the rest of us don’t have, when it comes to political nous? What did they do to earn the right to a vote that will be denied to most of us?

The woeful week trundled on and the junior doctors went on a one day strike winning widespread public support, while teachers who are members of ASTI were condemned for having the audacity to stand up for their rights in the face of unprecedented classroom pressures as well a future of downright poverty. That stand evoked the particular ire of former UL president Ed Walsh, who could barely hide his disdain for the teachers who, incidentally, can never even dream of a pension like the one he enjoys. It was a strange intervention indeed from an educationalist, but then maybe Ed was never the teacher’s pet. He does, however, profess admiration for Ruairi Quinn, the Minister who has pitted teacher against teacher in an utterly discriminatory remuneration system that spans so many tiers that you’d get dizzy trying to figure it out.

The public is worried about the effect of the teachers’ action on pupil welfare. Tough! The children of the 1913 lock-out had an awful lot more to worry about than points in the Leaving Cert.

The last straw of the week that nearly broke the camel’s back was the news that some parents in a Limerick primary school wanted to postpone First Communion to facilitate a trip to a pop concert. Why do they want their kids to receive First Communion at all if that’s what they think of the Sacrament? Thankfully, they were voted down.

Maybe it was just one of those weeks, but I’m not convinced. I think we’re living in strange times, in a country that is becoming more bizarre by the day. Now, as I write, I have the Budget to contend with, but, from what I’ve heard, the free travel pass is safe. However, I’d happily sacrifice it in the national interest if it helped secure fair play for the teachers, even though I was never the teacher’s pet either.