Celia Holman Lee - My Week: Everything is coming up Roses 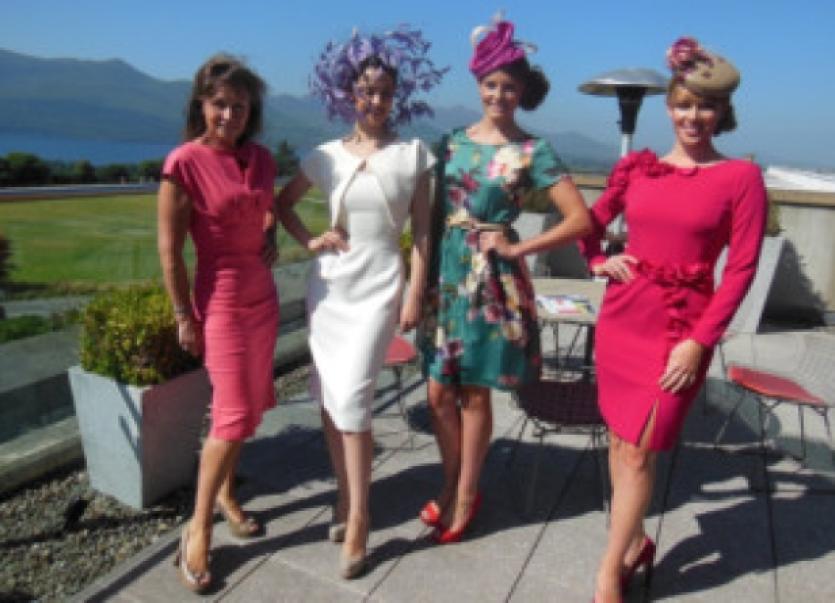 There is one place I love visiting and it’s Aghadoe Heights Hotel in Killarney and that where we launched the Rose of Tralee fashion show, which is on Sunday, August 18.

There is one place I love visiting and it’s Aghadoe Heights Hotel in Killarney and that where we launched the Rose of Tralee fashion show, which is on Sunday, August 18.

We are delighted to announce that Don O’Neill of THEIA will be the Guest of Honour. Fashionistas attending the show will be treated to THEIA AW’13 collection alongside international collections from The Design Centre, Dublin and top boutiques in Kerry and beyond. A major addition to this year’s show will be the Rose of Tralee Fashion Designer Awards, which will be presented by Aghadoe Heights Hotel, Killarney & Hannon’s Fashion Shop, Castleisland.

Also one lucky woman will leave the Dome with the prize of Best Dressed, sponsored by The Loop at Dublin, Cork & Shannon airports. The models and production will be provided by my very own Holman Lee Agency, the hair at the show will be done by Cathrionas Hair Salon, Castlegregory and the shoes will be provided by Serendipity Shoe Boutique, Adare & Limerick.

Hope to see you there!

I was thrilled to have met the author of “The Spinning Heart”, Donal Ryan, a native of Tipperary, but now residing in Limerick, who’s book was longlisted for the 2013 Man Booker Prize. “The Spinning Heart” was published in October 2012 and was named the 2012 Book of the Year at the Irish Book Awards.

The book is centred on the social and human effects of Ireland’s recession, set against a backdrop of tension and violence focused on on the kidnapping of a child and murder of a man.

It is fantastic for him and for Limerick to have an author of this calibre.

We wish him the very best of luck!