Social welfare claimants on rise across Limerick city and county 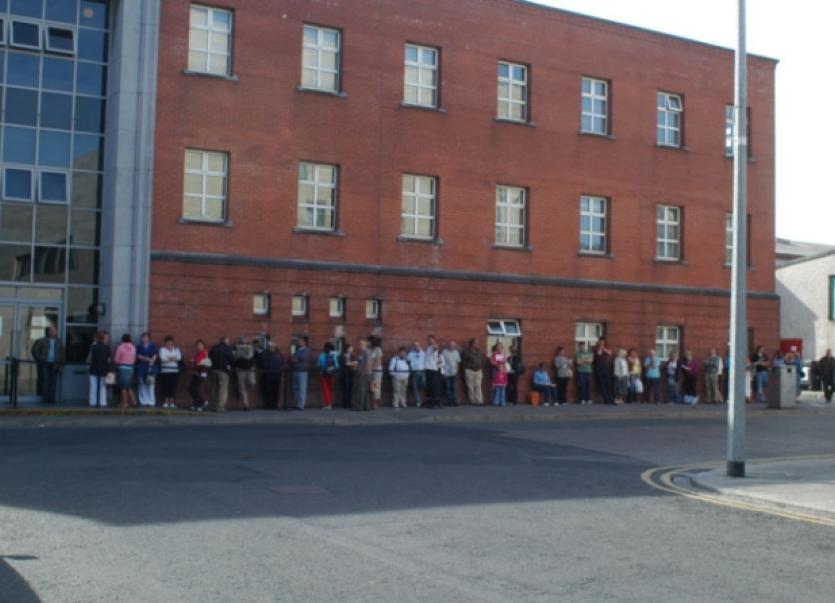 THE number of people claiming social welfare in Limerick has risen again over the last month.

THE number of people claiming social welfare in Limerick has risen again over the last month.

According to figures just released from the Central Statistics Office, a total of 464 people joined the live register in the last month.

The majority of those queuing up are men under the age of 25.

Elsewhere, Kilmallock has bucked the county’s upward trend, with the number of claimants actually falling in the month.

There has been a drop of 37 people on the live register in Kilmallock, with the dole queue now standing at 2,577 people.

There is not such good news in Newcastle West, where the numbers claiming welfare have risen from 3,103 at the end of June to 3,166 people at tyhe end of July.

In the Listowel welfare office, typically used by many people on the Limerick/Kerry border, there has been a slight rise - from 3,024 people at the end of June to 3,055 at the end of July.

Sinn Fein city councillor Maurice Quinlivan has accused government ministers Michael Noonan and Jan O’Sullivan of being “asleep at the wheel” in relation to the rise.

“Limerick’s worsening unemployment figures are going in the opposite direction to the national figures. While nationally there has been a small decrease in the live register, July’s figures show an increase of hundreds on the register here in Limerick. Do Ministers Noonan & O’Sullivan even know that 464 new Limerick people joined the live register in July with the bulk of them 438 being from the City,” he asked.

Nationally, there has been a reduction of some 6,619 people from the Live Register.

But Cllr Quinlivan blamed this on raised emigration levels.

Local Fine Gael councillor Michael Sheahan believes Mr Noonan is doing the best he can, however.

“I know Michael Noonan is doing his very best to generate activity. I know the government is doing its utmost to bring economic impact to Limerick City. But I would hope that the efforts are redoubled to arrest the declien by all the bodies concerned, both the local agencies, and government departments,” he told the Limerick Leader.