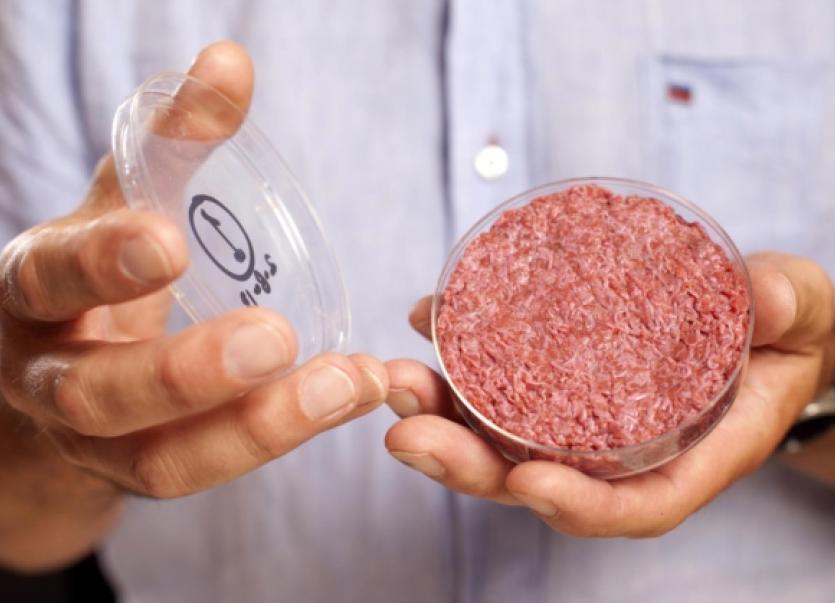 THE first question I want to ask this week was asked half a century ago, but it has suddenly become more pertinent than some of us could ever have imagined. The question is: do androids dream of electric sheep?

THE first question I want to ask this week was asked half a century ago, but it has suddenly become more pertinent than some of us could ever have imagined. The question is: do androids dream of electric sheep?

The second question on my mind may, or may not be related. Do the young people of Ireland dream of robotic bus drivers.

My first question was prompted by the news – which will have become a reality by the time this gets to print – that a scientist in the University of Maastricht is about to fry and eat the world’s first laboratory grown beef burger – a piece of mush grown in a petri dish, by means of stem cells harvested from the muscle fibres of a cow.

Yuck! It’s enough to put you off your dinner. I always knew the farmers of Ireland were foolish to have trusted Maastricht!

Now, I have no idea what goes into ordinary beef burgers these days – apart from the fact that horse meat is out – but, if you don’t mind, I’d prefer if it was a real cow, grown in a field rather than in a laboratory. But maybe everyone doesn’t feel like that. I know lots of kids who would never drink milk again if they had the slightest suspicion of where it originates. I know lots of adults too who would prefer not to know what happens to the milk on the way from the cow to the carton. But that’s neither here nor there.

Back to the stem cell burger! The trouble with me is that I’m a traditional farmer who likes the natural fruits of the earth. I’ve had a phobia about cultures ever since the 1990’s when someone gave me a recipe for Kombucha tea, complete with a mother culture that looked like a mushroom. This, placed in a dish of green tea with sugar, was supposed to produce an offspring over the course of three weeks of fermentation, while the tea itself would become enriched with nutrients that would cure my numerous malaises acquired during a period of insufferable hypochondria. I looked in on it one day and discovered to my horror, not one, but three offspring floating in the brew. Triplets, if you don’t mind. I grabbed the dish and ran out the back door as fast as I could and threw the contents over the hedge. I was cured instantly, but it took years before I had conquered an irrational fear that maybe some of the aliens had escaped in the house.

But the stem cell burger is even more alarming. It was first tested using the stem cells of a mouse, so how are we to know where they’ll be sourcing burgers in the future? It is being viewed in some scientific circles as a giant step for mankind – a ready source of artificial meat for the world’s burgeoning population and one that is much more environmentally friendly than fields and slatted houses full of belching cows drilling holes in the ozone layer. If it takes hold, farming is finished. No more fodder crises, and to be honest, I don’t know what we’re going to do with all the grass we’ll have in the country. The place will go wild. The trouble too is that we’ll all be dreaming of electric sheep, because owning a real animal will become a status symbol, as it did in Philip K Dick’s famous 1960’s novel.

Now, Irish farmers have faced many challenges since globalised food production first began to threaten their livelihoods, but this fake hamburger really does sound apocalyptic. If it works, the CAP simply won’t fit anymore. This is no time for complacency, and for the life of me, I can’t understand why the IFA and the ICMSA aren’t already on the streets campaigning against stem cell burgers. All the rest of us can do, for the moment, is pray that some scientist chokes on his test tube burger and that “Origin Ireland” will never be traceable to a petri dish.

Now, briefly to the second question! Do the youth of Ireland dream of robotic bus drivers? Dublin Bus drivers are on strike as I write and the vitriolic ‘Twitter’ reaction to the strike by many young people in the Capital has appalled me. They are voicing their condemnations in the foulest language because they are being inconvenienced by this rare display of industrial action. How are they going to get to (expletive) work, for heaven’s sake? The ones I pity, however, are those who are (expletive) outraged because now that the (expletive) bus crews are walking up and down with pickets, they’ll have to make some other (expletive) arrangements to get to their grinds and their social outings. What a nuisance!

Look, I don’t know what they’re learning in CSPE in schools these days – or in history for that matter – but if Ruairi Quinn wants the next generation to have a greater social and political awareness, he’ll just have to revise the curriculum again, and at least ensure that they recognise the right of workers to strike as an indispensible ingredient of a democratic society, regardless of the inconvenience.