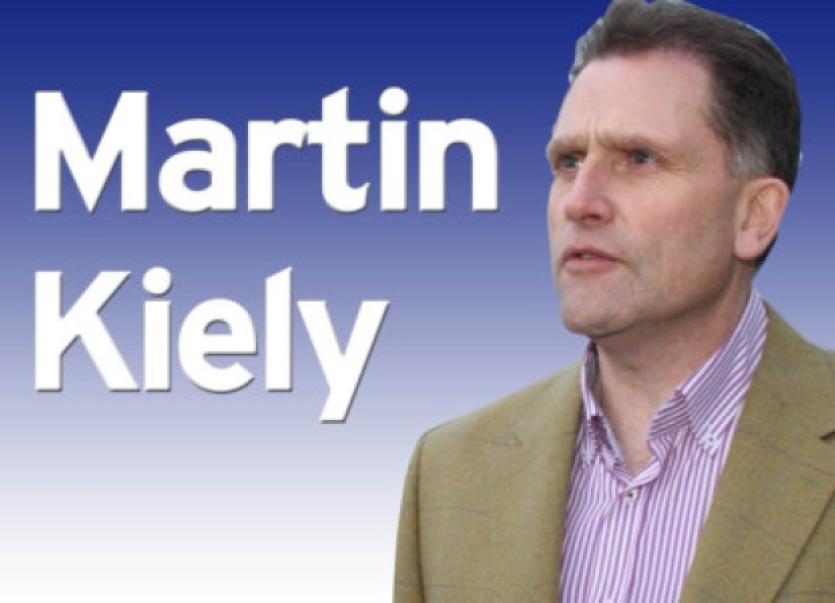 Martin Kiely looks back on Limerick’s win over Dublin and makes a few suggestions as to where they can improve.

Martin Kiely looks back on Limerick’s win over Dublin and makes a few suggestions as to where they can improve.

For almost three quarters of the game it looked like there would be only one winner.

Dublin, by far, looked the side playing with greater hunger but, more importantly, they were winning the majority of possession and should have had this National Hurling League encounter well wrapped up by half time.

Limerick were very poor in the opening 30 minutes and were it not for the accuracy of Declan Hannon Limerick could well have trailed badly at the break. Dublin will still be scratching their heads as to how they left this game slip from them. They missed five clear cut goal chances which tells you a little about the possession they enjoyed and how their forwards pulled many Limerick defenders through the rake. The open space of Croke Park provides no place to hide and in this regard quite a few Limerick players were struggling. Dublin, on the other hand, wasted little time in stamping their authority on the game while many Limerick players were finding it hard to cope with the basics of the art. The overriding comment of most Limerick supporters leaving Croke Park last Saturday night was, how did Limerick manage to win a game that they looked well and truly out of?

For me the game changed when Dublin were reduced to 14 men 16 minutes into the second half, couple that with the way three Limerick players took control of the game, Declan Hannon, Graeme Mulcahy and Kevin Downes led the way with some outstanding scores. Hannon was majestic from frees, particularly from tight angles while Mulcahy’s goal was the game changer.

It’s been a while since we saw the real Kevin Downes stand up and I was so happy to see this man find form in Croke Park. It was great to see Limerick win but if people are honest they will know only too well that Limerick have many problems on the field and it’s up to the management to get them sorted. Limerick are starting slowly in most games and I wonder does it have anything to do with the warm up? The Limerick warm up is conducted in a square about twenty meters and of all the teams I see at this level, both in hurling and football, I would have to say that Limerick needs to have a serious look at the value of their warm up.

Limerick might well wonder how they won this game but for Dublin manager Anthony Daly it’s little surprise to see him floridly challenged at this stage ­– for twenty five minutes they had kept Limerick to two points coming from Paudie O’ Brien and Graeme Mulcahy. It took Limerick eighteen minutes to score their opening point and overall they were a team badly in need of leadership. Dublin failed to score for the last ten minutes of the opening half whereas Limerick hit five points in the last five minutes.

It was as poor a half of hurling as I can remember from a Limerick team, it lacked pride and passion but most of all it lacked work rate and it was a miracle that only one point separated the teams at half time. Many in the Limerick defence were finding the going difficult but they often had little time to breath as the Dublin half back line rained ball into their forwards. That aside, the area requiring urgent attention in this Limerick team is the defence. If we are to have any hope of making it back to Division 1 of the League or having a serious chance against Tipperary in the Championship we must find or develop players for the key positions.

When Conor McCormack scored the opening goal of the game for Dublin five minutes into the second half it suggested they would now go on to copper fasten their advantage. Limerick were struggling at midfield and it saw many of the forwards travelling to hoover up scarce possession.

David Breen moved to centre forward for the second half and to his credit he played a major part in taking the game to Dublin. Breen is best suited to a central position but when are the selectors going to try him at centre back? This position is far from solved but what are the Limerick management waiting for? Breen could solve their dilemma if they give him a chance. Dublin had the advantage in more ways than one but they fell asleep and it cost them dearly. Between the fifth and 23rd minute they managed only one point, midway during this stage they lost Paul Ryan for an off the ball go at Tom Condon while Limerick had added 1-7.

The goal from Mulcahy after Breen had done much of the spade work and also some fine points from Downes, Browne, Hannon and Moran brought Limerick very much back into the game. The standard of hurling had improved greatly during this time but Dublin losing Paul Ryan to a straight red card greatly helped Limerick.

Like many occasions in the past Dublin were found wanting when it was put up to them, it seems their intake of air becomes curtailed when the challenge is greatest. Dublin only scored three points in the last 20 minutes of the game and that in itself gives a fair indication of how they faded in this game. Limerick were a man up and with extra space they punished Dublin whose indiscipline cost them dearly.

This was a very important win for Limerick and while all will accept much work remains to be done, they will nonetheless be more than happy that it provides a foundation to build upon for the remaining games in the League. Limerick are now in the driving seat and the focus now must be to make sure no mistakes are made in the pursuit of returning to the premier grade of hurling. The Limerick management have to settle the team and I think they also need to strengthen the bench, some players were let go and it was rather unfortunate that those players were let go without a road map for the future.

Players need structure and guidance and it’s the duty of the management to provide that. This is something that has been badly lacking in Limerick for sometime – instead players are let go never knowing how they can go from good to great. There are a few very good players who, for some reason, are not part of the Limerick set up at the moment and I do hope John Allen and moreover his selectors have the vision to cast the net again and get the best from every player.

The odds are fairly good that Limerick and Dublin will play each other again in the final of this division and that might just be a totally different game but for now let’s take the win because it should add much needed confidence to the team.