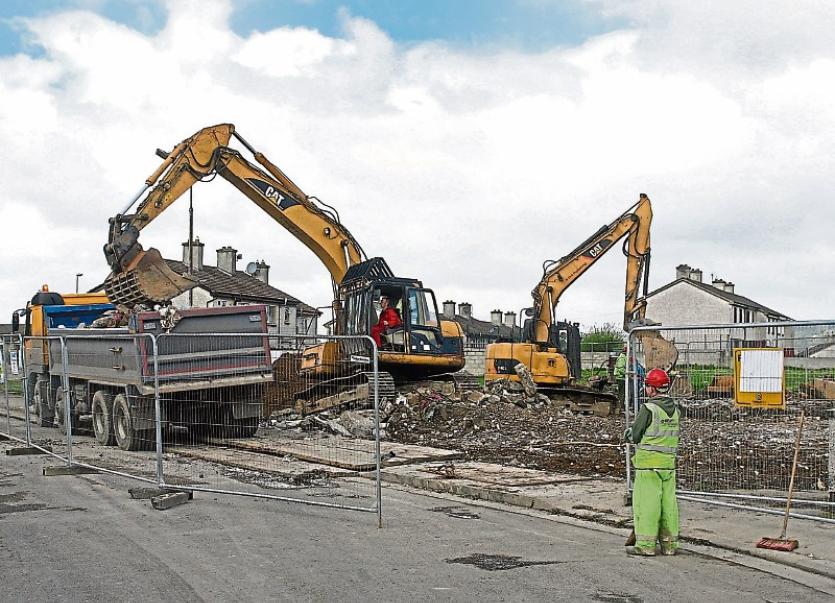 MORE than 1,200 homes have been knocked in Limerick’s four regeneration areas – but only 149 have been built in their place.

On top of this, almost €400m has been spent on the project covering Moyross, Southill, St Mary’s Park and Ballinacurra Weston since the start of the project in 2007.

The figures were presented to Fine Gael councillor Stephen Keary at this month’s local authority meeting.

According to Elaine O’Connor, a senior executive officer in the housing directorate, some 895 vacant in some cases derelict or partially derelict homes were demolished in the estates between 2008 and 2012 when the project was managed by a designated firm.

Since then, when the responsibility for the scheme was transferred back to council, a further 381 units have been knocked.

“To put this in context, the population of the areas declined by between 40% and 70% in the 30 years up to Census 2011. In simple terms, many people had left these areas with a resultant spike in the number of vacant units which adverely impacted on the quality of life for remaining residents and gave rise to additional problems with anti-social behaviour,” said Ms O’Connor in a written reply.

But a number of these fall in areas which are not part of the designated regeneration zones, with the real-terms figure for the estates at 149.

Cllr Keary, an engineer by profession, said: “I think there is a major lack of oversight about the whole process. We are seeing vast sums of money spent and we’ve never been party to that, even though it’s within our council area. Irrespective of whether I am based in Rathkeale or in Moyross, there is an obligation on me as a councillor to ensure money is spent properly.”

The former mayor said in his opinion, this has not been the case.

“When you take the number of homes constructed – and they’ve included houses from outside the regeneration areas – I don’t think we are getting value for money,” he added.

Ms O’Connor said there are 161 new houses scheduled for completion over the next two years.

These include projects at Cosgrave Park, Dalgaish Park, Churchfield in Southill and Cliona Park.