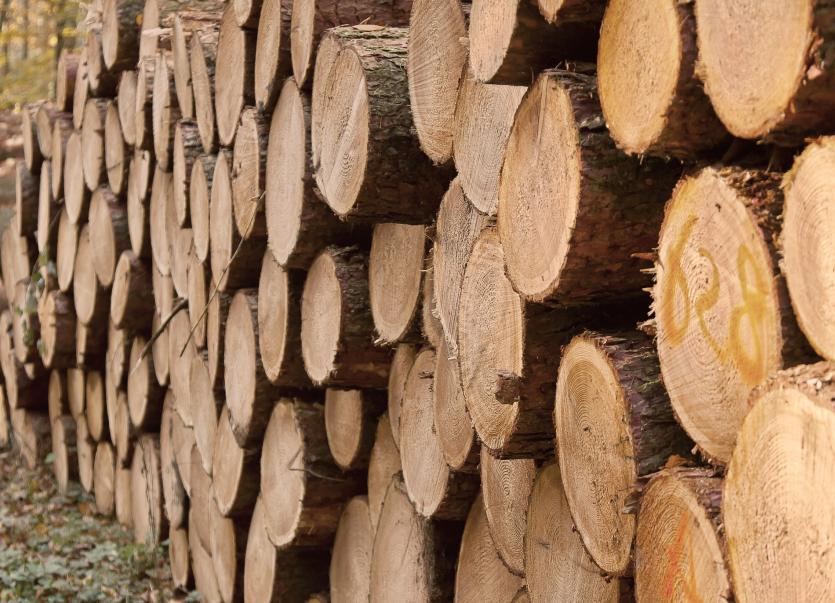 The research has been published in the journal Nature Communications

A NEW study involving researchers at University of Limerick has demonstrated the vital role that the planting of new commercial forests could play in the fight against climate change.

A major finding of the new research is that future deployment of carbon capture and storage technology transforms wood bioenergy into a ‘negative emission technology’ capable of removing CO2 from the atmosphere long-term.

The study, involving researchers at UL’s Bernal Institute, Bangor University, Wales and scientists in British Columbia, Canada, has been published in the journal Nature Communications.

The researchers have shown the key role afforestation can play by including new accounting of greenhouse gas mitigation achieved from future use of harvested wood.

The study applied a novel, time-dependent assessment to capture the complex dynamics of carbon uptake, storage and partial eventual release back to the atmosphere, alongside product and energy substitution by wood products, over a 100-year timeframe.

“Our goal was to undertake a really comprehensive life cycle assessment that considers the whole life cycle of carbon taken up by trees in new commercial forests,” said Eilidh Forster, a PhD student in Bangor University and lead author of the study.

“Because new forests won’t be harvested for another 50 years, the standard assessment approach of applying current technology emission factors to wood value chains is inaccurate. Therefore, we decided to apply projections of future technology deployment to better represent the likely long-term climate change mitigation achieved by harvested wood,” she added.

Her PhD supervisor Dr David Styles, the study’s co-author, who is a member of the Bernal Institute and lecturer in Environmental Engineering at UL, explained that carbon capture and storage technology is likely to be in widespread use after 2070.

This means that new commercial forestry can be a long-term sink of CO2 from the atmosphere, even if a large share of wood is ultimately burned for bioenergy generation, he explained.

However, the study also showed that a large share of carbon removed from forests during harvesting is locked up for many decades in wood products, such as sawn-wood and panel boards used for construction.

“Not only does this delay the release of carbon back to the atmosphere, but it ‘buys time’ for successful commercial deployment of carbon capture and storage technology in the future,” explained Dr Styles.

“For example, a significant share of wood produced in a forest planted today may not be combusted for another 100 years or more if it is used in a hierarchical value chain that prioritises higher-value use in construction or advanced bio-based materials,” he explained.

The study’s co-author, Dr Caren Dymond, Senior Research Scientist in natural resources with the Government of British Columbia, added: “In essence, afforestation is one of the few options available to offset current greenhouse gas emissions, but at the same time can provide a crucial feedstock for the circular bioeconomy that we expect to be expanding rapidly for decades into the future.”

The results of this study counter recent research that suggests commercial forests act only as a short-term sink of CO2. In fact, these new results indicate that, where forest growth rates are high, new commercial conifer forests could deliver up to 269% more climate mitigation than semi-natural broadleaf forests by 2120.

However, the authors stress that whilst this evidence supports the planting of new commercial forests in temperate regions as an affective climate mitigation strategy, a range of other considerations need to be taken into account for sustainable land use planning.

Consideration of wider ecosystem services and biodiversity may favour a mix of forest types, including slower-growing and non-harvested broadleaf forests, and/or stands of mixed conifer and broadleaf species.

Dr David Styles explained: “New commercial forestry doesn’t necessarily have to be harvested in the future, depending on the future comparative value of keeping carbon ‘in the ground’ versus storing it in various wood products and finally using it for bioenergy – preferably with carbon capture and storage technology to keep it out of the atmosphere.

“Therefore, planting new commercial forests is a flexible way to contribute to long-term climate stabilisation goals, and is remarkably robust to future assumptions about technological progress and wider decarbonisation in the economy,” he added.