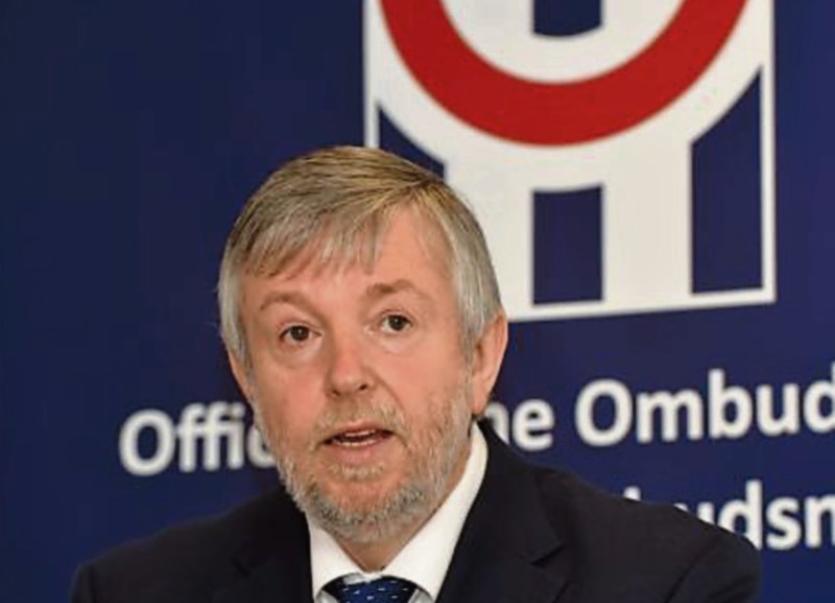 THE number of complaints relating to public services in Limerick fell by nearly a third last year it has been revealed.

In his annual report, Ombudsman Peter Tyndall confirmed that 130 complaints were received during 2020 - down from 192 in 2019.

Of the complaints received last year, 49 complaints related to Limerick City and County Council – ten of which were either fully or partially upheld.

Details of the other organisations the subject of complaints during 2019 has not been disclosed but it’s understood a significant relate to the provision of healthcare and the social welfare entitlements.

The total number of complaints received from people Living in Limerick represented 3.8% of all complaints (down from 5.2% in 2019).

One case study, which features in the annual report, relates to the care of a patient at University Hospital Limerick.

A woman made a complaint to the Ombudsman about the treatment her father received while at UHL. She complained there was a delay in obtaining a treatment plan, a failure to notify her father of test results within two weeks, and other administrative delays.

UHL subsequently apologised for the lack of communication and explained there had been misunderstanding about the need to carry out what appeared to be a ‘repeat’ bronchoscopy test.

The delay in communicating with the patient was attributed to staffing issues.

The Ombudsman received a commitment from UHL that all relevant staff in the hospital were informed of the complaint to ensure that the issues identified would not reoccur. It was also clarified that treatment plans are not routinely given in writing
to patients.

Commenting on the annual report, Mr Tyndall revealed his office received a total of 3,418 complaints from the public last year, a drop of 6% from the 2019 figures, but the highest number since 2015.

He also noted the impact of Covid-19 over the past 15 months.

“Covid has shown us how flexible and capable our public services can be in a crisis.   We need to bring that urgency and ‘can do’ philosophy to tackling issues with congregated settings including those for people with disabilities and applicants for international protection.  That would be a heart-warming legacy from a grim year,” he said.