'The light at the end of the tunnel’: Limerick business people react to indoor hospitality plans 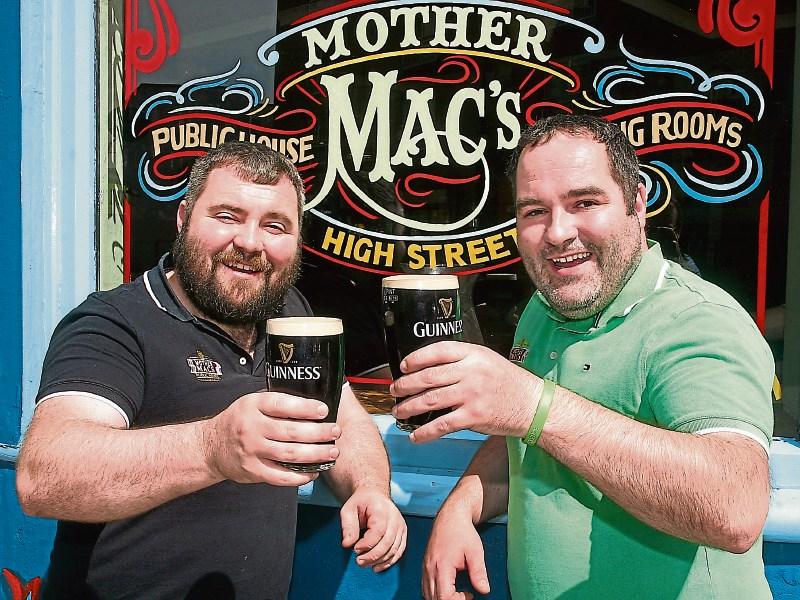 Brothers James and Mike McMahon look set to be able to re-open their High Street premises for the first time in months | PICTURE: ADRIAN BUTLER

PLANS to allow indoor hospitality trading represent “a light at the end of the tunnel”, a businessman says.

Mike McMahon, Mother Macs, was reacting to the signs that tonight's announcement from An Taoiseach Micheál Martin will outline plans to allow people to sit in pubs, restaurants and cafes after Monday, July 5.

The Fianna Fail leader, expected to address the nation this evening, is also likely to confirm that limited crowds will be allowed at the end of June and into July, with hopes that more significant attendances might be possible in time for the latter stages of the All-Ireland series in July and August.​

A phased return of international travel is also expected from the middle of July, as vaccination numbers across Ireland continue to rise.

For Mike, who runs Mother Mac’s in High Street, it will be the first time he has been allowed open since a brief period last October.

He gave a cautious welcome to the proposals, but said: "It’s a very positive step forward. It gives a bit of hope to the industry and the mental health of our customers and staff. No matter what way you look at it, it’s a step in the right direction. The door has now been opened, the light is shining through the cracks.”

The publican acknowledged there is a sense of sadness, as a lot of pubs may not be able to re-open on a socially distanced basis come July – or next month when outdoor dining is allowed.

Some pubs, he warned, may continue to struggle.

“The reality of the situation that pubs are in will only come to light in the next 12 to 18 months. When all the chips are being called in, we will get a true picture of where each of us individually is,” he added.

James Houlihan, who runs the Arabica coffee shop in Shannon Street says the ability to welcome in customers is “absolutely crucial”, admitting he is not making money on take-away.

“I cannot wait. It’s the whole vibe of letting people sit down and have a coffee. That’s what’s been missing the last five to six months. It will be so nice to be able to get this back,” he said.

James says his only regret is he might only be able to welcome between 12 and 16 customers a time to his premises in the city.