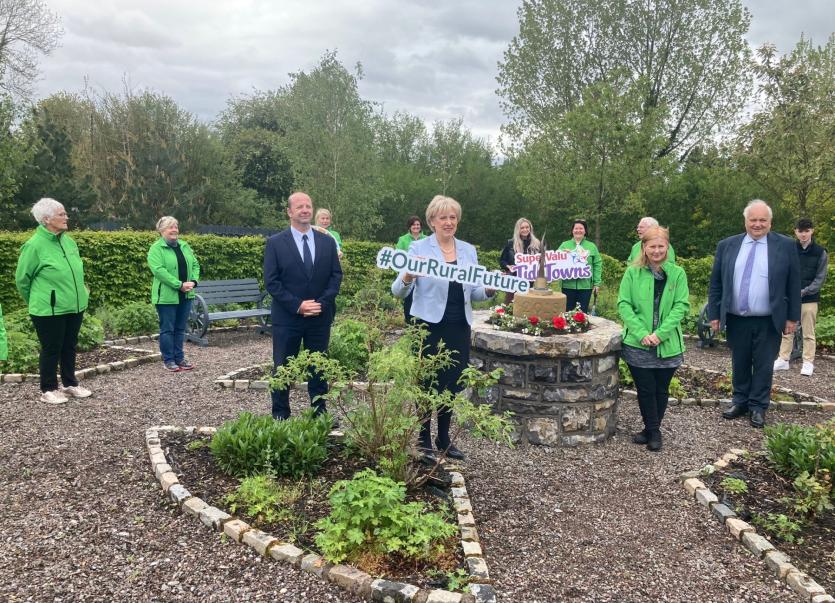 NEARLY 50 Tidy Towns committees across Limerick are to receive funding of up €1,000 ahead of this year's national competition.

The Minister for Rural and Community Development, Heather Humphreys, has announced the return of the competition which was cancelled last year due to Covid-19

Special arrangements have been put in place to ensure the return of the competition this year, with the overall winners due to be announced before the end of the year.

Sponsored by SuperValu, the competition will take place in the same format as previous years, albeit with a specific emphasis on electronic entry and remote adjudication of each entry.

Groups and volunteers should continue to adhere to public health guidelines as they have done since the onset of the Pandemic.

Announcing details of this year's competition, Minister Humphreys confirmed there will be a new award category aimed at groups that have continued to serve and look after their communities despite the difficulties posed by Covid-19.

The Minister has also introduced a special prize for young people, which was committed to under Our Rural Future – ­the Government’s ambitious new strategy for Rural Ireland and she has announced a €1 million fund in December to further support the Tidy Towns groups in Limerick and across the country.

Speaking in Glaslough, County Monaghan which won the overall award in 2019, Minister Humphreys said: “Missing out on the competition last year was very disappointing for everyone associated with Tidy Towns. That’s why I am delighted to announce that this iconic competition is back. I am sure the thousands of volunteers around the country are relieved that we have finally reached the point where we can launch the 2021 SuperValu Tidy Towns competition and are excited for the months ahead."

Ms Humphreys added: “While the last year has been so challenging for everyone, I know that so many Tidy Towns volunteers the length and breadth of the country have continued to look after their communities. Many groups have been unable to deliver on the projects they had planned due to Covid-19. That will not impact in any shape or form on this year’s competition and I am encouraging each and every one of the 987 registered groups across the country to enter once again.”

Also speaking at the launch today, Ian Allen, Managing Director of SuperValu, said: “As one of the longest-running community and sustainability initiatives in Ireland, Tidy Towns is an incredibly important programme that all of us at SuperValu are immensely proud to be a part of. At its heart, Tidy Towns is the public expression of the work countless individuals undertake to make our communities better places in which to work and live. Following a year like no other, this year’s competition is about recognising work of volunteers who have continued in every way possible and collectively help to lift the mood of the nation.”

The 48 Tidy Towns groups in Limerick which will received funding are: