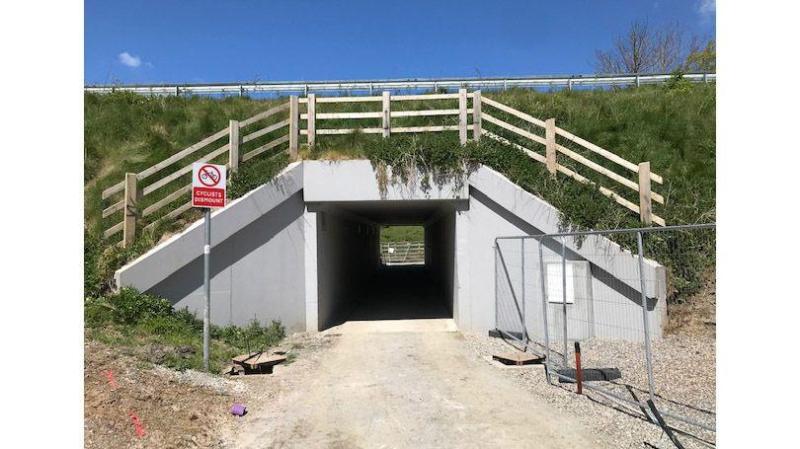 The Barnagh Underpass bring the Limerick Greenway under the N21

ARTISTS have until May 25 to submit their proposal for a mural at the underpass at Barnagh on the Limerick Greenway.

The underpass, which opened in 2019, goes under the N21, and links the Greenway to the recently refurbished Barnagh tunnel which is one of the landmark features on the former railway line.

Limerick City and County Council has identified the greenway as a key attraction in Limerick's tourism offering, opening up the towns and villages through which it passes.

The mural has to have a railway theme to commemorate the old Great Southern Railway.

The material to be painted on is finished concrete, and the tunnel is rectangular in shape with dimension 24m long by 2.7m high by 3m wide.

The proposal is to paint both side walls and the roof of the tunnel.

The Limerick Greenway, which stretches from Rathkeale to the Kerry boundary is currently being upgraded and will eventually continue on to Listowel, Tralee and Feenit.

The closing date for submissions is noon on Tuesday, May 25.