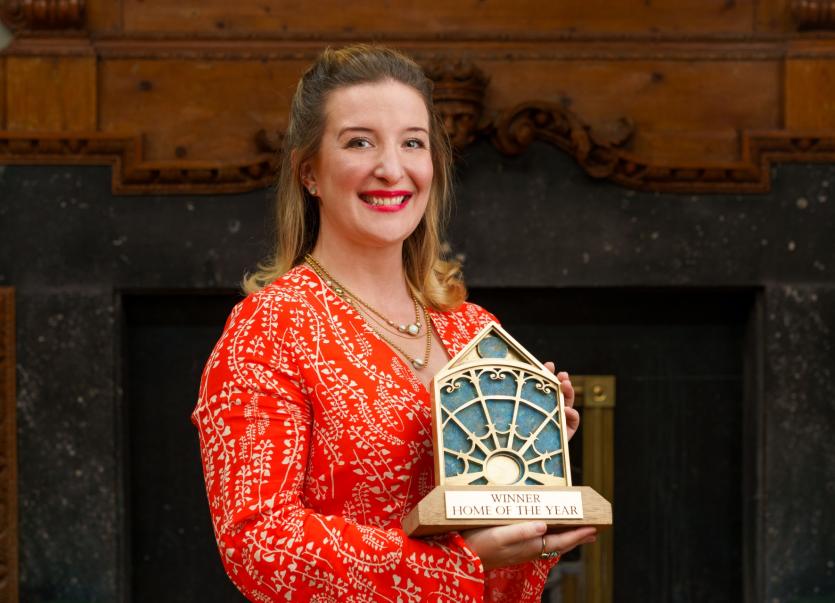 Jen Sheahan with the coveted Home of The Year prize | PICTURE: RTÉ/Joe McCallion

IT’S a case of home sweet home for a Limerick woman who has taken the much sought-after title of Home of the Year.

Jen Sheahan, who was born in Corbally, was named the winner in the grand final of season seven of the popular RTÉ show with her clever renovation of a late 1800s artisan cottage in Rathmines, Dublin.

Jen attended Villiers Secondary School here in Limerick and has definitely kept her Limerick heritage according to her father, Frank Sheahan, a physiotherapist. Her mother Dr Mary Gray is a popular GP and both are based at the Corbally Medical Centre on the Corbally Road.

“Jen moved to Parteen when she was eight years old but, like her father, is Limerick to the core,” said Frank.

Jen is filled with joy after winning the title. "It’s just fabulous," she told the Leader. "to even get into the top seven, let alone win, is incredible!” 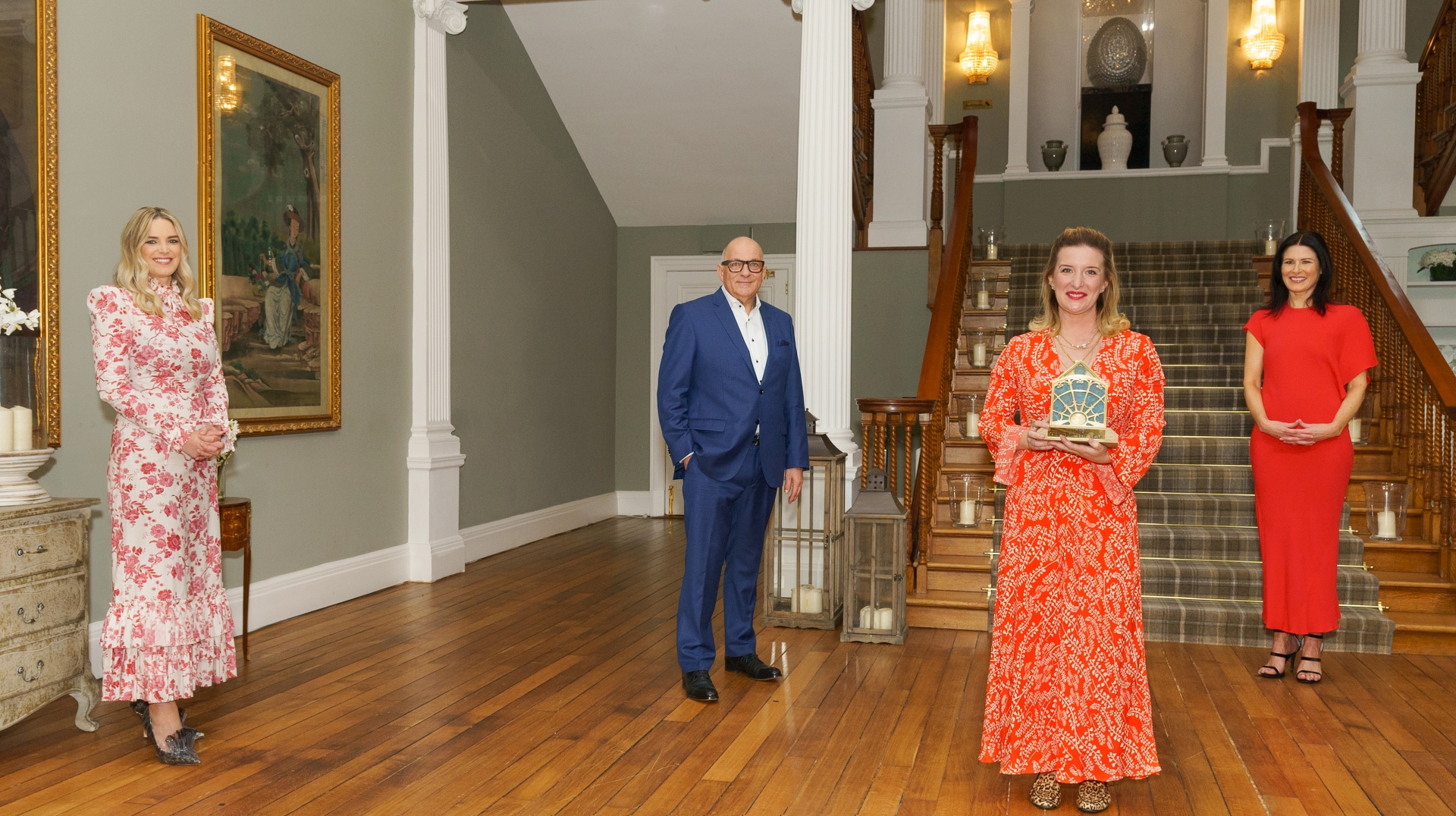 "A unique home and a well-deserved winner," Amanda said in the final episode which was broadcast on Tuesday night.

Jen is one of the contestants with no history in interior design and said she fell into this renovation project due to necessity. “I was working (in Dublin) with a certain amount of money, and only one salary, and all that means is that buying somewhere that needs to be done up and restoring it is a good option,” she explained.

She says that she’s so glad that she decided to go down this renovation path. "It’s brilliant to be able to put your own stamp on something.”

Jen shared her advice on the best way to approach a renovation project for all the budding Limerick DIY hopefuls. “Figure out the use of it before the look of it. It’s really tempting at the start to be like ‘I want it to look this’, and have your pictures and your pinterest boards.” 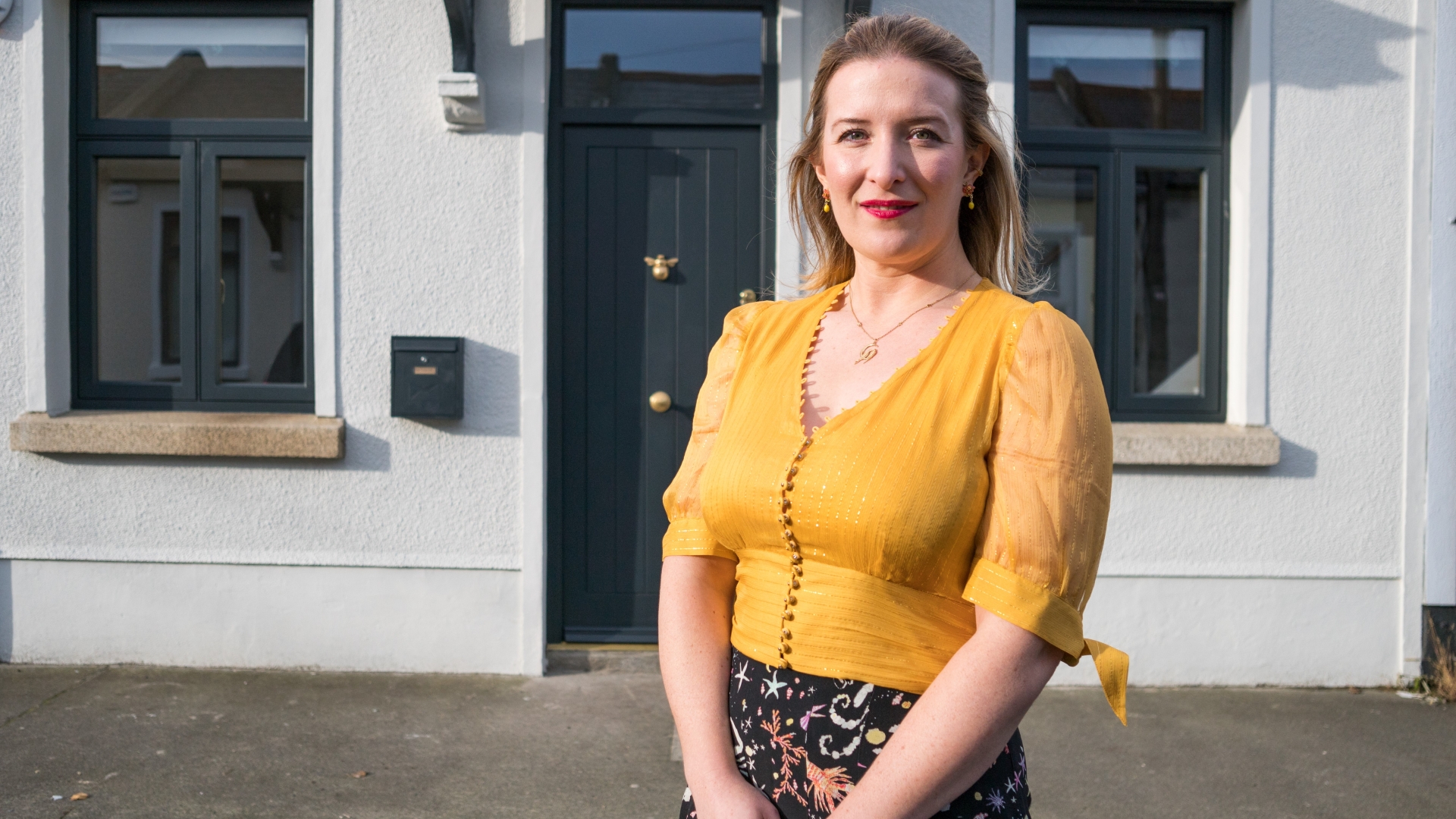 Two other Limerick families of course had secured a spot in this year’s final of Home of the Year, Saara McLoughlin with her home in Annacotty, and young couple Kate and Cian O’Driscoll who hail from Raheen and Ennis Road respectively.

The O'Driscoll's Dublin house made it to the final three homes of the seven properties featured in the final.

Limerick lady, and judge, Suzie McAdam concluded the show by saying of Jen’s winning house: “This home represents everything that this competition is about and it is the right end to this story."