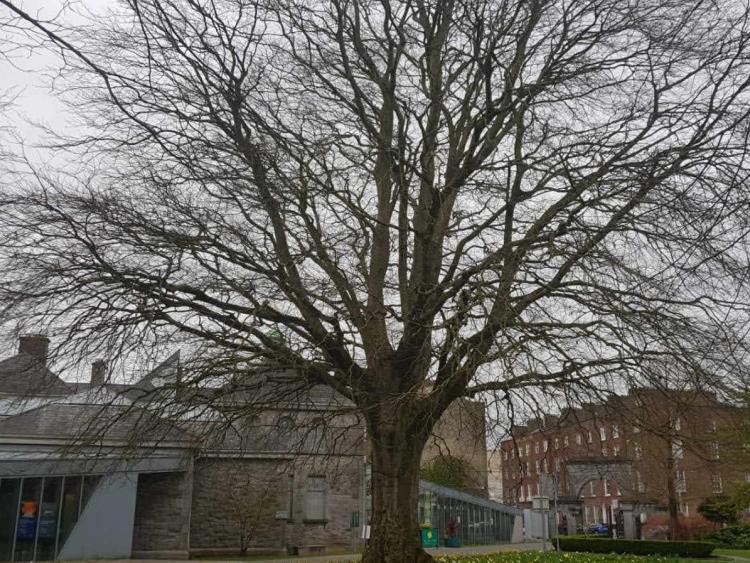 A Copper Beech Tree in the People's Park

NEARLY 500 saplings are being planted across Limerick city and county to mark National Tree Week 2021.

The trees, which are a mixture of native and common species will be planted at a variety of locations from parks to housing estates and green areas.

Traditionally, Limerick City and County Council would have marked National Tree Week by distributing saplings to schools for planting, however this has not been possible because of the pandemic.

Commenting on the planting of 470 saplings, Mayor of the City and County of Limerick Cllr Michael Collins said: “Visiting schools around to plant and discuss the importance of trees to our environment as part of National Tree Week has always been an important job for the Mayor. While this is not possible at present, I am encouraging everyone during this week to understand the important role trees can play as part of actions to protect our environment and climate.”

In addition to the planting of the saplings, the local authority is hosting a webinar with expert Mary Keenan.

Mary was a lecturer in the Botanic Gardens before joining the Parks and Landscape Department of South Dublin County Council. She was President of The Tree Council of Ireland and later its Director.

She was on the board of the Heritage Council for 10 years, runs Gash Gardens and since leaving South Dublin County Council, she is now the editor of the Irish Garden magazine. Mary is also a National TidyTowns adjudicator.

The Beauty of Trees webinar will take place this Thursday, March 25, at 8pm - click here to register.

The trees which be planted by the local authority are a mixture of native and common species will be planted over the coming weeks include: Alnus Glutinosa (Alder); Betula (Birch); Crataegus (Red Thorn); Malus Domestica (Crab Apple); Quercus Robur (Oak); Sorbus Aucuparia (Mountain Ash) and Tilia (Lime).

They will be planted at the following locations.