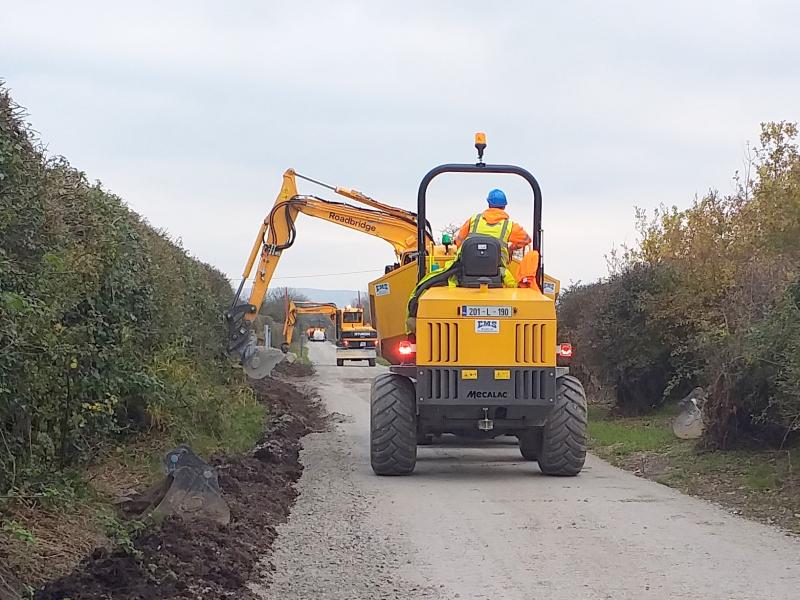 Works to upgrade the surface of the Limerick Greenway are continuing

MORE than €400,000 in funding has been announced for upgrade works on the Limerick Greenway between Abbeyfeale and Rathkeale.

The project is one of 14 large-scale projects which will share more than €6m in funding under under the government's Outdoor Recreation Infrastructure Scheme.

Announcing detaills of the latest round of funding, Minister for Rural and Community Development, Heather Humphreys said: "I know how important our outdoor amenities have been to everyone during Covid-19. That’s why one of my main priorities as Minister will continue to be investing in the great outdoors: Our greenways blueways, trails, cycle paths and forest walks. The Outdoor Recreation Infrastructure Scheme has provided invaluable investment for outdoor amenities and facilities in rural areas over the past five years."

Limerick TD and Minister-of-State Patrick O’Donovan has welcomed the funding for the works on the Limerick Greenway.

"This is fantastic news for the Limerick Greenway. Over the last number of years, I have announced literally millions of euro in funding for this amenity and we have seen the benefit of it, particularly now during the recent lockdown. The investment that we are making now is part of continuing to improve it for locals and visitors alike," he said.

“The latest round of funding is to improve the signage and the Greenway itself and is being done in conjunction with Fáilte Ireland and Limerick City and County Council. Over the recent past I have worked with the Council to help refurbish the tunnel in Barnagh which has been restored to its former glory also secure the two old stations in Ardagh and Barnagh for the Greenway. Today, more good news from the Government and Minister Humphreys, which I know will be welcomed locally.”

Multi-million euro works to upgrade the Limerick Greenway began late last year and it is hoped it will be fully reopened to the public this summer.