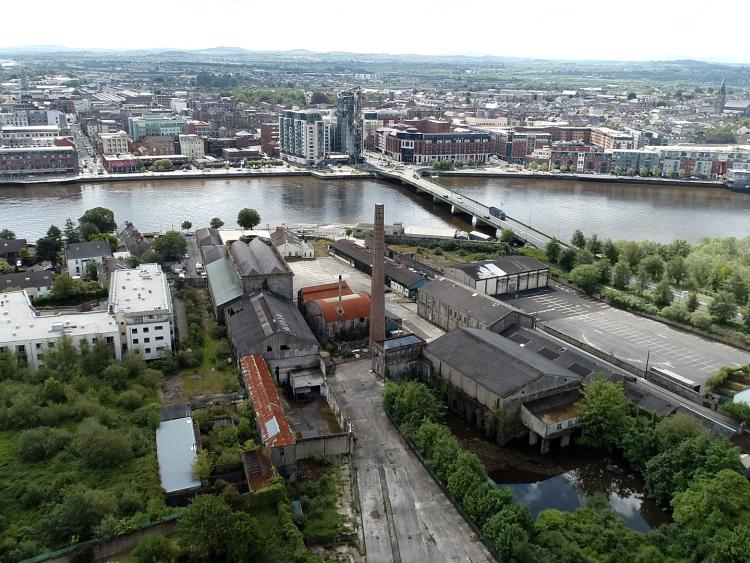 THE Mayor of city and county of Limerick has led the chorus of welcomes that funding of €116 million is being allocated to Limerick through the government’s Urban Regeneration and Development Fund.

Limerick City and County Council, working with its local partners, prepared submissions in relation to four specific projects having to demonstrate a clear and direct linkage between the proposal and the relevant Regional Spatial and Economic Strategy.

Details of the allocations were announced this Friday morning by the Minister for Housing, Local Government and Heritage, Darragh O’Brien.

More than 74.3m has been allocated towards the development of a world-class waterfront linking the Opera site and the proposed new UL Campus across the river to the Cleeves riverside campus and towards the docklands incorporating major improvements at Arthur’s Quay.

The ambitious project will also include riverside flood defences, high quality public realm works, a pedestrian bridge from the city to Cleeves and signature buildings.

A further €42.61m has been allocated for the Liveable Limerick City Centre Initiative which is about making positive, innovative and transformational change to revitalise the centre of Limerick City.

Welcoming the funding announcement, the Mayor of the City and County of Limerick Cllr Michael Collins said: “This is fantastic news for Limerick and it presents us with a unique opportunity to develop high quality mixed-use developments and public spaces of scale in our city centre, creating high quality places for people for living, working and recreation.”

Cllr Collins says the investment will secure the transformation and rejuvenation of many brownfield city centre sites, resulting in the creation of a focused compact city which along with other significant investments, such as Project Opera, will transform the city into an excellent centre for investment, jobs, sustainability, culture and quality of life.

Dr Pat Daly, Chief Executive of Limerick City and County Council added: “This Urban Regeneration and Development Fund grant of €116 million is a fantastic outcome for Limerick and will support delivery of several key projects on strategic city centre sites over the coming years. The delivery of these projects will create thousands of jobs and serve as a catalyst for many more exciting investments both public and private that will help transform the city and the region as set out in our Limerick 2030 plan and confirm Limerick’s status as a very attractive investment location.”

Responding to the announcement of funding for Limerick projects, David Conway, CEO of Limerick Twenty Thirty, which will develop the Cleeves site, said that the funding will underpin the innovative development on the northern banks of the River Shannon.

The 10-acre Cleeves Riverside Quarter is one of six sites in the Limerick Twenty Thirty programme that will amount to over €500m in investment and trigger huge social and economic change across Limerick.  The other sites are Opera Site, which is now underway; Troy Studios and Gardens International, which are completed and fully let; Thomas Street and O’Connell Street Georgian properties and Mungret Park, all three of which are at planning stage.

Welcome news today of the URDF investment of €35m which is pivotal for the Cleeves Riverside Quarter and the ongoing Limerick resurgence.

The total cost of the Cleeves project is estimated at between €250 - €300 million and delivery will take a number of years to be completed.

“This is fantastic news for the city, the region and, indeed, Limerick Twenty Thirty,” said David Conway.  “The master-planning process for the Cleeves Site is underway and reflects the wider ambition that we have in Limerick Twenty Thirty and, indeed, that there is across the city.  A very strong submission for URDF funding from Limerick City and County Council went to the Minister and he and his department clearly liked what they saw,” said the CEO.

“We welcome this investment, which essentially underpins the project. It is major validation for Limerick and the region and is the latest in a growing list of positive announcements that will bring investment and jobs here. It is also another very timely moment as it adds to the growing list of announcements here over recent months that, together, are painting a positive post-Covid picture for Limerick," he added.

Limerick Chamber CEO Dee Ryan has also welcomed the announcement of funding by Minister Darragh O'Brien: ”This is very welcome news of significant investment into our city – the world-class waterfront project will dramatically improve the area around the Shannon in the city centre, featuring public realm works and pedestrian bridges, and it paves the way for private investors to commit to further projects in the area.”

Ms Ryan added that city centre retail and hospitality businesses, who have been worst hit by the pandemic, stand to benefit from the boost to footfall that these projects will bring, and upon completion the improvement to the overall experience and livability of the city centre.

“Todays announcement speaks to the ambition that Limerick has for driving on our city and county.  My congratulations to Limerick City and County Council and project partners on the success of the applications.  We look forward to the speedy draw-down of funding and commencement of works.”