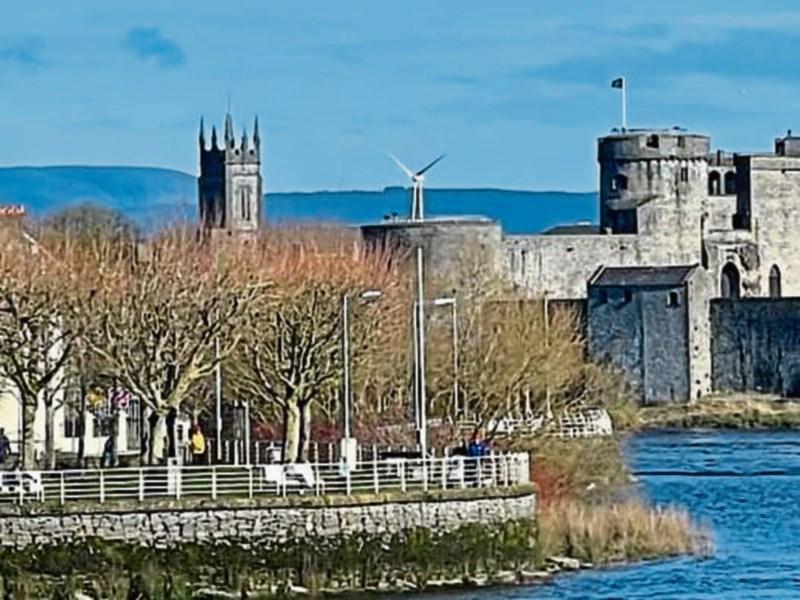 The wind turbine is visible from Limerick's King John's Castle

A CONTROVERSIAL wind turbine erected near the Clare/Limerick border is to be removed following a council order.

Clare County Council has directed the decommission and removal of the turbine for “non-compliance with planning permission”.

Consent was granted almost a decade ago to Seamus Madden to erect a single 800kW turbine, 73 metres high with a rotor diameter of 53 metres in Parteen.

No objections were lodged, and a further extension was granted to his planning permission in 2016.

It was only when it finally did appear, concerns were raised, with the structure visible from behind Limerick’s King John’s Castle.

The council’s enforcement notice was issued earlier this week, suggesting the turbine and base structure is, as constructed, not sited at the location as permitted under planning.

The applicant has also been requested to refund the planning authority the costs and expenses of €300 in relation to the investigation of this.

He made points relating to the start date of the construction and also the set-back distance of the windmill structure from local residences. 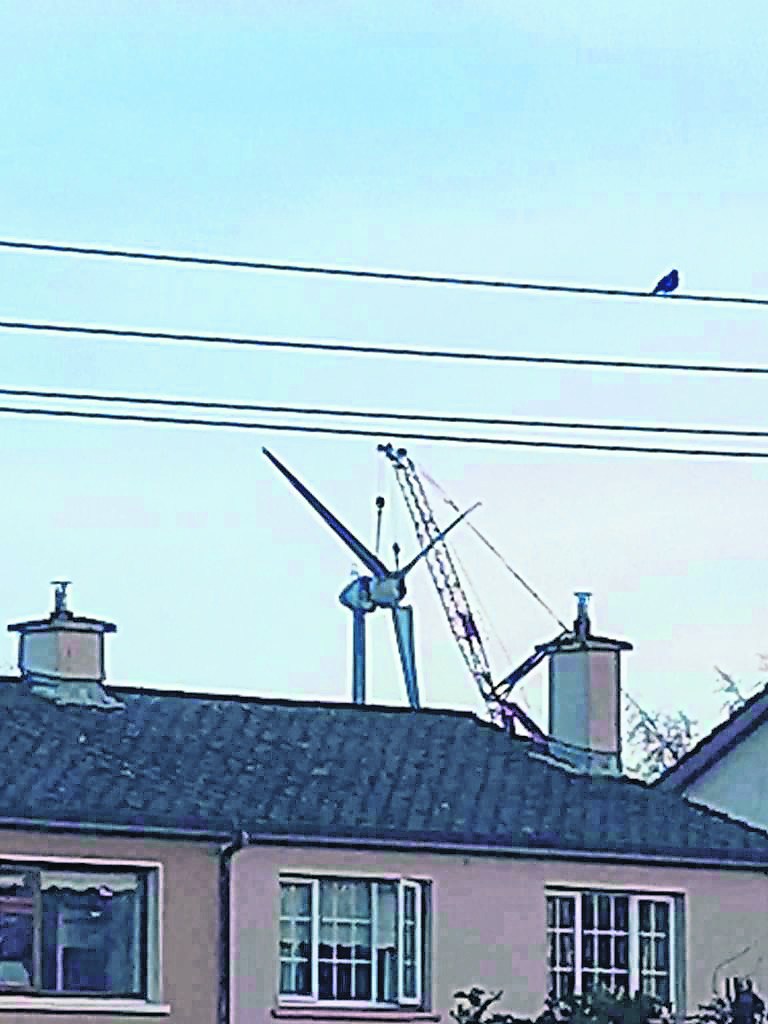 It set in train a council visit to the site, and ultimately, it’s enforcement notice this week.

Mr Crowe has welcomed the move.

He said: “A huge bone of contention was the proximity of the windmill to local homes, and this was the basis of a written complaint I made to the council on behalf of residents, and similar complaints were subsequently made in the community. The council recently took measurements on the site and I understand this was part of the basis for the ultimate decision they took.”

“Whilst everyone wants to see a push towards more renewable energy infrastructure, windmills have to be appropriately located in Ireland, and the heart of a residential community isn’t the best place for this, and I’m glad that the Council has made this determination. I hope it will be taken down within the one month timeframe stipulated,” he added.