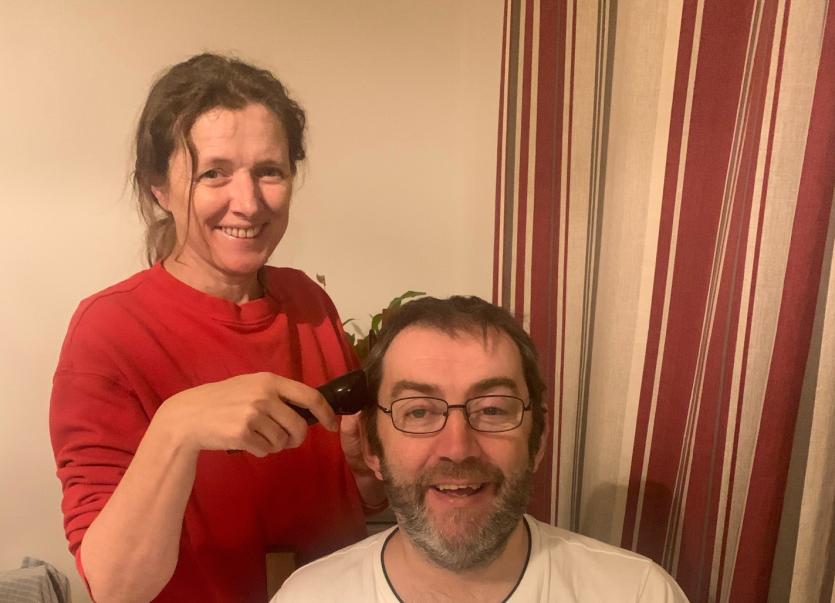 A COVID-19 survivor from County Limerick has raised thousands of euro for the Irish Cancer Society through an online fundraising campaign.

TJ O’Riordan, a native of Abbeyfeale, contracted Covid-19 over Christmas and during his isolation he was left alone with his thoughts.

He says he found the time away from his family very difficult, especially when he had no symptoms but he found a way, as he puts it, “to turn a bad positive into a good positive.”

TJ decided that raising funds for a cause close to his heart would be a great way to move away from his strange start to the year. So, on the anniversary of his father’s death, TJ vowed to shave his head on Valentine’s Day as a way to raise funds for the Irish Cancer Society.

Within the first 24 hours the campaign had surpassed his target of €950.

"I was very surprised at the large response, especially with the uncertainty lockdowns bring to people, I didn’t think that many people would donate," said TJ who has been blown away by the support.

He is now hoping to raise €5,000 and the fundraiser will remain open for another week after Valentine’s Day.

TJ says he is delighted with the amount of donations and that anything raised above the initial goal is "just a bonus." He wants to thank those who have donated so far.

"Their donation is going to a great cause especially during these times as the cancer services are under pressure, appointments are being cancelled or people can’t make it in. They need the money now more than ever,” he said.