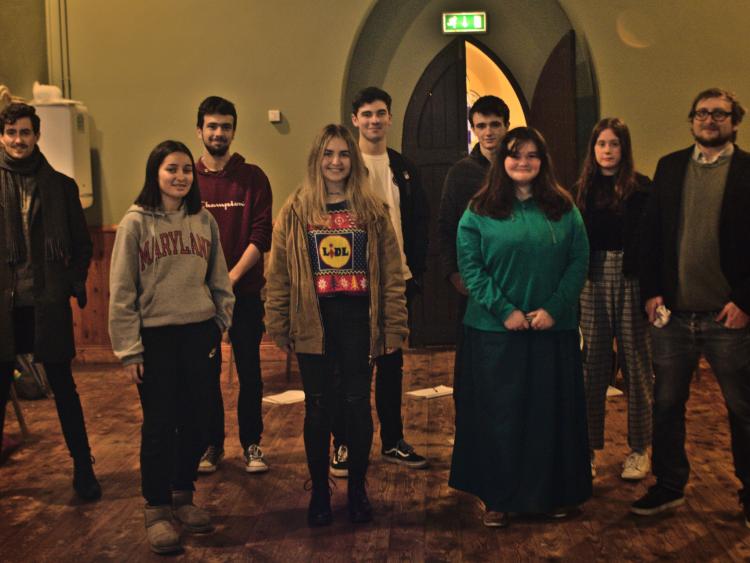 A COUNTY Limerick student beat off stiff competition to be named the Junk Kouture film winner of 2020. However, she lost out on her prize, a trip to the Cannes Film Festival in May!

Covid-19 has played havoc with events around the world and while Róisín Leavy Sahin, 16, from Corbally is disappointed not to be heading to France in May, she will receive another prize soon in addition to the Junk Kouture film award - and she hopes it will be a virtual invite to the famous French film festival.

Róisín, a Transition Year student at Laurel Hill Coláiste created a short documentary film about the Junk Kouture team ‘Laochra Gael’ from  Coláiste Iósaef in Kilmallock. They will also be receiving a prize which delights Róisín. You can find her movie on YouTube on the Junk Kouture channel.

Understandably disappointed she can’t attend the Cannes Film Festival, Róisín says she was happy with the success of her short film. “The whole competition has been a thrilling experience and I’m delighted that it ended so successfully,” she said.

Róisín won the Junk Kouture award through her own work. However, she has decided to develop her skill set by joining a Creative Ireland-sponsored programme called the Emerging Limerick Filmmakers. This group, led by artistic director Pete Moles, is a group of nine who are working on a short film set in Limerick city.

The Emerging Limerick Filmmakers is based in the Kilmurry Art Centre in Castletroy but is currently online due to current HSE restrictions around Covid-19. Pete Moles set up the programme in 2020 with the hope of developing the potential of Limerick filmmakers.

Róisin was one of two filmmakers chosen to direct this short film. Pete Moles said of the decision; “it's important to ELF that young female filmmakers are represented. In fact, there's twice as many female participants, and both of our inaugural short films are directed by female directors.”

This is Róisín’s first project with a big crew but Pete says Róisín’s ambition is exactly what they were looking for. “Young filmmakers like Róisín who take the bull by the horns show the talent that we need to foster in the region,” he said.

If you have an interest in the youth film collective Emerging Limerick Filmmakers you can find their contact information on their website, emerginglimerickfilmmakers.com.