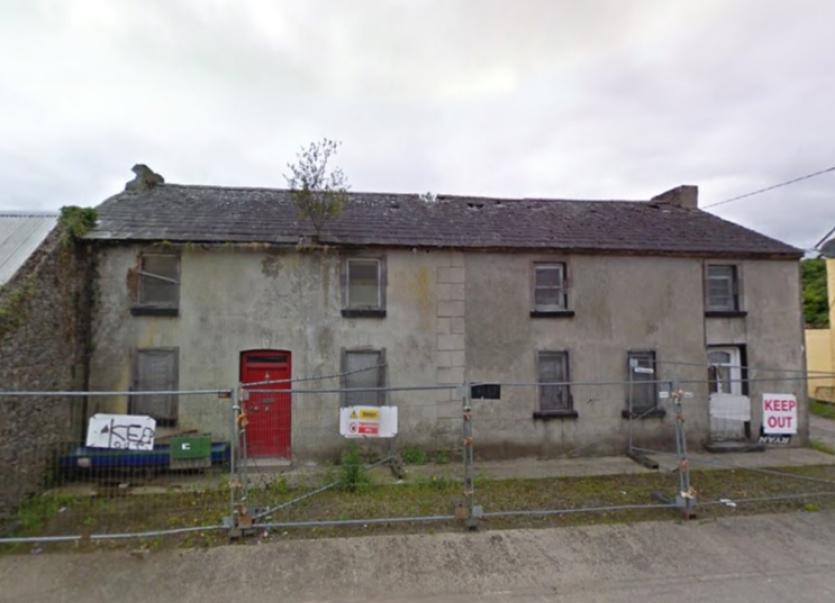 Two derelict houses at Moore Street Cappamore are to be sold for €55,000 | PICTURE: Google Streetview

A NUMBER of derelict properties which were acquired by Limerick City and County Council in recent years are to be sold for a combined total of more than €100,000.

Members of the local authority have approved the formal disposal of the properties which were compulsorily acquired under the provisions of the Derelict Sites Act 1990.

All of the properties are in poor condition and have been vacant for some time.

The local authority has agreed to sell two adjoining semi-detached houses at Moore Street, Cappamore for €55,000 while an end-of-terrace house at the Square in Galbally is to be sold for €50,000.

The houses in Cappamore, which have been vacant for around 30 years, were acquired in 2019 while the property in Galbally was vested to the council early last year.

According to a briefing note, prepared for councillors ahead of their January meeting, there are no conditions attached to the sales which will be completed in the coming weeks.