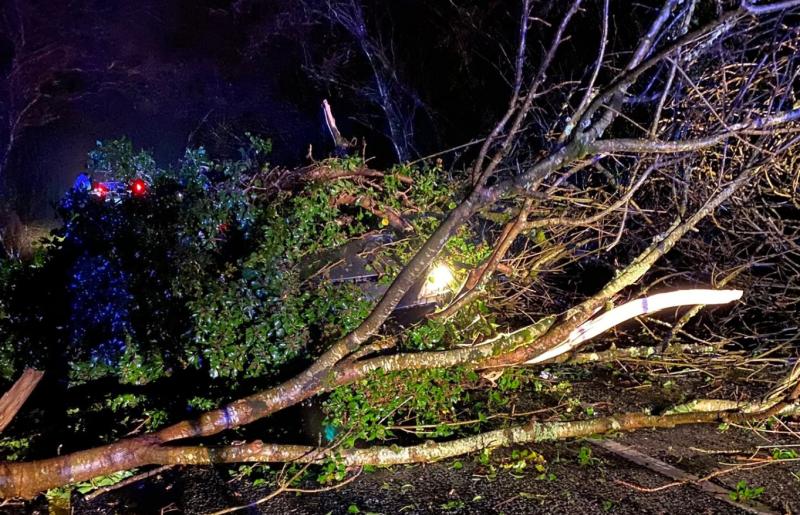 A MOTORIST had a lucky escape and avoided injury overnight after a tree fell on their car while they were driving during Storm Bella.

The incident occurred on a local road near O'Briensbridge shortly before midnight.

Gardai and three units from Limerick Fire and Rescue attended the scene for just under over and hour and the road was fully cleared just before 1am.

Separately, ESB Networks says it hopes to restore power to hundreds of customers in County Limerick later this morning.

According to the Powercheck, 322 customers in the Bruff area have been without electricity since early this morning while a small number of homes are also without power near Abbeyfeale.