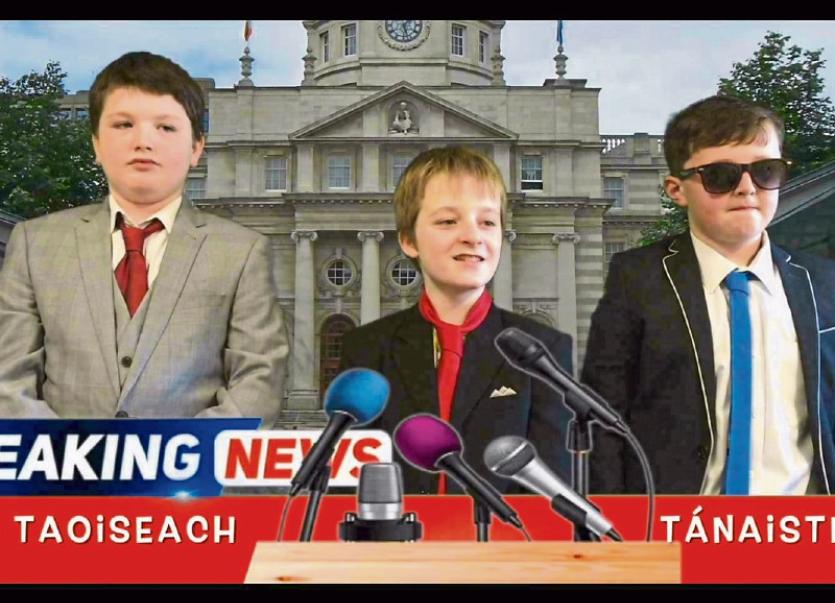 THE Covid-19 crisis has meant students from Corpus Christi School in Moyross were not able to hold their annual Christmas concert.

But they have not missed their moment in the spotlight, with fifth class instead putting together an festive tale to reflect the times we are in, and putting it on the internet for everyone to watch!​

Corona ​Christmas Crisis begins with breaking news from the Corpus Christi News Desk, where the word is that Santa’s journey is in jeopardy.

A reporter is dispatched to the North Pole to interview Santa, Mrs Claus and the elves who are concerned Christmas is in trouble.

Santa shares letters he has received from a bride-to-be , school principal Tiernan O’Neil and an 80-year-old man in a nursing home .

Although fifth class were the stars of the show, there was a special guest appearance from the school’s junior infants, who were filmed separately.

The 30-minute piece was written by resource teacher Fionnuala Bromell and produced by teacher Diarmuid Hickey.

“We decided this year since we could not have the parents in, we’d do a Christmas movie instead. The kids came up with a lot of the ideas,” Fionnuala said.