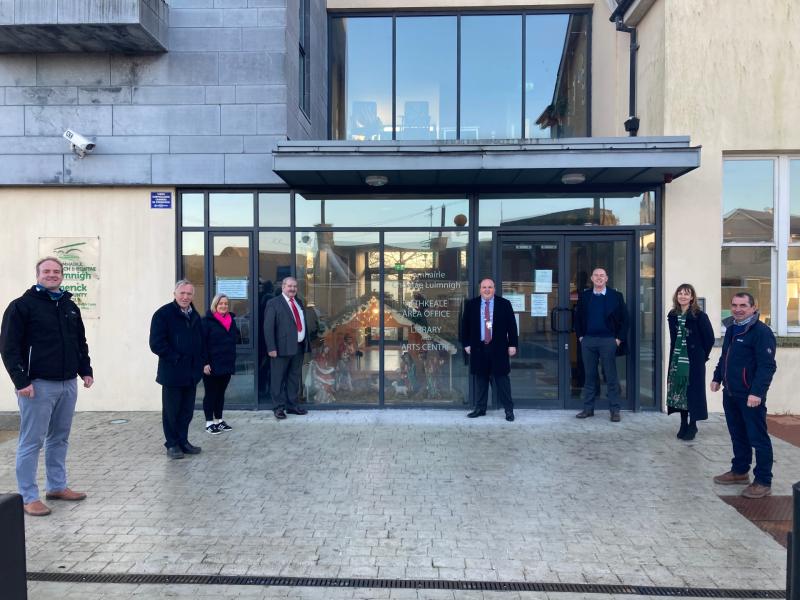 A traditional Christmas crib has been formally unveiled at the Rathkeale offices of Limerick City and County Council.

The crib, which was funded by councillors from the Adare-Rathkeale Municipal District from their discretionary funds, is located in the public foyer of the offices.

It depicts the traditional nativity scene and includes figurines representing Jesus, Mary and Joseph and other characters from the nativity story.

At their October meeting, Cllr Kevin Sheahan proposed that a crib should be installed and it was unanimously agreed that the cost of €2,000 would be divided between the six members through the GMA system - a discretionary fund which councillors have control over.

Because of Covid-19 regulations, a public ceremony to mark the unveiling of the crib could not take place while councilors and council officials were required to observe social distancing and other public health guidelines.

"As chairman of the Rathkeale District I was happy to put on display a Christmas Crib in the area offices. What once was a common practice in public offices has diminished over the years. Time to return some traditions....," stated Cllr Adam Teskey on social media after the crib was unveiled.