Paint County Limerick green and white ahead of All-Ireland - minister 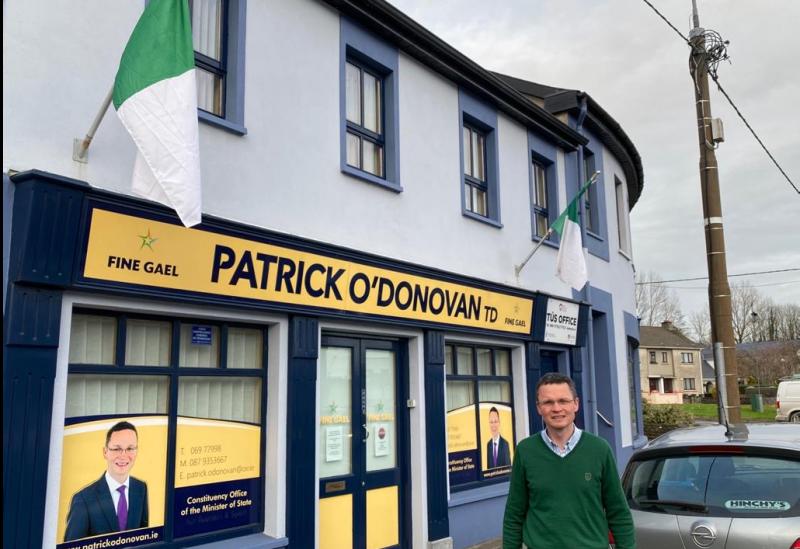 DON'T deck the halls with boughs of holly this Christmas, deck your homes and businesses out in green and white urges Minister Patrick O'Donovan.

He said fans can't show their support in Croke Park but they can display their pride in Limerick.

"We can't be there and the only way we can show support for the players and the management is to literally hang out a flag. All these lads are going to go about their business Monday to Friday and I think if they saw towns, villages, houses decked out in green and white it would show them that we are fully behind them," said Minister O'Donovan.

Driving around the county, he said he has seen many flags up but if this was a summer All-Ireland the place would be "festooned with them".

"I know people are busy getting ready for Christmas, preparing for Santa and everything else, but there are Limerick flags stuck in the back of wardrobes and in attics all over the county. If they can make an effort just to get them out to show the lads and the management team that we are fully behind then it would be brilliant," said Minister O'Donovan.

He also called on the council to help.

"I know that they have contributed hugely to the Christmas lights all over the place but I think that this is an exceptional year. It's an exceptional All-Ireland and I am appealing to the council to show leadership in this, and to don the green and white in a big way.

"I presume there will be an emphasis on the city but you know, Limerick is far bigger than the city. So if they would show this sort of leadership, it would be massively welcome, and people would fall in behind it," said Minister O'Donovan.

We in the Limerick Leader would love to see photos of families displaying their support of the hurlers. Please email your photos to editor@limerickleader.ie for our All-Ireland final coverage.