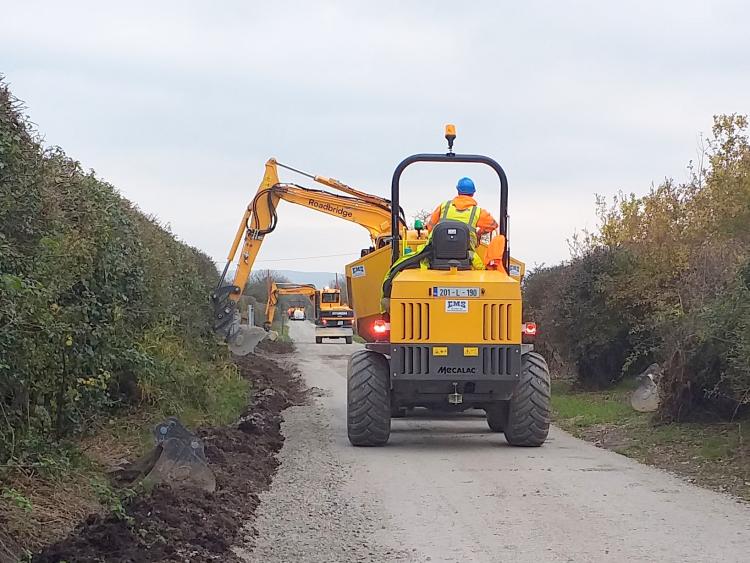 Works to upgrade the surface of the Greenway are continuing

MINISTER Patrick O'Donovan has announced €10.4million in Greenway funding for West Limerick and North Kerry that will ultimately see a distance from Rathkeale to Fenit, Co. Kerry being connected by Greenway.

€2.5million is being allocated by the Government from Rathkeale to Listowel via Newcastle West and Abbeyfeale, €4.5million in funding along the Kerry section from Listowel to Tralee and a further €3.4million to take the Greenway from Tralee to Fenit.

"This is an enormous investment by the Government into the Greenway. €10.4million of funding for this project which goes right through from Rathkeale to Tralee and onto Fenit is a massive investment by the State into tourism and recreation in West Limerick and North Kerry.

"I have been working on this project for many years and to have an investment of this size coming to the area is huge. I know so many people who use the Greenway regularly and everyone says that it really has huge potential in terms of domestic and international tourism," said Minister O'Donovan.

He continued: "As Minister for Tourism I led the development of the strategy locally with Limerick City and County Council for the Greenway development and I also held meetings with Kerry County Council to see that side of it progress. So today's news has been a long time in the making."

Minister O'Donovan said he looked forward to the work continuing as Limerick City and County Council had started resurfacing in Rathkeale.

"I've been working with the council on the Barna Tunnel and also to get them to acquire the stations in Ardagh and Barna, something which they have made recent progress on. Today's massive allocation will allow for further improvements to take place on the Greenway both on the Limerick and Kerry sides, and it represents an exciting potential for both counties and for communities all along the Greenway. I am committed to this and as a local minister and TD I will continue to work and engage with both Councils on it."

Minister for Transport, Eamon Ryan said: "I’m pleased to announce that we will contribute a significant amount to the Great Southern Greenway in Limerick to support the work of the County Council in bringing the Greenway up to a modern standard. This will ensure that cyclists will have a quality experience all the way from Rathkeale to Listowel in County Kerry."

A total of €63.5m has been allocated to Greenways across the country has been confirmed by the Department.

Commenting on the funding announcement, Minister of State Hildegarde Naughton said: "The funding being made today will go a long way in delivering a safe and sustainable environment for active travel in our villages, towns and cities."