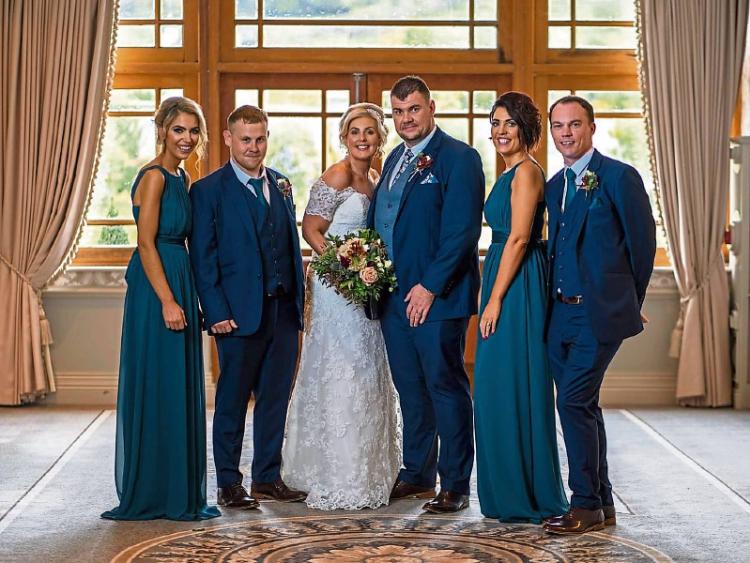 A NEWLY married couple had just 72 hours to plan their wedding day after Covid-19 meant the ceremony was brought forward.

Abbeyfeale man Kevin Foley – son of councillor Francis Foley – got married to Dawn in Templeglantine Church, with the reception at the nearby Devin Inn Hotel.

However, had things gone to plan, they would only have tied the knot this weekend in Killarney.

Instead, with the pandemic once again spreading, and level 5 restrictions initially in place, meant they could not leave their county, the pair did the deed on October 19.

In fact, Kevin and Dawn brought their wedding day forward twice, with the expectation that an effective second lockdown would be introduced.

It meant there were only 25 people present to witness the ceremony – but Cllr Foley said it was a memorable day nonetheless.​

“In fairness to the Devin Inn and the church, they pulled out all the stops and we were able to go ahead. They had planned the ceremony for October 23, but with Ireland going to full level five, the wedding was brought forward another three days,” he said, also praising Abbeyfeale florist Danielle O’Donoghue.

“They never for one moment were considering putting it off. It was what it was, it was what it was going to be, that was it. They just wanted to get married. They'd set the date 12 months ago, and they were sticking to that.”