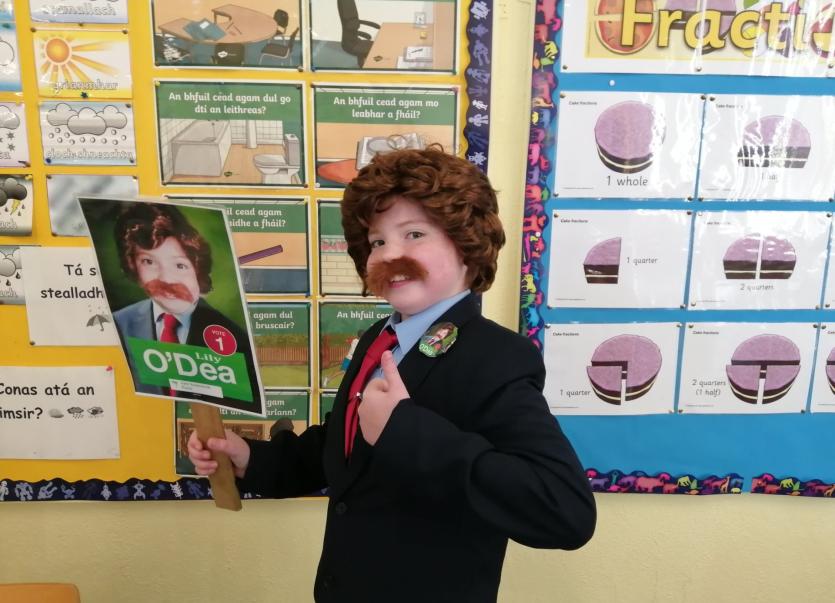 Halloween may be more than a week away but one Limerick TD received a scare this Friday when a County Limerick schoolgirl dressed up as him.

Instead of wearing a traditional ghost, witch or skeleton costume, Lily Hurley, a fourth-class pupil at St Mary's National School in Croom, based her costume on Fianna Fail TD Willie O'Dea.

Not only did Lily master the famous Willie 'tasher' but she also arrived in school with her own "vote 1 Lily O'Dea" poster and badges.

The one difference though is that she's a member of the "Anti-Homework Party".

Having been alerted to the ten-year-old's efforts, Deputy O'Dea took to social media to express his approval.

"I'm seriously impressed with Lilly Hurley who attends Croom National School and dressed up as a certain politician for Halloween!" he wrote adding "With a party like that I think she'll do very well in politics!"

While Lily may be a fan of the Fianna Fail TD, it will be some time yet before she will be able to vote for him!

This is Lilly Hurley's election poster for the 'No Homework Party'. With a party like that I think she'll do very well in politics! Well done Lilly! #Limerick