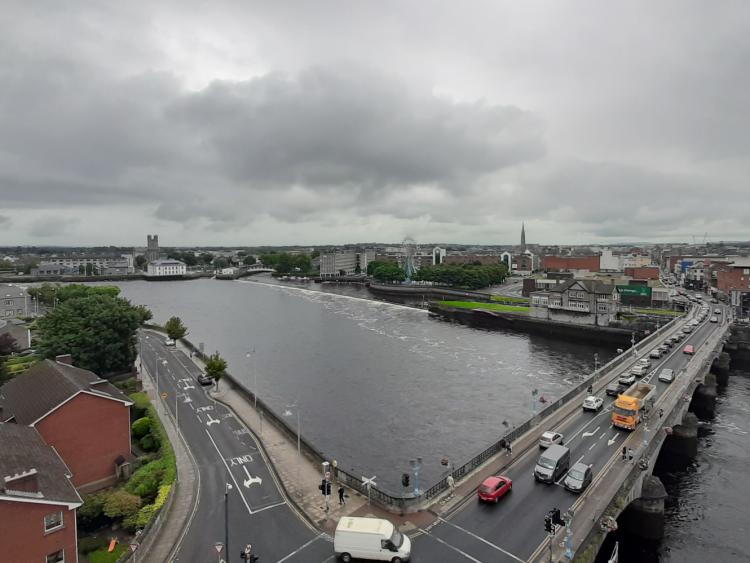 A NEW report has shown that Limerick city has significantly outperformed other cities since Covid-19 restrictions were eased over the summer.

The latest EY-DKM monitor, which has just been published, shows that while the Limerick economy has been heavily impacted by the pandemic, there are some positive signs for the city, county and the wider region.

One of the key indicators considered by the authors of the report is the recovery of footfall in the city centre compared to earlier in the year - before Covid.

According to the report, which was commissioned by Limerick City and County Council, footfall in Limerick has returned to 78% of pre-pandemic levels. This compares to 50% at O’Connell Street in Dublin, 38.5% in Galway and 29% in Cork.

The report, which was completed prior to the introduction of Level 3 restrictions earlier this week also shows that Limerick performed well in terms of job creation during the pandemic, with 1,113 new jobs being announced.

In a further boost for the local economy, the report also reveals that there were 268 new start-ups between March and August across a variety of sectors

A significant investment in research was also announced earlier in the year through a €6 million commitment from Chinese telecoms company, Huawei, through a research funding package for Lero, the Science Foundation Ireland software research centre based at the University of Limerick.

Commenting on the report, Vincent Murray, Director of Economic Development with the Limerick City and County Council said: “While there is still some uncertainty as to how long we will be dealing with the pandemic and what the impact is going to be internationally, nationally and regionally, Limerick has been quite robust in how it has weathered the storm so far."

Mr Murray says Limerick has been "far from unscathed" but that it has a number of advantages compared to other parts of the country.

"We have a number of advantages, not least around our competitiveness, the level of investment planned for the city with the likes of the Opera Site just about to commence, job announcements this year that will really take effect towards the
end of this year and into next and more. So, while we have quite a distance to go on this journey, the resilience so far suggests we’re ready for it," he said.

Dr David McNamara, Director with EY-DKM, commented: "The Limerick Economic Monitor illustrates the unprecedented hit to the local economy in 2020, which is far from unique to the region. However, in spite of the downturn, the supports in place for households and enterprises have enabled the city and county begin the recovery phase on a stronger footing than before, and the level of external investment being attracted to Limerick is indicative of confidence in the region.”

The report reveals that there has been no major change in employment and unemployment figures for the Mid-West in the year to the end of June. This is in part due to the Government Covid-19 wage supports currently in place, which are not reflected in the labour force survey unemployment data.

According to the report, there were 7,980 employees in September availing of the Pandemic Unemployment Payment (PUP) - down from a peak of 22,647 at the beginning of May.

A total of 11,44 people in Limerick have availed of the Temporary Wage Subsidy Scheme (TWSS).

The sectors most impacted by the pandemic have been retail and tourism.

Revenue per available room was down by 33.2% and passenger numbers at Shannon Airport are down by 99.71%.

The EY-DKM monitor also outlines how households shifted spending habits to online, during the height of the pandemic, with most reducing spending and increasing savings.

However, a ‘Shop Limerick’ virtual marketplace developed by Limerick City and County Council in association with Limerick Local Enterprise Office and Limerick Chamber to support local retailers saw 219 businesses listed on the portal and 20 businesses set up online trading.

A separate initiative, ‘Lean On Me’, devised by ‘LiveableLimerick’ and a group of local volunteers to help local Limerick businesses generated €80,000 in revenue for businesses by June.