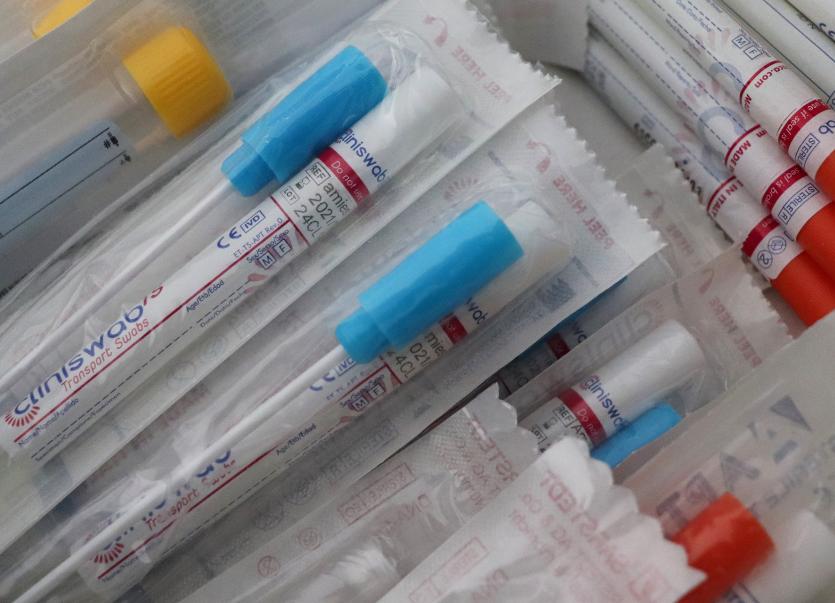 The Department of Health has confirmed to the Limerick Leader that a baby, aged less than a year old, tested positive for Covid-19 in the past two weeks. The oldest person to test positive in Limerick was 78.

Of the 129 new cases in a two-week period, the median age has dropped from 26.5 to 25, the Department of Health stated.

The most recent date from the Health Protection Surveillence Centre shows the 14-day incidence rate of Covid-19 in Limerick is slightly lower than the national rate at 52.3 (per 100,000 population).

Due to the recent surge in cases, the HSE built two pop-up centres in Limerick over the the past ten days.

A total of 669 people availed of the free walk-in service in Rathkeale, while 740 attended the new pop-up centre in the city.

However, according to HSE figures, 163 people who were given appointments at the St Joseph’s centre failed to show up to their scheduled test between Thursday and Sunday.

Doctors and members of the public have flagged the logistics of attending a testing centre that is far from their home.

There are two testing centres in Limerick; the Gaelic Grounds and St Joseph’s health campus. Dr Miriam Murphy, who runs the Care Medical Centre in Newcastle West with her husband Dr John Leonard, said that some of her patients have had to travel to the Ennis Road and even Nenagh for a swab.

“I have had a number of people expressing concern about who should they ask to give them a lift to be tested because they were afraid of transmitting, if they were positive. But there were some visits being done. They were coming by ambulance and being done in the house,” she said.

Dr Murphy, who has to review upwards of 60 messages and forms on a daily basis, in addition to face-to-face appointments, said there has been increased pressure in recent weeks.

“We’ve been busy over the last couple of months, but definitely the last couple of weeks, things have taken off a little bit. We’re seeing an awful lot of coughs and colds. We are triaging everybody over the phone. We’re only bringing people in who have to be brought in. There are a lot of people ringing up about sore throats, head colds, which really wouldn’t be a typical Covid symptom, to be honest with you. We have to fish out what is more suspiciously Covid, for want of a better word.”

She added that it is going to be a “hectic” winter period, as GPs will be expected to give free flu vaccines to children aged two to 12 and those in at-risk groups.

“I think the people of Newcastle West entered into the whole thing, generally, very positive with good humour, and most people have been fantastic.”

Sinn Fein TD Maurice Quinlivan echoes Dr Murphy’s view that the vast majority have been complying with public health guidelines. However, he has expressed concern that Limerick is on a “knife edge” at the moment.

“Limerick is on a knife edge at the moment. The figures are very, very worrying. The vast majority of people have done a really good job. They’ve done what they’re told, they’ve washed their hands, they’ve been doing social distancing. I know people are deeply frustrated at how long this has been going on.

“We are on the cusp of preventing a crisis or avoiding a crisis, and the only people who can do that are the people of Limerick themselves, and I would encourage people to do what they have been doing, which is to follow the HSE advice as best they can. And anybody who thinks they have any symptoms whatsoever should be following the advice; stay indoors, ring your doctor, and follow the medical advice you get from your GP.”

Limerick is currently on the Government’s Level Two phase, in which some restrictions have been loosened around the attending of sports events and the reopening of pubs.