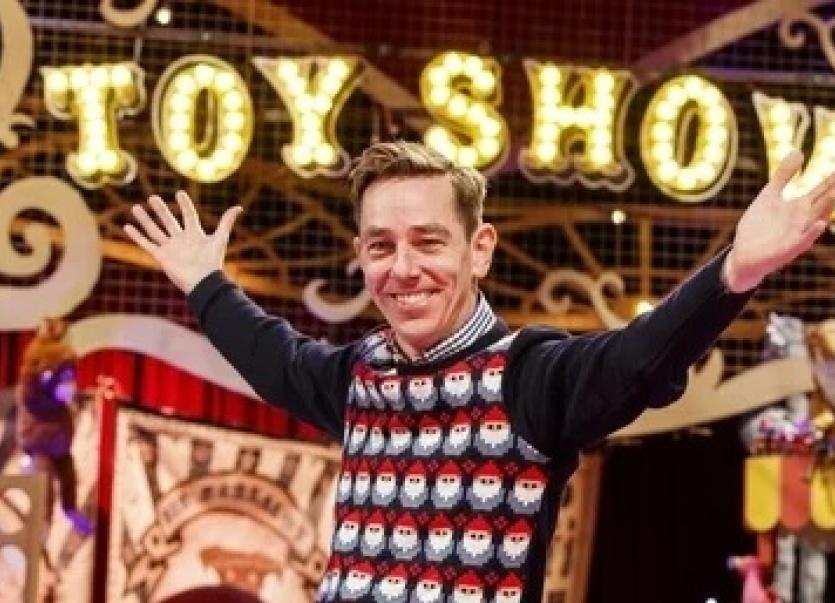 Ryan Tubridy has issued a call-out to the children of Ireland ahead of The Late Late Toy Show 2020.

It’s one of the most eagerly anticipated entertainment shows of the TV year, and applications are now open to children from across the country who would love to appear live on air at the end of November for the annual fun-filled festive extravaganza.

Launching the opening of application lines this morning, he told listeners of The Ryan Tubridy Show on RTÉ Radio 1 that the team wants every child with an interest in the show to apply this year.

"We want to get as many applications in as possible," he said.

"You can be introverted, extroverted, upstairs, downstairs, inside, outside, it doesn't matter, all you have to do is be a child. Before you know it, you can be talking to our elves, and you could be on The Late Late Toy Show."

The Late Late Toy Show is calling on all children across Ireland with any interest in appearing on the show to get in touch and submit their audition tapes by going to www.rte.ie/latelate.