Limerick council to waive fees for street furniture outside businesses 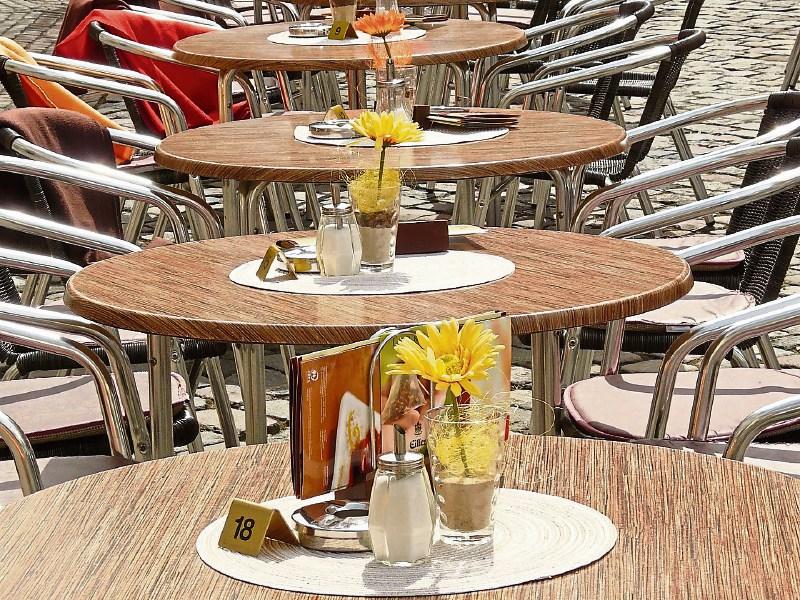 LIMERICK businesses will not have to pay fees to have street furniture outside their premises for the remainder of 2020, it has been confirmed.

Limerick City and County Council has announced that fees for tables and chairs which are placed outside business premises throughout Limerick are to be waived for 2020.

The council says it will waive all fees due under the Planning Code for tables and chairs to allow businesses to cater for additional customers while still observing social distancing.

It is hoped the move will also enliven the city streets as people drink and dine al fresco over the next couple of months.

However, the local authority says it will still be necessary for businesses to apply for permission to place tables and chairs outside their premises in a public place.

“This is necessary in the interests of proper regulation of footpaths, so that those in wheelchairs, using mobility scooters and people with buggies as well as all other pedestrians will still be able to use the footpaths in a safe manner,” said a council spokesperson.

Limerick City and County Council is waiving fees to businesses for on-street furniture as part of our Covid-19 support initiatives, to allow businesses to cater for additional customers while still observing social distancing

In addition to the waiving for fees for tables and chairs, the Council has announced it is also waiving six months of the Casual Trading Licence Fees for 2020 having regard to the impact of Covid-19 on businesses in the Casual Trading Areas of Limerick, Newcastle West and Abbeyfeale.

Application forms for Tables and Chairs can be accessed on the Council’s website Limerick.ie.

Separately, work has begun on the construction of the first of two parklets in the city centre. It will be located at O’Connell Street on a section the block between Thomas Street and Roches Street.

The parklet, which will open next week,  will reassign road space for use by pedestrians and will be a place where people can sit and relax, and take some time out during their visit to the city.

First 2 Parklets installation to begin this week/early next.

The second location is on Catherine Street, between Glentworth Street and Cecil Street and construction will begin once the works on O’Connell Street are completed.

Among the locations include Bedford Row, Thomas Street and the City Quays.

As the reopening of the country reopens, the Parks Department has also increased the volume of flowers it grows in its nurseries this year, to provide even more colourful displays along the city streets and bridges than usual, and has worked with some retailers and businesses in supplying display flowers for different premises in the city centre.

Further initiatives will be rolled out over the coming weeks and months.