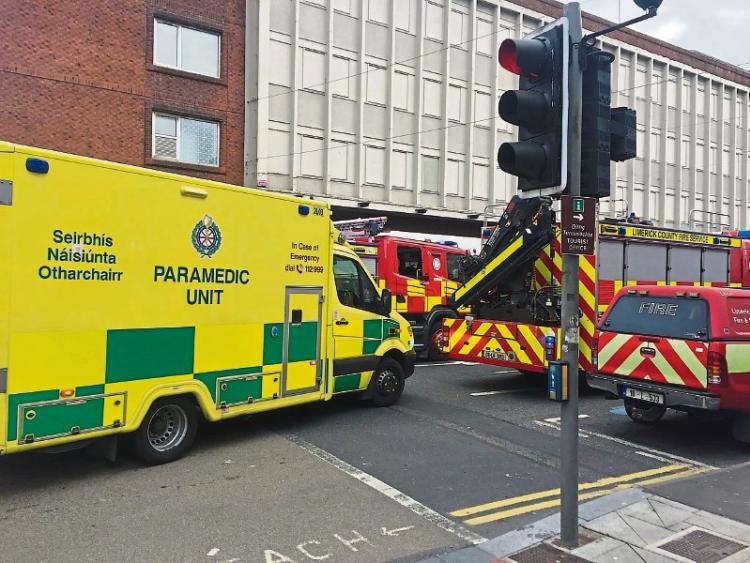 The scene of the accident - PICTURE: Twitter/@CooplaFocal

AN INVESTIGATION is underway after a car struck the front of a department store in Limerick city centre.

The single vehicle incident happened shortly before 7.30 this Wednesday evening, outside Brown Thomas at O’Connell Street.

According to witnesses the car left the road and mounted the footpath before coming to a stop. It’s not known if any damage was caused to the store.

Four units of Limerick Fire and Rescue, gardai and paramedics from the National Ambulance Service all attended the scene of the accident for a time.

A section of O’Connell Street was closed to traffic for around an hour but it has since reopened.

It’s understood one person was taken to hospital as a precaution.