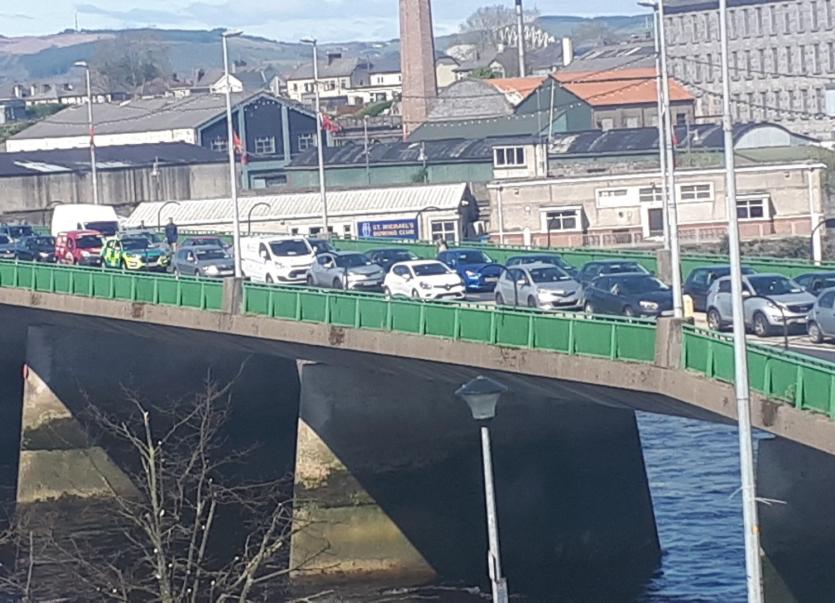 THERE were long tailbacks on a key route into Limerick city centre this lunchtime as a crackdown on people travelling began.

With all but key workers asked to remain home, and restrict their movements to avoid the spread of Covid-19, garda checkpoints were set up in various parts of the city today.

But there has been criticism after some people appeared to be ignoring the guideline to remain at home, instead taking to the road.

It was at the Condell Road, which ultimately links to the Limerick to Galway motorway, where delays appeared most pronounced.

Gardai appeared to be stopping motors with more than one person in. The Limerick Leader witnessed an officer speaking to a car which had four occupants.

In fairness, @GardaTraffic are being very thorough at the checkpoints. There were four people inside the car here. All going to a supermarket apparently. #Covid19 #coronavirus pic.twitter.com/xxy2uMdgFU

It comes as new powers that allow Gardaí to enforce coronavirus restrictions coming into effect.

They're are now able to arrest people who refuse to comply.

People traveling to holiday homes and are stopped by Gardai will be told to return home.

Thousands of checkpoints will be in place nationwide from now until midnight on Monday, to ensure people are not making non-essential journeys.

While garda checkpoints undoubtedly slowed traffic down, there was much criticism on social media due to the sheer number of cars out.

That's outrageous. Hopefully the Gardai will implement their new powers and take action where necessary. This is an affront to the Emergency workers and those in Healthcare, trying their hardest to keep us all safe and well. #PleaseStayAtHome

An insult to any frontline worker going above and beyond during this crisis. Many of them will be very disillusioned by seeing a clear ignorance of guidelines. The sunshine changes nothing. Stay at home ffs

Disgusted to see this. What part of 'stay at home' do people not understand? Glad that @GardaTraffic have the powers to act now, thank you @SimonHarrisTD case in point right here. https://t.co/8YZGbiqd1Z