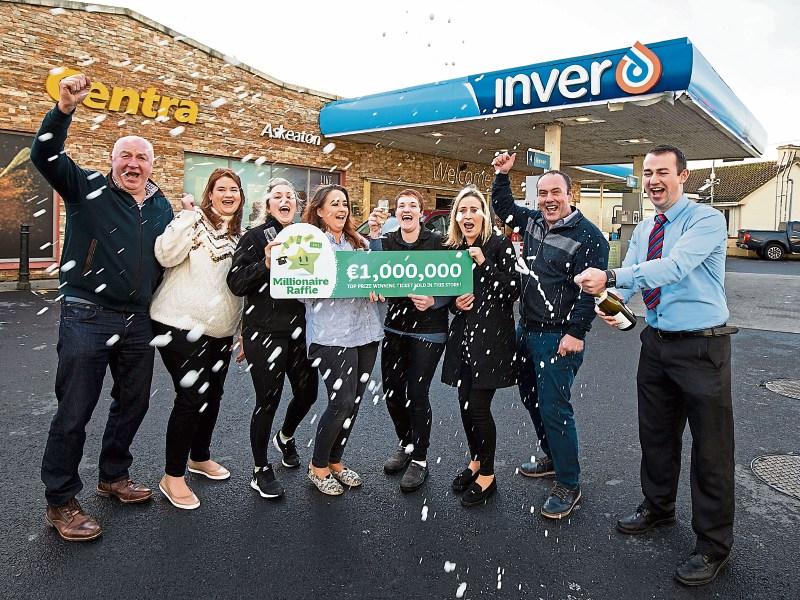 A LIMERICK man is celebrating this St Valentine’s Day after claiming a €1 million prize from the National Lottery.

The lucky winner scooped the top prize in the Christmas Millionaire Raffle draw, which took place on New Year’s Eve.

The winning raffle ticket was bought at Ryan’s Centra in Askeaton.

“I’m still gobsmacked. Even though I’m sitting here holding a cheque for €1 million, I still think that this can’t be real. I was aware that the raffle was won in Limerick but never assumed that it would be me,” said the man who wishes to remain anonymous.

“I had it in mind to check the ticket but it slipped my mind. I had my ticket in a coat I didn’t wear until earlier this week when I found the ticket. I scanned it and fast forward a few days and here I am. I’m still shocked so I’m going to lodge this cheque in my bank account and take a bit of time to decide what I’ll do with the money,” he added.

Separately, a woman from County Kerry also claimed a €1m prize this Friday.

The winner of the Daily Million jackpot on Tuesday, February 4 bought her ticket at Kelly’s Londis store in Milltown, County Kerry.

“I’ve been playing Lotto weekly for a good few years and it was only recently I had a shot on Daily Million. This was just the second time I played and all of a sudden I’m a millionaire – It’s unbelievable! I still cannot believe it and I even took a week off work to get my head around it all,” she said.